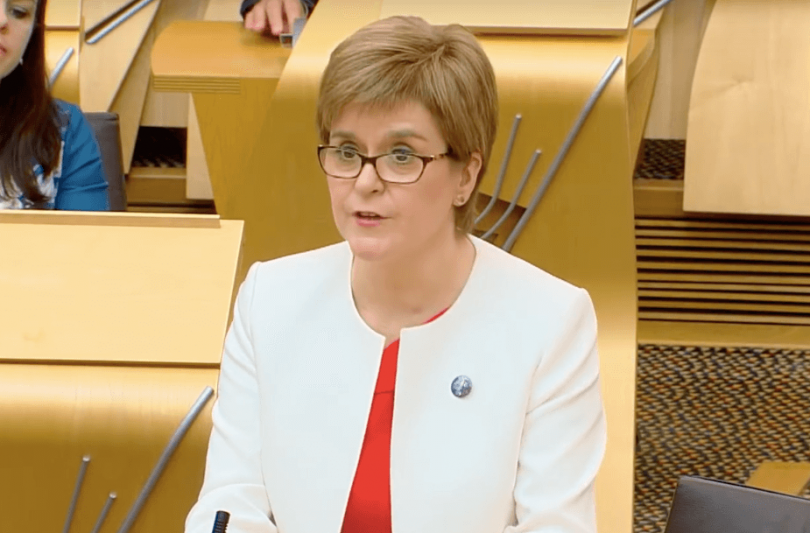 In my last post  I tried to offer some clarity on the scenarios that face Nicola Sturgeon in choosing a time for a second Scottish independence referendum.

A lot of people seemed disappointed I concluded that September 2019 is the date most likely to make independence the victor (assuming there are no delays to the current Brexit timetable). But I stick by the three key planks of my argument that:

1. Uncertainty is the enemy of campaigners for change and that the UK Brexit debacle is not going to help those afraid of change to switch to independence until they know exactly what the Brexit deal is.

2. The UK Government could lose the Brexit agreement vote in early 2019 and this could lead to a General Election, completely wrong-footing any independence campaign.

3. The independence movement is just not ready. More to the point, the SNP is neither ready, nor planning to be ready, to launch a campaign this year or very early next year.

The SNP are about the spend a couple of months engaging on the Sustainable Growth Commission report with business organisations, charities, trade unions and their own members, with a view to turning it into the economic basis of an independence white paper.

I am not, as one confused commenter suggested, looking to delay a referendum until next year – I am looking to bring it forward to next year. The only way that can happen is for a grassroots campaign to move the polls and make it easy for the First Minister to call it.

A lot of people worry that if an independence referendum happens after Brexit on March 29, then Scotland are out of the EU and would have to re-apply. However, under the SNP’s sterlingisation plan, it is by no means certain that Scotland could rejoin without its own currency. So if the plan is EFTA membership to give Scotland single market membership, the Brexit deal that most suits that approach involves the UK remaining in the single market. That means no hard border with the rest of the UK after independence.

It’s generally accepted that Brexit added about between 5% to 7% to the support for Scottish independence, but that about 5% went the other way because of their wish to be out of the EU.

EFTA membership, with a view to considering rejoining the EU in future if the Scottish people so wish, is an acceptable compromise that brings both these groups of voters into the independence fold.

March 2019 remains a possibility for a referendum if EU talks collapse soon, making a no-deal Brexit unavoidable, and this week we have heard that the UK Government is planning to stockpile medicines and food in the event of a no-deal scenario.

So do I think that changes the likelihood of September 2019? No, because I think the UK Government is trying to scare people with the dangers of a no-deal Brexit so that when they come back with a bad deal it will be a relief.

It also allows Theresa May to go to parliament in January or February and say to the hardline Brexiters in her party: “Look at all the dangers I have avoided, back me or the nation will blame you.”

So what are the options for Brexit and how would they impact in any premature independence campaign?

First of all, I don’t believe there is any chance of a Westminster parliamentary majority for a no-deal Brexit and this week’s stockpiling and rationing stories are being leaked to undermine Brexit hardliners. Theresa May on getting her deal through will say to Scottish voters: “I have stopped a damaging Brexit and we have a great deal, so there is no justification for a second referendum and all those scare stories about rationing now apply to independence, not Brexit.”

Without the new white paper and without the full impact of even a so-called soft Brexit looming large in the minds of Scottish voters, that line would have some credibility with potential No to Yes switchers.

Similarly, there is no Westminster parliamentary majority for stopping Brexit, even if all that a deal does is bring in a two-year transition period, with the forlorn hope of trade deals at the end of it. But if Westminster were to suspend Article 50, then despite the fact that the UK would be a global embarrassment, once again it would undermine any premature independence campaign.

A Norway-style deal or indeed a bespoke deal (with higher bespoke costs) is also a possibility and this works well with the Scottish Government’s EFTA /no borders with rUK plan. In other words, Theresa May, to save her own skin and to save the UK economy, is looking to do the deal that will null and void all of the tricky arguments against Scottish independence.

A soft Brexit, however, is still hard on Scotland, and if Scotland is disproportionately damaged by a Brexit deal that works better for England then independence becomes more likely.

We won’t be 100% sure of a soft Brexit outcome until March 2019 though, and as Napoleon once famously said, “never interrupt an enemy in the midst of making a mistake”.

If a hard Brexit becomes the only option then the UK Government could be defeated and a snap General Election called.

In which case the SNP’s manifesto will define the date of the referendum (90% likely) or state that a simple majority of SNP MPs will signal the start of independence negotiations (10% likely).

If the UK-wide winner of such an election has a second EU referendum in their manifesto then the EU would probably agree, but the Scottish Government could add a second question on independence the same day. I think that’s less likely though.

The optimum situation for the Scottish Government is a simple, focused campaign that states what the UK has become, highlights that Scotland will bear the brunt of the economic fall-out from even a soft Brexit and presents a fully detailed alternative plan for a prosperous, thriving, independent nation – this would make independence almost inevitable and can’t be called till after Brexit day.