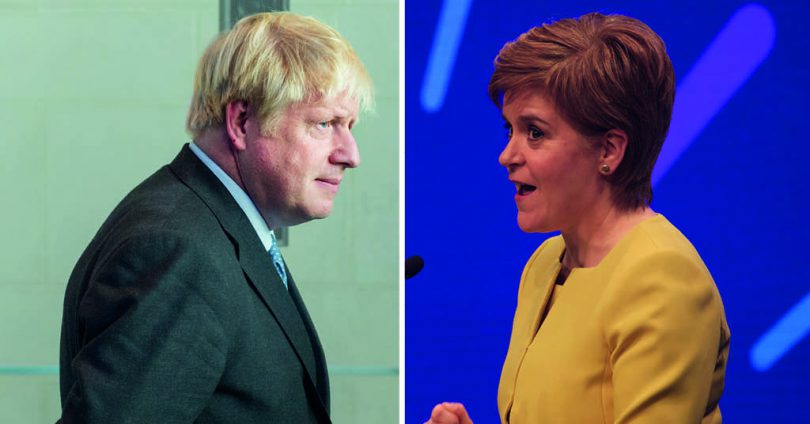 As the argument in favour of holding a second independence referendum within the current parliamentary term grows stronger it is becoming obvious that Westminster’s determination to stand in the way of the vote will crumble. Here are the main reasons why:

Democracy demands that the Westminster government withdraws its objection to indyref2

This will be the main thrust of First Minister Nicola Sturgeon’s speech at the SNP conference today. The party won a record fourth term in office at the Scottish election in May with a mandate specifically committing it to hold indyref 2 in the current parliamentary term.

Since then it has signed a co-operation deal with the Scottish Greens which effectively created a pro-independence majority government. The Scottish electoral system makes single party majorities notoriously difficult to achieve.

The First Minister is expected to say later today: “My approach to government and to politics will be, as far as possible, co-operation not confrontation.

“The experience of the pandemic and the challenges we face as a result reinforces my view that this is the right approach.”

This much is clear. Democracy must – and will – prevail

“So it is in that spirit of co-operation that I hope the Scottish and UK governments can reach agreement – as we did in 2014 – to allow the democratic wishes of the people of Scotland to be heard and respected.

“But this much is clear. Democracy must – and will – prevail.”

She is expected to add that a Tory party with just six MPS in Scotland can hardly claim the right to have the power to decide Scotland’s constitutional future.

No matter what spin the Tories put on the opinion poll it shows a clear majority want a second independence referendum to be held during the current parliamentary term.

The think tank Onward was founded by Tory MP Neil O’Brien in 2018, with Theresa May’s former deputy policy chief Will Tanner brought in as director. It’s chaired by Tory life peer Daniel Finkelstein, a columnist for The Times newspaper, and Berwickshire, Roxburgh and Selkirk MP John Lamont is amongst six serving Conservative members of parliament on its advisory board.

The Scottish government has pledged that the vote will take place only when the pandemic is safely under control.

We are optimistic that … we will find ourselves in a situation where we can see with justification that the Covid pandemic is under control, and we can then have a referendum

That promise has been strengthened by Deputy First Minister John Swinney, who said:  “We’ll know it [the pandemic] is over by the degree to which we have successfully suppressed the virus, and are able to operate without restrictions being in place – essentially, that we have managed to put in place sufficient protection for people and our society from the prevalence of the virus.

“Now, we’re clearly not in that situation because we have particularly high case rates of the virus even though we have a very successful and effective vaccination programme.

“But we are optimistic that the more the vaccination programme continues, the more we take the measures that we are taking, we will find ourselves in a situation where we can see with justification that the Covid pandemic is under control, and we can then have a referendum.”