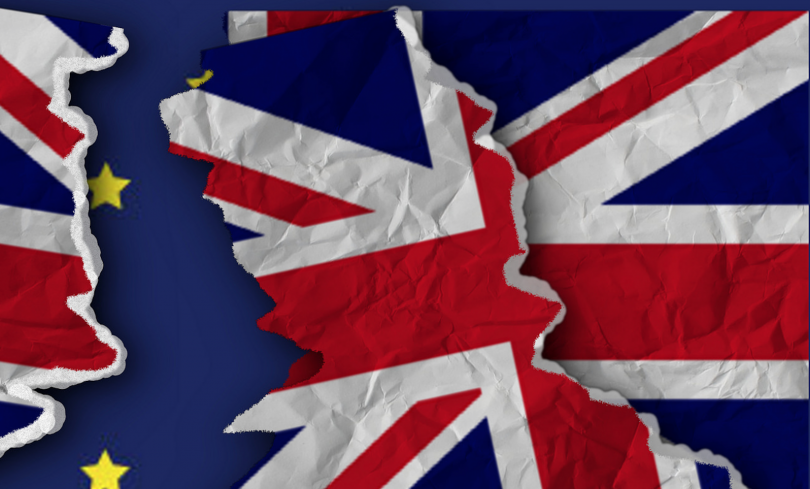 Such fear is plainly irrational as it is absurd to think that Scotland would be incapable of thriving as an independent nation. So much so that, when challenged on this, no sensible Unionist would ever deny it. Scottish politicians admitted this much even during the referendum campaign. Ruth Davidson once said: “I believe Scotland is big enough, rich enough and good enough to be an independent country.” Anas Sarwar stated: “Scotland would probably be a successful country if it was an independent country.”

Even the leaders of the No campaign had to confess that scaremongering was nonsense. Alistair Darling admitted that: “The question is not whether Scotland could survive as an independent nation. Of course, it could.”

David Cameron professed: “Supporters of independence will always be able to cite examples of small, independent and thriving economies across Europe such as Finland, Switzerland and Norway. It would be wrong to suggest that Scotland could not be another such successful, independent country.”

Yet, despite their recognition, these politicians used scaremongering with abandon and it worked. But why?

Political research demonstrates that the more fearful a voter is the more likely they are to support right-wing policies and to sacrifice freedoms for increased perceptions of safety. Change carries with it a balance of risk and reward. Therefore, people with more debt and more to lose if the change goes wrong will always oppose change unless they are completely sure the risks are being mitigated. So the highly mortgaged middle classes and older people reliant on the state for pensions etc, perceive higher risk in all change and will be more likely than not to be guided by fear.

There are two ways to negate such fear tactics. The first is to engage, educate and inform. We must avoid arguing which engages the amygdala, the gland that introduces fear into the brain in stressful situations. Insightful, calm, reasoned and non-confrontational conversations are powerful antidotes to those who are open to independence but are worried about the hyped-up risks the media have bombarded them with.

The second way the independence movement can overcome the fear of change is to turn that fear back on the Union. Brexit is key to that – for the first time, there is no status quo for the fearful to hang on to. The UK Government’s own analysis points to food and medicine shortages, queues at Dover, jobs lost and falling exports. There will also be a reduction in Scotland’s economy over a decade of 8.5% under no deal, 6.1% under a comprehensive trade deal and even by 2.7% if we stay in the single market.

This isn’t scaremongering as it has the benefit of being the truth and being irrefutable especially by Unionists as it comes from the UK Government’s own analysis. However, Brexit worries alone are not enough and need to be used in tandem with a positive and “conservative” plan for mitigating risk to win those worried voters over. That plan is what the SNP must develop from the Sustainable Growth Commission (SGC). Risk-free, hope-driven thinkers in the independence movement may have thought the SGC too conservative, but it wasn’t aimed at them.

Some will say the independence movement using fear of Brexit is a betrayal of the positive message that moved the polls by almost 18% or so in 2014, but research into how fear can increase conservatism in political opinion, published by Dr John Bargh in the European Journal of Social Psychology, illustrates my point almost amusingly.  He asked 300 Americans to complete an online survey on issues such as gay rights, abortion, feminism, immigration and resistance to social change. Before answering the questions, they asked one group to imagine that they had a superpower making them completely invulnerable to any harm.

Those that had imagined being invulnerable became far more open to change, more tolerant on issues such as gay rights and immigration and social change. Indeed, without fear, those natural conservatives saw society and change in almost exactly the same way as those with hope as their motivator. Another research project made respondents read warnings about flu epidemics, offering half hand sanitiser before they completed the survey. They found those offered the sanitiser were significantly less conservative in their answers and more open to change.

Could the mainstream media’s diet of negativity and fear, therefore, be driving the political culture of right-wing conservatism that has gripped the UK? If you remove fear from the conversation, refusing to rise to the bait, avoid arguing and triggering an amygdala hijack in your conversations on independence then people become more open to independence.  The more you argue the more you lose votes, the more you challenge and exchange insults the more you lose votes. In parallel, the more you forgive differences in opinion and seek to educate, inform and share a positive vision the more chance you have of converting people from to your way of thinking on the issue.

Politically engaged people like to think that voters make thoughtful political judgements, but that the research suggests that may be a little naive. Those least engaged, least informed and educated often make decisions based on fear. So calling a referendum on independence before the very real threat of Brexit damage to the economy and our lifestyles materialises would simply add too much risk to the equation to be sure of hope winning out.

Getting Westminster to vote to stay in the single market and customs union would also mitigate the irrational fear of an independent Scotland’s trade with England being damaged by independence. Those independence supporters frustrated with the Scottish FM’s lack of focus on independence maybe need to realise that independence might actually she is focused on.