There is a plethora of time-bombs located in and around the UK economy. We have a pensions affordability time-bomb, a demographic time-bomb, another banking liquidity time-bomb, a personal debt time-bomb and if you read my column last week you will have read my warnings of a probable 2017/18 housing market price collapse, which 24 hours later was backed up by a major report from United Bank of Switzerland claiming that ”The London housing market has formed the world’s biggest house price bubble and is at risk of bursting”.

The trouble is that the time we need to get our economy straight is running out and we need to start applying radical growth plans now.  The UK Government has a majority mandate to follow an austerity route and it will continue to do so till the short time window to take the actions required to defuse those economic incendiary devices will have closed.  However the emerging constitutional settlement brought on by the Scotland Bill, and English Votes for English Laws turning out to be an unmanageable constitutional fudge, it is far form being the “best” and is clearly the “worst” of both worlds. This leaves Scotland’s economy without the policy flexibility and fiscal levers to address some of the most worrying structural problems brought on by Westminster’s mismanagement of Scotland’s economy.

The Scotland Bill doesn’t give the Scottish Parliament all the powers it needs to fully mitigate the cuts to tax credits nor does it give them the required combination of powers and budget to reimburse those whose already low household incomes are cut.  As the UK makes significant cuts to tax credits in England meaning England’s budget will be reduced, this will reduce Scotland’s overall budget which is still set as a percentage of England’s. The Barnett Formula allocates extra monies to Scotland, to compensate for structural costs differences, for example to cover the additional costs of running the Scottish NHS in rural areas. Sure, the Scottish government can raise taxes but the tax powers are hugely limited.

Simple personal tax band changes are a blunt tool and aimed at personal tax payers rather than offering a full suite of taxation powers that could generate higher tax revenues through economic stimulation. You can’t have a piecemeal or gradual approach to devolution, you either devolve or you don’t, there is no devo-lite solution its like trying to drive a car with only half an engine – its not going anywhere. For taxation policy to be effective it requires a whole suite of interconnected taxation powers or you place the weight of taxation too heavily in one group of taxpayers and unbalance your economy. 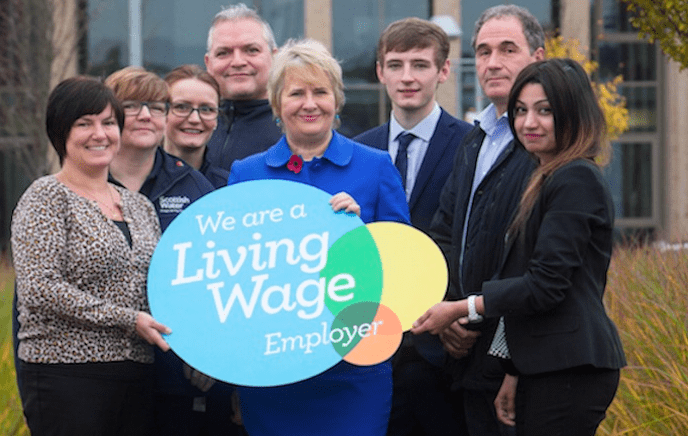 If you want to raise total income tax revenues to pay for the mitigation of Westminster cuts you can raise income tax bands but that would leave people out of pocket and leave the 400,000+ low paid workers in Scotland, many of who qualify for tax credits, out of pocket. Raising taxation on higher pay bands has less of an effect as you are taxing the few to give to the many. A better plan would be to use targeted corporation tax cuts to reward business that pay the true Living Wage which would take people out of tax credit territory, giving people more money to spend in the economy and as wages have risen also increase overall income tax take. However Westminster won’t devolve corporation tax to Scotland even though it is being devolved to Northern Ireland.

VAT is another good example, if Scotland were to follow 21 out of 28 EU nations and cut VAT on tourism related activities that would encourage tourism, increase foreign currency flows and boost the tourism industry which is both a major rural employer and major employer of low paid workers.  EU rules make the devolution of VAT control to a region of a country difficult so independence would again be the better solution, but if David Cameron is committed to devolving powers and really believes he can negotiate concessions from the EU prior the EU referendum then lets see him put devolution of VAT varying powers high up on the negotiation wish list.

One highly controversial area where tax raising powers could increase revenues and greatly reduce healthcare spending is a tax on high sugar and high fat foods. This is just an extension of the same rational that we all accept with higher taxes on cigarettes and alcohol. Scotland has the 5th worst obesity levels in the world (England is 6th) and McKinsey Global Institute research found the total economic impact of obesity in health care costs, loss of productivity and impaired life quality in the UK costs as much as 3.0% of GDP. In Scotland that means that obesity demands £4.6 billion of our annual budget, more than the interest we pay on the UK’s national debt mountain and over a third of Scotland’s £12bn NHS budget.

Every time the average body mass index (BMI) for Scotland increases by one unit adds a £16 to the cost of obesity to Scotland multiplied by 5.3 million population that’s £85 million for each single unit BMI increase and its growing by around £5m a year. Adding a 20% tax on sugary and high saturated fat foods, as supported by the British Medical Association, to pay for subsides on fruit and vegetable and cooking and lifestyle intervention programs could help stop 25,000 Scots becoming obese over the next five years, could be revenue neutral and start to eat into the healthcare costs of obesity and related diseases such as diabetes, heart disease and cancer that are overwhelming health service budgets. To put this into context some estimates put the cost of diabetes alone at some 10% of the NHS budget.

Denmark has tried and failed to win support for a tax on fatty foods but has nowhere near Scotland’s obesity problems. Hungary has introduced a tax on high sugar, salt and caffeine products, but only those, which have healthier alternatives. Finland has a tax on confectionary and soft drinks, France a tax on soft drinks, paid by manufacturers and importers. Mexico has set a tax of 10% on sugar sweetened drinks and 8% on processed foods containing more than 275 calories. While such a tax might be unpopular it might it be part of a radical solution to raising tax revenues, productivity and tackling ill heath and an obesity epidemic that will bankrupt the NHS in a generation.

Scotland has all these time-bombs to defuse, and having lived through a devolution referendum two Scotland Acts, two Commissions (Calman and Smith), a close run independence referendum, the Vow and multiple promises of more powers there are no plans whatsoever to give the Scottish Parliament full control over any of the big five taxes we could use to restructure our economy.  Not only that we are expected to start spending the structural cost contribution from the Barnett Formula on mitigating benefits cuts implemented by a Government that only one constituency voted for.  If it makes you feel better, Westminster is sitting on a constitutional time-bomb that will explode some time in the next ten years.

Leave a Reply to scottieDog X