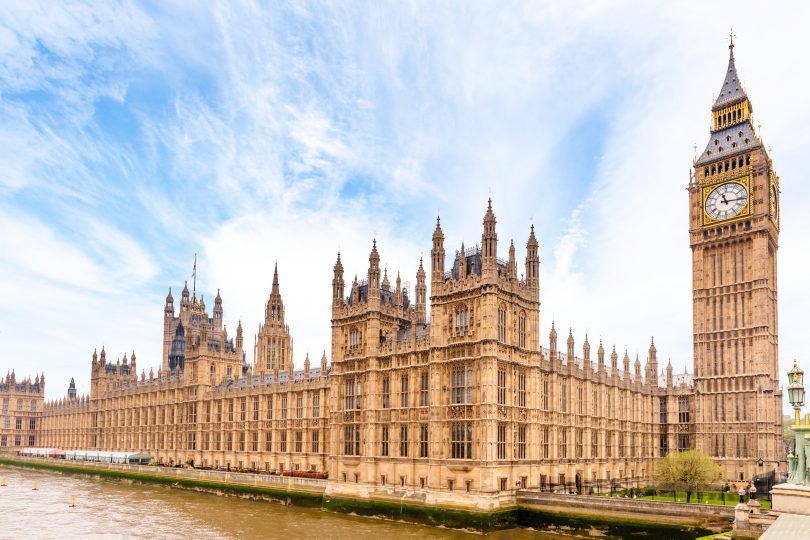 The UK government  today refused to deny suggestions it acted to have an article predicting economic success for an independent Scotland co-written by one of its own advisers taken down from an academic website.

The article written by Geoffrey Chapman, a UK government economic advisor at the Department of International Trade, and Richard Mackenzie-Gray Scott, a research fellow at the Bingham Centre for the Rule of Law, was published on the London School of Economics website.

It argued that independence would have long-term benefits for Scotland.

The authors compared Scotland’s position to the ‘’Velvet divorce’’, when Czechoslovakia was formally dissolved and the new, independent countries of Slovakia and the Czech Republic were created on 1 January, 1993.

The article stated: ‘’With modest population growth alongside good GDP growth, supported by stable participation in international trade, it seems Scotland is in a far better initial condition than either the Czech or Slovak Republics, and can therefore expect similar (if not better) post-independence outcomes.’’

Believe in Scotland published a report on the article yesterday. Hours later the article disappeared from the LSE blog site.

It went on to say that the Scottish government could expect international recognition as a state if it organised an independence referendum without Westminster’s consent which returned a majority yes vote.

Believe in Scotland published a report on the article yesterday. Hours later the article disappeared from the LSE blog site. Business for Scotland believes the UK government had asked the authors for the blog’s deletion.  Good job the article was archived here

A UK government spokesman refused to comment on suggestions it had been responsible for the article’s disappearance.

The spokesman would only say: “The views expressed are those of the authors. They do not reflect the views of the Department for International Trade or the UK government.”

Business for Scotland founder and chief executive Gordon Macintyre-Kemp said: ”The dishonestly of the UK government is well known, including multiple breaches of the ministerial code, multiple attempts to mislead parliament and even an illegal attempt to prorogue the Westminster parliament which was defeated in the courts.

”Recently we have had newspapers publish polls with methodology changed to give false results favouring the union and others just downright lying about the poll results to get pro-union headlines and then correcting the poll days later to show a significant lead for Yes.

”Now we have to ask if the UK government pressurised academics not to publish the obvious truth that Scotland will thrive and prosper as an independent nation. The suppression of academic views coupled with skewed research papers paid for by the UK government is the sort of behaviour you would expect in dictatorships, not modern democracies.

Boris Johnson: under his government democracy is in crisis

”Democracy is in crises under Boris Johnson’s government and the mainstream media seem to have no interest in holding them to account.”

Chapman and Mackenzie-Gray Scott had published a similar academic article at the beginning of January this year, which can still be accessed here.

It puts forward an argument that Scotland could organise a referendum without Westminster’s consent which would be perfectly legal.

Under the Scotland Act the Scottish government has no authority over reserved matters, defined as a matter which also affects the UK. But the authors suggest that HOLDING an advisory independence referendum would not in itself affect the rest of the UK.

Acting on its outcome – if it resulted in a Yes vote – would clearly affect the UK but that outcome of the vote would not be known when organising the referendum itself and so it can’t be declared unlawful retrospectively.

The authors go on to say that an advisory referendum on independence would still have political force and could not be easily dismissed by Westminster. The EU referendum was not legally binding but was still enacted into law.