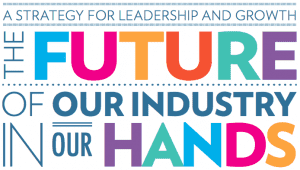 This year Scotland will be on the world stage like never before. With the Commonwealth Games, the Ryder Cup golf competition, the Year of Homecoming and the MTV Europe music awards, 2014 is forecast to be a record breaking year for Scottish tourism.

The tourism sector was also worth £4.3 billion in direct expenditure from overnight visitors.

This is because of Scotland success in a range of tourism areas. Scotland has historic sites like Edinburgh and Stirling Castle, epic scenery like Loch Lomond and Loch Ness and the vibrancy of nightlife and dining in Scotland’s major cities.

Scotland’s islands are also renowned as beautiful destinations. Lewis and Harris, the Orkney islands and Mull were awarded spots among Europe’s top 10 island destinations (alongside sunny Greek island getaways) in a recent poll.

A report released last week said Scotland is set to experience a ‘tourism boom’, with growth in Scotland faster than in the rest of the UK. The report stated that this would bring ‘longer term’ benefits especially for the retail, leisure and hospitality sectors.

This growing sector is one of many strengths in Scotland’s economy. With economic powers in Scotland all governments have developed plans to make the most of Scotland’s global popularity. 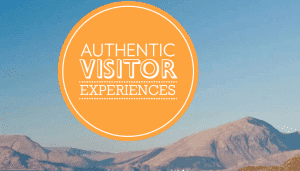 Scotland is a world renowned destination. Scotland has exceptional natural assets in the beauty of its scenery. Scotland also has an unrivalled cultural sector through events such as the Edinburgh Fringe and International Festival. In terms of business conference locations, heritage, quality dining, nightlife and digital connectivity, Scotland is in a position of strength.

2014 is set to provide more opportunities than ever to build on Scotland’s tourism success, create more tourism jobs and expand revenue for businesses in Scotland.

The National Tourism Strategy is ‘Tourism Scotland 2020’, launched in June 2012. It provides a plan to grow jobs and the number of visitors to Scotland through cooperation between industry and public organisations. (General introduction document)

These include VisitScotland (the national tourism organisation, which focuses on marketing, information provision and quality assurance); Scottish Enterprise (which develops the Scottish Tourism Alliance, aids collaboration and investment in tourism infrastructure); as well as organisations like Highlands and Islands Enterprise.

These include outdoor activities, events and festivals, key destinations (such as travel breaks to towns and cities), business tourism, heritage tourism, quality and skills for visitor experience, food and drink entertainment, sustainability and digital connectivity.

Improving these aspects of visiting Scotland aims to increase visitor numbers from four key geographical areas – from the rest of the UK, from near European neighbours, from the USA, Canada and Australia, and from emerging markets in India, China, Russia and Brazil.

Power over spending and promotion allows the Scottish Government to support the tourism sector. This support will continue after independence. Independence will give Scotland greater powers to support tourism through the tax system and in terms of international promotion.

The act of independence will literarily put the nation of Scotland on the international map.

A) A number of independent countries have reformed their tax system to support the tourism sector. Such initiatives have focused on reductions in Value Added Tax to encourage greater investment and reduce tourism costs. The Scottish Tourism Alliance and the British Hospitality Association both support a cut in tourism VAT in an independent Scotland.

B) International visits to Scotland depend on affordable flight connections. The ability to support expansion in connections is crucial. Ireland and Catalonia, for instance, have successfully expanded their international connections and created ‘business hubs’ of inward investment.

Reducing Air Passenger Duty has played a part in this process. An independent Scotland is expected to cut ADP by at least 50% to encourage more flights to Scotland. This should boost overnight stays in Scotland. Willie Walsh, the Chief Executive of British Airwaves, and Michael O’Leary, Chief Executive of Ryanair, have both been positive about Scottish independence, as it would support growth in aviation.

Governments can promote Scotland’s tourism strengths through networks, embassies and events. The Scottish Government already promotes Scotland as a destination through Visit Scotland projects and events overseas like Tartan Week.

An independent Scotland will have greater global reach and greater resources for international business projects. Scotland Development International currently has 27 global offices. An independent Scotland will have at least 70 embassies to promote Scotland. In a practical sense, diplomatic agencies will be established in Scotland for government relations. This will encourage closer links and trips between Scotland and the peoples of nations across the world.

Independence will make Scotland an equal nation on the world stage. Beyond the material benefits of promotion, this will boost Scotland’s image and brand on an enormous scale. Scotland as a destination will benefit from a range of factors from Scotland playing a greater role in world affairs.

As former White House chef David Macfarlane say “A Yes vote will generate a massive boost for Scotland the brand, and generate interest in Scottish culture around the world.”

Scotland will have an Olympic team, participate in the Eurovision song contest, be a member of the United Nations and European Union, expand trade and diplomatic visits, create more films, drama, and comedy through a Scottish Broadcasting Corporation…there is a long list of new forms of brand recognition that accompany independence. In short, independence will put Scotland even more firmly on the map as a tourist destination.

Powers over spending and promotion in Scotland have created a model that supports tourism in Scotland. Making decisions in Scotland means that policy makers are more accessible than at a Westminster level. This improves cooperation between organisations and creates flexible and responsive ways of working together.

Governments in Scotland are most likely to promote the full benefits of visiting Scotland in comparison to Westminster’s interests, which are less focused on Scotland. Labour, Liberal and SNP parties all contributed to winning the Glasgow Commonwealth Games bid and bringing the Ryder Cup competition to Gleneagles. Successful promotion by Government creates more opportunities. The full powers of independence will bring the full opportunities available to independent countries.

Scotland’s tourism sector is flourishing. It is an example of why Scotland is a wealthy nation with the skills, resources and finances to succeed as an independent country.

2014 is a unique year to celebrate Scotland’s place as a global destination. It is also a year where Scotland can expand its international horizons to promote Scotland for generations to come.