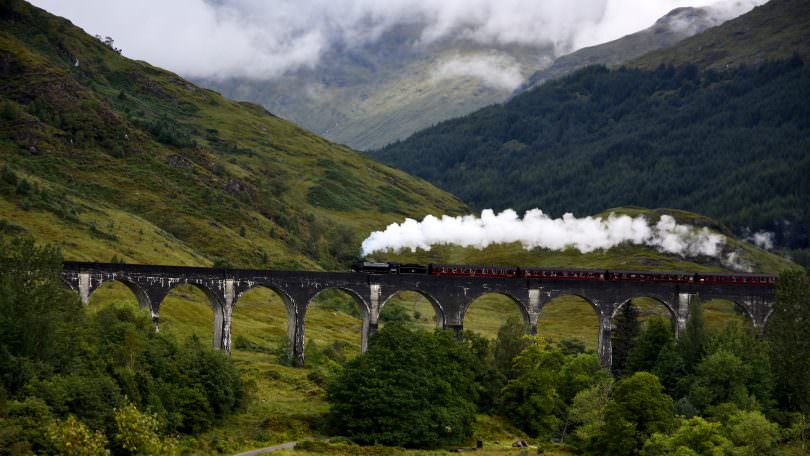 As we enter the New Year, Scot Rail has announced another rise in ticket prices. The average rise will be 2.4%, slightly lower than the UK average. While this increase will hit the pockets of all individuals living in and travelling across Scotland by train, this rise in price will be significantly damaging for those in rural areas who also suffer less advanced transport networks.

Travelling to and around certain regions of Scotland, particularly rural areas, can be difficult and costly. This can deter locals and tourists from travelling to rural areas of Scotland, and those who do, often travel by car rather than public transport. Developing new railway lines and extending and improving those already in place would benefit the tourism sector, small local businesses, and the rural economy overall.

Not all rural areas of Scotland face this type of isolation. Parts of rural Scotland already possess effective public transport systems, creating greater accessibility between major cities and rural areas of Scotland. For example, the borders railway line offers efficient and regular transport between Edinburgh and Tweedbank, including stops at places such as Shawfair and Galashiels. The success of this network is displayed in the fact that over 4 million journeys were made on this line throughout a three-year period.

The West Coast Journey line allows tourists and locals to explore one of the beautiful coasts of Scotland, starting from Glasgow and travelling south to Stranraer. This route makes it possible to easily access parts of the West Coast, including areas such as Ayr.

However, other rural areas do not have such accessible and frequent transport systems. Only 41% of people stated that they were satisfied with the quality of public transport in rural Scotland. This figure demonstrates the need for improved and more efficient services. An example of a rural transport network that requires improvement is the West Highland Line. This train runs less regularly, with only 4 trains running from Glasgow to Fort William a day and only 6 from Glasgow to Oban.

Expensive ticket fares are another problem that many rural areas face when trying to attract visitors. To travel from Glasgow to Inverness by train, for example, ticket prices range from £46 to £98 for a standard single, or to travel from Glasgow to Campbeltown, in Argyll and Bute, where travelling by train is not an option, a return bus ticket is nearly £40. It is clear that improvements must be made to both the costs and available networks. Extending railway lines, offering more frequent services, and lowering the price of fares would encourage locals to explore their own country and promote tourism across the whole of Scotland.

Are travel deals really helping people to save money?

While lowering ticket prices could be an option, offering money-saving deals is also a method used to encourage the use of public transport. A number of travel deals and passes already exist to try and make travel more accessible across the whole of Scotland, especially areas that face inadequate transport networks.

For example, the introduction of the Scot Rail “Spirit of Scotland Pass”, which aims to encourage tourists and locals to travel across Scotland, particularly areas that can be more difficult and expensive to reach. This travel deal allows for individuals to  experience unlimited travel around the majority of Scotland for either 4 days (over 8 consecutive days) at £149, or 8 days (over 15 consecutive days) at £189. This includes travelling by ferry, bus, train and coaches. 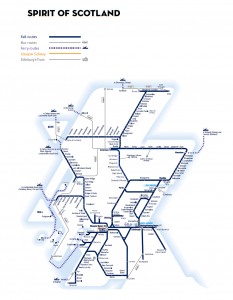 While this sounds like a good deal, there are various limitations. This pass does not allow unlimited travel in all areas of Scotland. Therefore, to travel to certain regions, you must buy an additional ticket, and this can get expensive. A large number of Scotland’s most popular destinations require extra expenses to travel to. For example, the pass takes you close to Eilean Donan Castle, Glencoe, Aberlour, Torridon, Orkney Islands, and Luss (Loch Lomond). However, all of these famous Scottish spots require catching an extra bus, that is not included in the pass, to be able to reach the destination. This means that the individual must pay for this bus fee, on top of the price of the Spirit of Scotland pass.

Another downfall of the “Spirit of Scotland” pass is caused by the limited transport services in rural Scotland. If one connection journey is missed this can delay the whole trip by a day. This is an issue when the pass only remains valid for either 8 or 15 consecutive days.

Offering completely unlimited travel across the whole country, but at a higher price, could be a way of improving this travel pass. This would allow for access to all areas of Scotland and would avoid individuals being surprised by additional costs.

What are the government doing?

In response to some of the issues discussed in this article, the Scottish Government recently terminated Abellio’s contract to run Scot Rail. This means that the company will now stop operating in 2022 rather than 2025. Apart from the reasons discussed above, Scot Rail, under Abellio, is also renowned for overcrowding and delays. The poor quality of service offered by Scot Rail is highlighted by the new figures stating that Abellio has been fined £3.3 million due to service failures in 2019. Such failings involved lack of cleanliness, litter, and on-train information.

Therefore, despite Scot Rail charging higher fares than many of the publicly-owned rail services across Europe, their customers are not benefitting from a more efficient system. This will certainly be considered by the Scottish Government, as they have confirmed that work has already been undertaken to find the best solution after the current contract terminates.

Scottish rail services and networks must be developed and improved. Hiking prices and limited networks across rural Scotland is damaging our economy, with locals and tourists facing costly fares and inefficient services. Expanding and creating new lines to rural areas, such as the successful borders railway line, would benefit local businesses and the tourism sector, and would encourage more people to live in and travel to rural areas of Scotland.