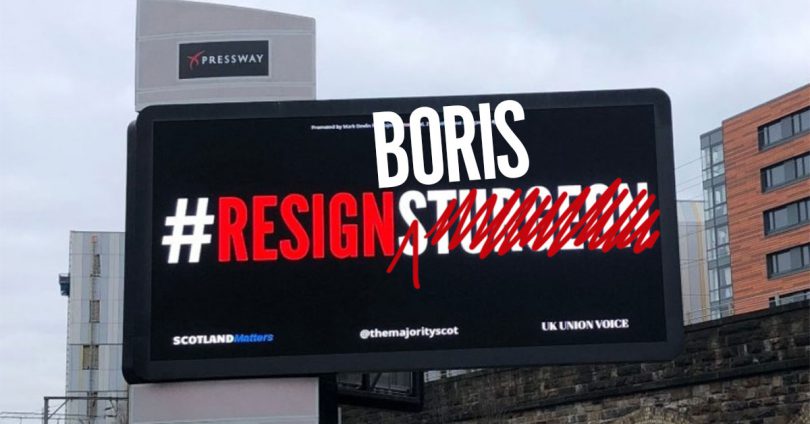 A grand total of three digital billboard were unveiled today on sites in Glasgow, Edinburgh and Aberdeen  bearing the words: #ResignSturgeon and the logos of Scotland Matters, @themajorityscot and UK Union Voice.

A banner repeating the resignation call was also towed behind an aeroplane flying over the Scottish parliament, Edinburgh and Glasgow.

Boris Johnston: ”The contracts are on record for all to see”

The events were somewhat overshadowed by breaking news on a court order which appeared to confirm that the Prime Minister misled parliament over the publication of coronavirus contracts. The Prime Minister said the contracts, subject to a legal challenge and cronyism allegations, were ‘’there on record for everybody to see’’.

But a final order handed down by the High Court today said the Conservative UK government had published only 608 out of 708 relevant contracts.

A High Court judge has already found that UK Secretary of State for Health Matt Hancock had acted unlawfully by handing out contracts without publishing details in a timely way.

It was an embarrassing revelation for the unionist stunt. Scotland Matters describes itself on its website as a campaign to keep Scotland in the UK. The site states: ”We believe the best way of achieving this is to vote the SNP out of government in the 2021 Holyrood elections.’’

The UK Union Voice says on its Facebook page that it is ‘’anti separatist and anti-SNP, Plaid Cymru and Sinn Fein’’.

On Twitter @themajority.scot says 250 donors contributed to a crowdfunding campaign to pay for today’s events. It’s not clear at this stage how much was raised by the campaign or whether any other sources contributed to the costs.

However, Business for Scotland is not convinced that even combined these ultra-unionist Conservative front organisations have the financial muscle to book even a handful of billboards for this stunt. We would encourage journalists to ask who actually booked the campaign. Was it booked by these organisation in Scotland or from London? Is it really being paid for by Downing Street?

To put the billboard stunt in proportion, Believe in Scotland recently booked 98 billboard facings for four pro-independence designs throughout Scotland for an extended period.

We wonder if #ResignBoris might be a more appropriate hashtag in this case. 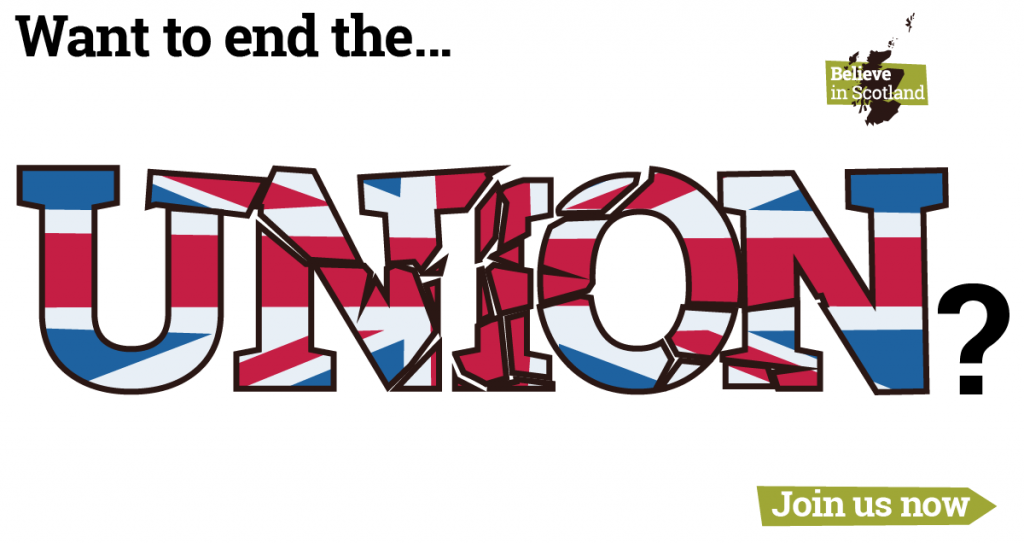