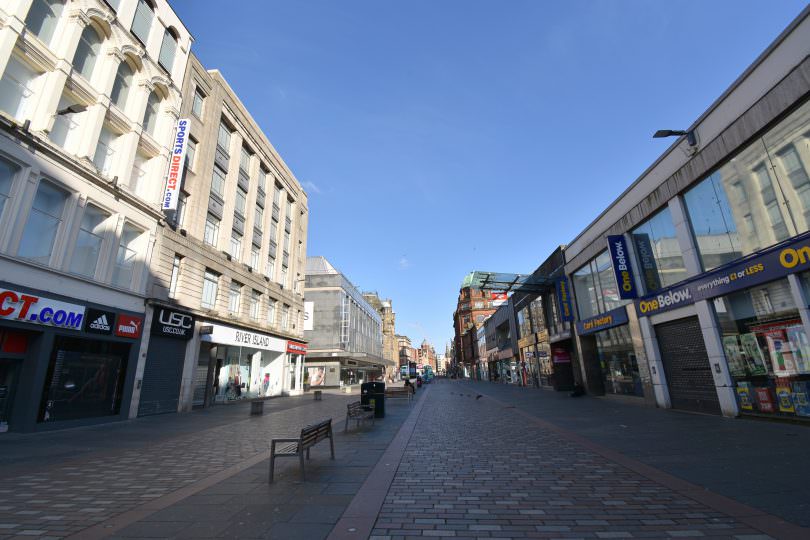 Calling it an unsustainable situation, Boris Johnson and his chancellor, Rishi Sunak, had been adamant about replacing the furlough scheme on November 1st and getting people back to work.

They intended to replace the furlough scheme – which paid up to 80 per cent of the wages of staff – with a framework in which employees would have to work a minimum of two days a week unpaid for by the government, while the rest of the time that those employees were not working the government would contribute 22 per cent of their wages. Understanding that many jobs could not be sustained by employers under this system, the government embarked on a campaign advising them to retrain and find work in more sustainable industries.

Yet the UK government has slowly changed its position in recent months. It abandoned calls urging staff to return to work premises. It introduced a regionalised tier system in which certain industries would be forced to close. For businesses affected by forced closure, they would receive 67 per cent for staff wages with no employer contribution, and grants to cover other costs. On Saturday, however, the government produced its greatest reversal, when Johnson announced that the furlough scheme would be extended into December, abandoning months of costly planning.

The implications of this U-turn are significant and were also predictable. Scientific models produced in the summer predicted the winter wave of infections that is now upon us. And the global context this wave coincide with was clear. The UK is due to leave the EU in January and has achieved no progress in terms of a trade agreement with the bloc. Nor has it achieved any truly significant trade agreements with its other global partners, with whom the EU guarantees treaties governing the flow of imports, exports, and investment. It must also have been evident to Johnson for some time, too, that the United States would be electing a president this November, an event that could drastically shape the course of the UK’s departure from the EU. As I write, that outcome hangs in the balance.

Facing perhaps the greatest modern crisis the UK has found itself in, time is crucial for the government. Yet, against expert advice and foresight, it spent months of political capital on policies that, as of Saturday, were made irrelevant. This is a failure of governance in every respect: resources have been wasted while more uncertainty and greater vulnerability has been created. The outcome is diminishing trust for the government and increasing fragmentation across the country.

This fragmentation is occurring not just between the core nations of the UK, but within England itself. Recall just a fortnight ago the showdown between Greater Manchester’s local government officials and a national government aiming to impose a lockdown but unwilling to provide the financial support necessary for local people and businesses in the region to survive it. In one startling moment of that event, officials in Manchester only learned about the nature of the lockdown during a live press briefing on the matter.

Likewise, the UK’s devolved governments appear to have only just learned about the extension of the furlough scheme from Johnson’s announcement. For months they had called for an extension of the furlough scheme to allow lockdowns should they be needed to stop the spread of the virus. Yet Johnson’s government appears only to have taken the action in response to rising cases in England.

As a result, concerns are growing that furlough support will not be available to devolved regions unless it is required in England. While Johnson assured otherwise, members of his cabinet suggest that this money may not be available to other nations should England come out of lockdown in December, when this furlough extension expires.

This uncertainty and cavalier attitude to devolved governments creates distrust and is driving support for Scottish independence and constitutional change across the UK.

Currently, Scotland is operating under looser restrictions than England, yet faced with the prospect of furlough money being unavailable in December, Nicola Sturgeon is having to contemplate a stricter Scottish lockdown because she cannot be sure that this economic support will be available in the future. Sunak will be making a further statement tomorrow, though it is unlikely to restore trust between the UK’s governments.

While Johnson’s style of governing, which has been defined by inconsistency and unilateralism, aggravates the problem, the issue is essentially structural. Lockdowns are imposed through public health legislation, which is a devolved area across the UK. What is not devolved is labour and fiscal policy, namely the extent of support available for the workforce and their employers. This creates a central tension: how can devolved governments use their autonomous powers to enact lockdowns in their public health interests but also protect incomes in the process? So far, the UK Government has offered no clear answer other than to blindly oppose constitutional change which seems more and more necessary.