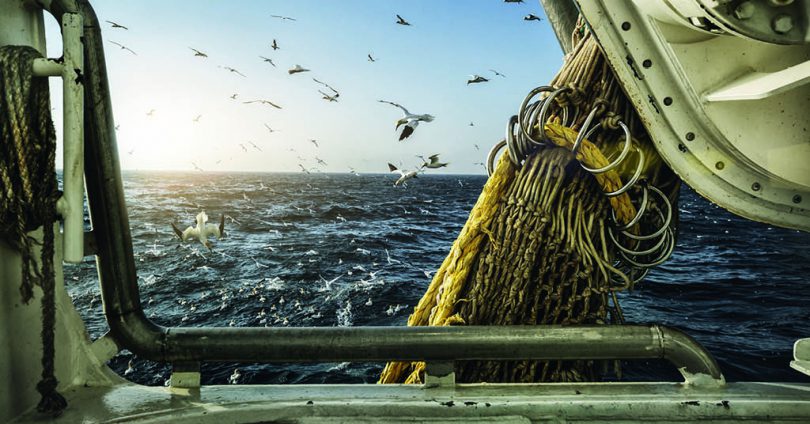 The UK’s disastrous Brexit deal is falling to pieces as Boris Johnson’s government finds itself fighting on three fronts. An EU chief has already said the UK doesn’t want to reach agreement and prefers confrontation.

The problems arise from the trade deal the UK government negotiated as the deadline was running out to avoid a no-deal Brexit. It has so far resulted in a UK exports crash, food and staff shortages and a huge blow to the UK economy.

A recent poll by Believe in Scotland identified Brexit as the main driver persuading previous No voters to switch to supporting independence for Scotland.

The three current Brexit battlegrounds are:

The row started last month when the UK and Jersey denied fishing permits to several French boats. France then threatened a series of measures against the UK unless more licences were granted by 2 November. That threat was later lifted to allow talks to go ahead.

The scallop dredger was detained last week by French authorities …. its skipper Jondy Ward has been charged with illegal fishing without a licence

The scallop dredger was detained last week after French authorities said it did not have a licence. Its skipper Jondy Ward has been charged with illegal fishing without a licence in French waters.  He still faces trial in France next August, although the case could be dropped before it reaches trial. He has said the trawler has been “caught in the middle” of the political row.

Later today the UK’s Brexit Minister Lord Frost will meet France’s Europe minister in Paris in a bid to resolve the disagreement. Although President Emmanuel Macron suspended his threats to allow the talks to go ahead measures such as a ban on British trawlers landing their catches in French ports could still be imposed.

The EU has agreed to some changes but the UK government says they don’t go far enough and is reported to be considering triggering Article 16 of the protocol, which allows either side to suspend the agreement if it is deemed to be having a significant impact on everyday life. 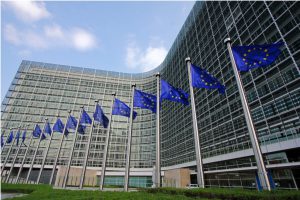 The EU parliament at Brussels

Irish Taoiseach Micheal Martin has warned Boris Johnson there would be far-reaching implications for UK relations with the European Union if it seeks to suspend parts of the protocol.

After meetings with EU and US leaders at the COP26 conference in Glasgow, Mr Martin described British actions in recent weeks as sabre-rattling and described current British/EU relations as ”very challenging and very serious”.

Two youths were arrested last night following “disgraceful” disorder in Belfast after a rally against the Brexit protocol.

The EU has rejected a British demand to end any role for European court judges in Northern Ireland. The European Commission’s vice president Frans Timmermans said yesterday it was not possible to agree while Northern Ireland is benefitting from being inside the single market.

Mr Timmermans statement is the most explicit yet on EU objections to the UK moves. He said the EU’s stand is “welcomed in Northern Ireland” and would “make things more practicable and easier to deal with”.

UK Brexit minister Lord Frost will tomorrow meet the vice president of the European Commission Maros Sefcovic as the row threatens to escalate further.  Mr Sefcovic has said he suspects the UK is reluctant to find a solution and is more intent on confrontation than reconciliation.