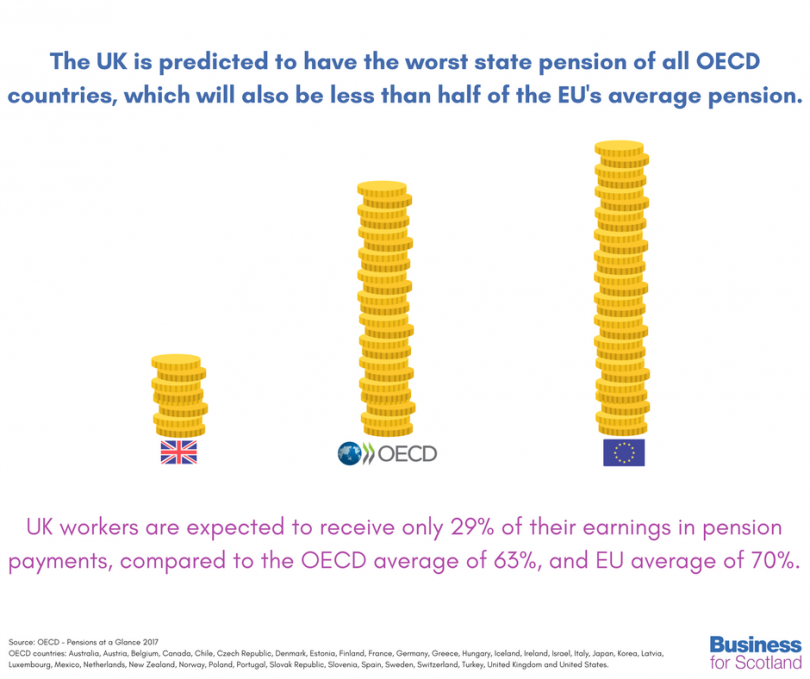 A recent report published by OECD (Organisation for Economic Co-operation and Development) highlighted that the UK will have the lowest net replacement rate for future pensioners amongst OECD countries.

A person born in 1996 and having been in full-time employment from their 20s till retirement can expect to receive 29% of their pre-retirement earnings, whilst in the OECD and EU they will get an average of 63% and 70% respectively.

For those people who are very low earners in the UK, their pension replacement rate pre-retirement earnings will be 52%, whilst the EU average will be notably higher for low earners at 79%.

Currently, a total of 18.5% of pensioners in the UK aged 75+ have incomes below the poverty line. The main reason for this is the UK’s low level of state pension. 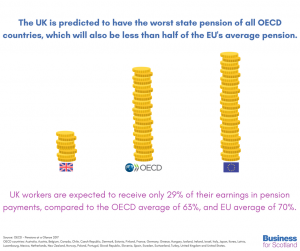