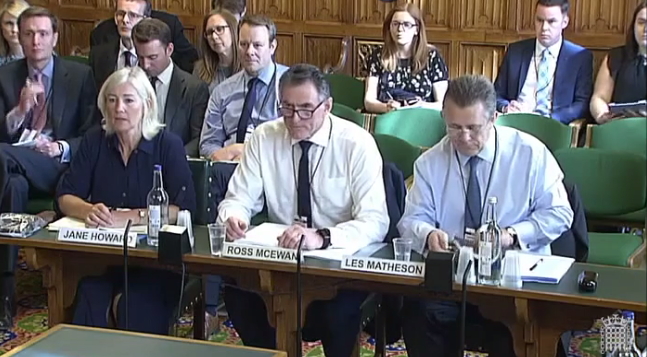 A leaked document has revealed that RBS did in fact have online banking targets, less than a week after giving evidence to a Westminster Select Committee and insisting otherwise.

Quizzed in the House of Commons on proposed bank closures, RBS chiefs said there were no targets for staff to get customers to start using banking services, but a leaked review document appears to show specific performance related targets for signing customers up to mobile banking apps.

Business for Scotland CEO Gordon MacIntyre-Kemp has today called on the UK Government to intervene and take immediate action.

“There is a clear disconnect between banking provision and the needs of customers, and the UK government must take action now,” he said. “Failure to address this as a priority will have a serious detrimental impact on businesses and communities across Scotland.”

He cited evidence from a recent BfS survey that highlighted significant market failures in the provision of local banking in Scotland.

The results were submitted to the Scottish Government as part of a recent consultation.

Earlier this month RBS, which is still 71%-owned by taxpayers, announced plans to close 162 branches in England and Wales this summer with the loss of nearly 800 jobs, raising fresh concerns that many rural communities will soon be left without access to a bank branch.

These latest closures come after years of shutting down branches, indeed only five months ago RBS announced it was closing 259 branches with the loss of 680 jobs.

After the latest round of cuts the bank will have 859 branches remaining, about 1,000 fewer than at the end of 2014. Nicky Morgan, chair of the Treasury committee, has criticised the RBS decision, and said the government may have to intervene if closures worsened financial exclusion.

“These further closures can’t be allowed to happen, if the UK Government can’t step in to protect local banking services and the banks won’t commit to providing them that is a clear market failure and the Scottish Government should consider launching a Scottish Citizens bank to provide these essential services.

“Rural areas and smaller towns seem to experience a wider societal impact, as cash handling shops such as local grocers, petrol garages, newsagents, gift shops and pubs are core to creating and maintaining a sense of community and vital to tourism as well as making rural life more accessible.

“But in the cities also, businesses that are paid in cash are having to go longer without banking the cash, and as well as slowing cash flow it can be a major fear for small business owners that holding extra cash makes them more of a target for violent crime.”

During the evidence session last Tuesday, when asked about whether targets existed for getting customers onto digital banking services, Jane Howard, Managing Director of Personal Banking at RBS, said: “We talked about this earlier when we said we do not have targets and we removed incentives.”

Full transcript of the Select Committee meeting available at: http://data.parliament.uk/writtenevidence/committeeevidence.svc/evidencedocument/scottish-affairs-committee/rbs-branch-closures/oral/82635.pdf