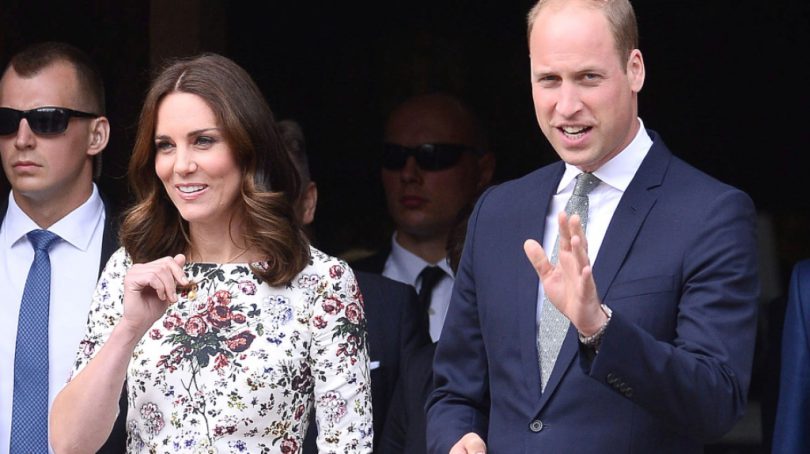 In the past few days it has become obvious that the UK government has enlisted new allies in its fight against Scottish independence … the Royal Family.

Prince William’s emotional speech at the Church of Scotland’s General Assembly on Saturday was widely reported in the mainstream media as a bid to save the Union. In the speech he referred to the ‘’special place’’ Scotland held in his heart. The Daily Mail and the Daily Express have both reported the speech as  an opening salvo in a ‘’royal charm offensive’’ on behalf of Downing Street.

It’s not the first time the Royal Family has become embroiled in the independence debate. In the final days of the 2014 independence referendum the Queen made a contribution which was widely seen as part of a desperate last push by the pro-Union side.

The Queen usually makes a point of not intervening in political debates but she broke that rule on 14 September –  just days before the referendum took place. After Sunday service outside Crathie Kirk near her Balmoral estate in Aberdeenshire, the Queen told a wellwisher: “Well, I hope people will think very carefully about the future.”

Some months after the referendum it was reported that the Queen had been asked to enter the debate after senior figures in Whitehall and Downing Street became increasingly worried that the Yes movement was about to win. 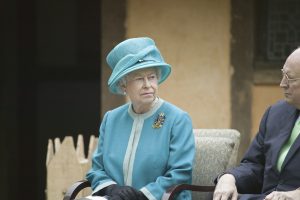 The Queen … entered the independence debate in 2014

The Guardian newspaper reported in December 2014 that Britain’s most senior civil servant and the Queen’s private secretary crafted the carefully worded intervention after Downing Street went into “meltdown” in the closing stages of the campaign as polls showed growing support for a Yes vote.

The Queen made her statement after discussions between Sir Jeremy Heywood, the cabinet secretary, and Sir Christopher Geidt for the palace.

Her statement was described by one senior Whitehall source as a warning to voters that they were facing “a decision filled with foreboding”.

The newspaper said the discussion between Mr Heywood and Mr Geidt took place after it became clear that the Queen ‘’was minded to speak out’’. The statement was designed to be ‘’broadly neutral’’ but to ‘’leave nobody in any doubt about her support for the Union’’.

A Whitehall source said the Queen’s intervention was carefully calibrated. “She knew exactly what she was doing…’’

In his speech at the General Assembly on Saturday Prince William spoke gushingly about family holidays in Scotland. Analysts told Euronews that the comments were part of a Downing Street plan.

The Mail on Sunday reported yesterday that the Queen was to lead what it described as a ‘’royal charm offensive’’ to resist the campaign for indyref2. A similar story was published in the Daily Express, which referred to the Queen’s annual holiday in Scotland in June.

The Queen also made her own comments about a United Kingdom in a letter to the church which was read out by the Reverend George Whyte, chaplain-in-ordinary and principal clerk. It referred to  “new bonds” that have been “forged in times of emergency” that “will serve us all well in future as the United Kingdom seeks to rebuild and reshape community life”.

The similarity of all these stories suggests that Downing Street is busy briefing about its new recruits in its campaign to stop a second independence referendum.

Royal commentator Richard Fitzwilliams told the Express: ”Given the unpredictability of its future in the Union, there will be every effort to use the Royal Family to strengthen ties with Scotland.”

The similarity of all these stories suggests that Downing Street is busy briefing about its new recruits in its campaign to stop a second independence referendum. It may, as several newspapers have reported, regard the Royal Family as ‘’one of the most powerful weapons in its armoury’’  but there’s no  evidence to back that up.

The Royal Family is nowhere near as popular in Scotland as it is south of the Border. However, the push for independence is not necessarily a move to ditch the monarchy and replace it with a republic. There are, of course, many independence supporters who would agree with doing so, and many others who would not.

As anti-Union campaigners continually fail to grasp, the future of the monarch – like so many other big questions about an independent Scotland – would be decided by the people of Scotland at some point after a Yes vote.

That, after all, is the purpose of independence: to put Scotland’s future in the hands of the people who live here. The Royal Family would be best advised to leave independence to voters in a referendum and resist Downing Street’s desperate attempts to persuade them to interfere.