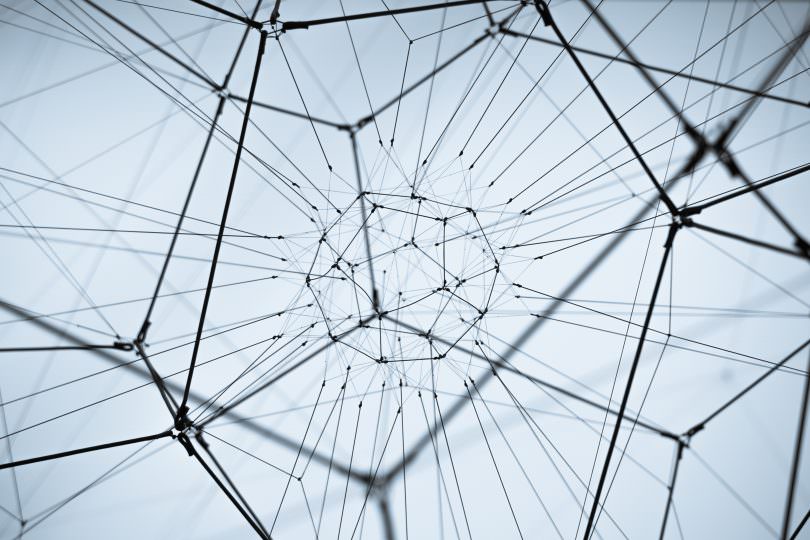 Trust is a word fundamental to human relationships; it underpins every society, governance structure, private business and community experience. Yet since the dawn of time trust has been and continues to be a word and element that is under assault from every direction, from those who see an opportunity to legitimize unchecked power, to those who have no trust in their vote in holding governments to account. From those who wish to avoid tax, to those who no longer have trust in medical evidence.

A lack of trust in the age of the icloud, apps and online platforms has the potential to undermine the very roots of liberal democracy, roots which have found fertile soil in the waste lands of World War II. Across the world, there continues to be a belief that democracy is an age-old system of government, a system of checks and balances, of fairness and equal access to the justice.

How quickly our memories seem to forget that it was only in 1949 after the horror of a global war that world powers agreed their idea of the parameters of rights via the United Nations Declaration on Human Rights. Many of the signatories were not devotees of democracy, from Soviet and US hegemony to the empires of Britain and France. We need only mention the Stalin’s gulags, Truman’s overview of South America, France and Algiers and the partition of India and Pakistan by Britain to see the ground in which our modern world is built; it is now a world more resolutely open to manipulation by those in power than ever. We as citizens don’t know who to trust.

In agreeing their defined roles, the global powers were players in the game, a game who’s rules they defined; be in no doubt the game has changed and again citizens across the globe are having to live in a world of conceptual and physical conflict, in which war is global and information based.

Blockchain might just be the game changer. Firstly, the capability of blockchain would be best served by promoting the positive social opportunities blockchain offers in its broadest sense; promoting trust in efficient governance and delivery of public services. That’s a benefit for all.

In the drive to meet the public service reform, such as that envisaged in Scotland by the Christie Report, we require trust from all participants; from the individual to local authorities blockchain could be the key element in ensuring we all understand our own as well as collective roles in rising to meet the challenges we face in areas as diverse as learning, health, the environment, democratic participation, business, as well as research and development. Blockchain becomes trust worthy and citizens have regard for its capabilities even in the most complex of tasks, so the next step would be to utilise the capabilities of blockchain, to place trust at the heart of our democratic process.

As for voting and specifically referendums, reflection on the progress of Estonia in its use of blockchain for local government elections is noteworthy; this is still at the early stages, but we should monitor its progress and seek to make the case for using blockchain, especially in its ability to build trust through the evidence gathered from Estonia. Nevertheless, while improving the trust element of the process of voting will go some way to increasing participation, the key is and always will be citizens having something worth voting for and that is where ideas and philosophy – essential elements in their own right – influence our political journey. To have a robust democracy (or should it be polyarchy?) we require more than just to vote, we require to challenge ourselves, our personal impact on the people around us and on the building blocks of our polyarchy. Robert Dahl in his seminal book ‘A Preface to Democratic Theory’ 1 lists them as:

Blockchain can be a key building block in bringing Dahls theory to fruition in assuring trust and that the weight assigned to each vote is identical. Rachel Botsman in describing the evolution of trust, that is moving from early societal methods of trust through to institutions such as governments and the courts being the arbiters of trust, describes a new phase of distributed trust in which Blockchain is the fundamental building block, and recognises that Dahls theory would be far easier and more likely to have a broader impact if it was brought to life via Blockchain.

Cronyism is endemic in human society. If anything it could be argued that it is an early manifestation of trust which in our age is now trust at its most base level, with no positive impact. As to cronyism in politics (or should we say governance?) blockchain offers an opportunity to take an evolutionary step in being a leveller in which everyone’s voice has a positive impact in a more equal society, not just those individuals or institutions with political power over society.

Many in the independence movement often highlight that the most equal societies are the ones that also happen to be the happiest and most economically sustainable and a model for Scotland post-independence; an essential element of this Nordic progress has been trust, yet in an ever increasingly fractious age we require additional safe guards for our democracy to flourish, even in the Nordic nations.

If blockchain is to have a central role to play in rooting out cronyism it also requires to have due regard to Dahl’s pillars of democracy which are highlighted in ‘Democracy and its Critics’2:

Without these agreed principles the future role out of blockchain in the democratic process, as well as in other fields of interest, could and will be utilized by non-liberal democratic actors including states. For example, the Peoples Republic of China is piloting technology like blockchain to root out cronyism, in itself commendable, yet it is doing so by using a system of ‘Social Credit Scoring’ to rate an individual’s ‘trustworthiness’; how trustworthy would your credit scoring (which allows you access to housing, employment and health care) be if you disagree with the dominant ideology as highlighted by Dahl? It is clear, that such a pilot is not being used to promote liberal democracy.

Measuring desire and the return of sovereignty to Holyrood – Independence

Using blockchain to measure desire, while interesting as a method of increasing the reliability of polling, does not in itself promote the worth of sovereignty being returned to Holyrood. That requires those of us who believe that independence is the best future for our nation to step up to the plate with evidence and openness in answering the questions posed by fellow citizens on the benefits of independence.

The liberal democratic process would be ill served by a decision made by accident. It would undermine the authenticity and validity of that decision; the independence of Scotland will be no mistake, it will happen and happen according to the norms of polyarchy allowing Scotland to rightfully according to its traditions and practices to re-join the family of nations as a sovereign nation state.

For those of us wedded to the principles of polyarchy and liberal democracy, blockchain as a physical process may offer the possibilities of a positive liberal-democratic state the likes we have never seen and be a bulwark against that state envisaged by Plato in his work ‘The Republic’. A state in which he positions Socrates as the great teacher, who envisages a just state as an authoritarian state, the likes of which have been the scourge of the world since time in-memoria; Plato does not ask us to accept this in ‘The Republic’, he asks us to use our faculties, to question and challenge and whereas Socrates could contemplate a ruler, a government or a monarch lying to its citizens; we the citizen must challenge this accepted power and today we should consider blockchain as an enabler that allows us to generate peer-to-peer trust as a fundamental building block of our democracy.

In their seminal tomb “Blockchain Revolution” 3 Tapscott and Tapscott endeavour to uncover the essential building blocks off a blockchain society based on peer-to-peer trust and conclude with a broad range opportunities for business, and considering “wielding tools of twenty first century democracy” to enable a new direction for society. Yet, behind all of the business and technology a philosophical gap is turning into a chasm across the globe. With the worlds reemerging super power of the Blockchain age, China, utilising ledger tech to rate citizens and a alternative political narrative more reminiscent of the 19th century emerging in western liberal democracies, Blockchain requires champions of polyarchy at its heart. Let’s call ourselves Dahlites who across liberal democracies will champion the gains of the 20th century, fundamental rights that blockchain should enable, fundamental rights founded in the ashes of World War II which, if Blockchain is ready, can be fully realised as we rush head first into the 21st century.

Scotland is more than capable of leading the charge in polyarchies defence.

1 Dahl, Robert A “A Preface to Democratic Theory” University of Chicago Press, 1956

2 Dahl, Robert A “Democracy and its Critics” Yale University Press 1989

This is the third article of a Business for Scotland blockchain trilogy, in conjunction with twitter @YesDayScotland

How Blockchain technology can transform voting in Scotland

Blockchain academics define a new future for democracy in Scotland