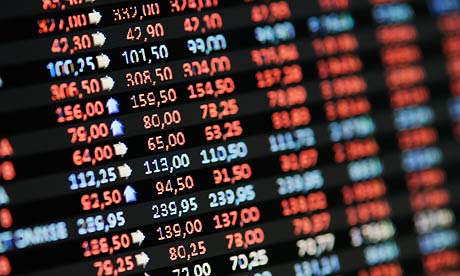 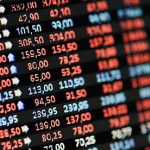 Last week’s announcement by the UK Treasury that it will underwrite all of the UK’s debts in the event of Scottish independence has been one of the most significant events in the campaign so far, with major implications – both economic and political.

First some clarity. What does the UK Treasury’s announcement mean?

The UK Treasury, like all governments, raises money on the international money markets through the selling of government bonds. These bonds are sold to investors, for a specific value, with an interest rate, or ‘coupon’ for maturity on a certain date. On the maturity date the bond is ‘cashed in’ and the government repays the investors.

These ‘contracts’ are between the UK Government’s debt agency and the investor. The point that was being clarified this week was that those debt contracts that the UK Government has entered into with investors will not be defaulted on in the event of Scottish independence. Nor will the UK try and unilaterally transfer those bonds to the government of an independent Scotland. This of course would break the contract and constitute a default, which the UK will avoid at all costs.

So really not much news there.

The importance of the announcement lies mainly in the fact that it’s been made at all.

Throughout the independence debate the UK Government has held fast on its ‘there will be no negotiations’ stance. Generally admitted to be no more than a tactical ploy to create uncertainty in the debate (considerable energy and resources have been utilised to produce a series of papers and 3rd party analysis putting forward the Unionist case – so this isn’t a question of trying to save a bit of cash by not devoting civil servants to a pre-negotiation process).

The real story here is that the UK Government have had to move away from this position and offer some clarity, not to enlighten the people of Scotland to help them make an informed decision in September but to calm the markets.

So let’s explore the economic, and political, implications of this unfolding scenario.

1. The UK Government isn’t in control of the situation, much as it would like us to think it is. The markets will be the ultimate arbiter of what happens, and when it happens, concerning the pace and structure (if not the precise final details) of negotiation on debt between rUK and an independent Scotland.

2. The independence referendum is now international in nature (notwithstanding the recent comical #indyrefski Putin intervention). This is no longer an internal UK matter, but something that has international players involved, interested and with ‘skin in the game’.

3. The markets have determined that the likelihood of a Yes vote is sufficiently likely to require some advance contingency planning. The money men understand the numbers very well. Having seen the No lead reduce from 20% to around 15% over the past 3 months they now class a Yes vote as an event they need to give some serious consideration to. The effects of this are significant in ‘normalising’ independence within the Scottish electorate. A significant proportion of undecided and ‘soft’ No’s had decided that independence wasn’t going to happen and therefore they could excuse themselves from the bother of having to consider the arguments. That outlook now looks more ostrich than (wise) owl, and as we all know the more people that consider the arguments the more people move to Yes.

4. The dismissal of swathes of the White Paper as ‘assertions’ starts to look a lot less effective as a line of attack. The WP clearly stated (based on the Fiscal Commission’s work) the methodology that would have to be adopted for UK legacy debt management post independence. The fact that the UK Government has adopted this very position, only weeks after publication, lends significant credibility to the other logical conclusions in the WP, not least the inevitability of a Sterling union as being in the overwhelming best interests of all parties. Stating the bleeding obvious isn’t the same as making wild assertions.

5. There is now much more clarity on how an independent Scotland would need to manage new debt after 2016 (either to cover deficits or to replace matured legacy bonds).  The very long maturity of  UK debt (average 15 years) means that for a very long time into the future the vast majority of an independent Scotland’s debt will be under the rUK umbrella. This allows a considerable period of time for an independent Scotland to build up a track record while debt levels on its own account will be relatively small. This minimises the impact of any ‘new country’ premium (if it exists at all) to a very low level in absolute terms.

6. Whatever the outcome of negotiations on debt the technical calculation of rUKs debt:GDP ratio will show an increase of around an additional 10% above the already dangerously high levels (the effect of removing an independent Scotland’s GDP from UK GDP without reducing the headline levels of rUK debt). Any agreement between an independent Scotland and rUK will need to be very transparent to the markets to allow them to treat this as a mitigating factor in not pricing this higher debt:GDP ratio into rUK interest rates going forward.  Which brings us back to where we stared in point (1) above – the markets, and not the UK Government, are now very much in the driving seat when it comes to this process.

7. An independent Scotland and rUK will be tied together through this debt management process for a long time to come with one being the main debtor (creditor) of the other, and vice versa. In that scenario there is even more reason for cooperation to ensure transparency and economic success on both sides, and remove any factors which create uncertainty. Yet another powerful argument for a Sterling union of course.

One final post script to this story is the debunking of yet another myth. Bored with the ‘bank-bail-out’ and ‘no Dr Who in an independent Scotland’ myths, we have had a new scare story to get our teeth into this week.

On closer examination the oft pedalled line that Scotland benefits from the UK’s super low interest rates (and would face a premium due to an independent Scotland’s smaller size post independence) has been examined in a bit more detail.

Here is a list of 10 year government bond interest rates for a selection of countries.

Looks like the market are very happy to give our small European neighbours the same deal (in most cases a significantly better deal) than the UK ‘enjoys’.

The truth is that deficit and debt:GDP ratios are a major driver of the interest rate countries pay on their debt. In both cases an independent Scotland will be in a much better place than rUK and may well enjoy lower borrowing costs than the UK currently does. In that scenario we would be faced with a situation where an independent Scotland may, in a few years, find it cheaper to pay off its remaining debts to the UK and go to market to replace them with Scottish Bonds at lower interest rates.