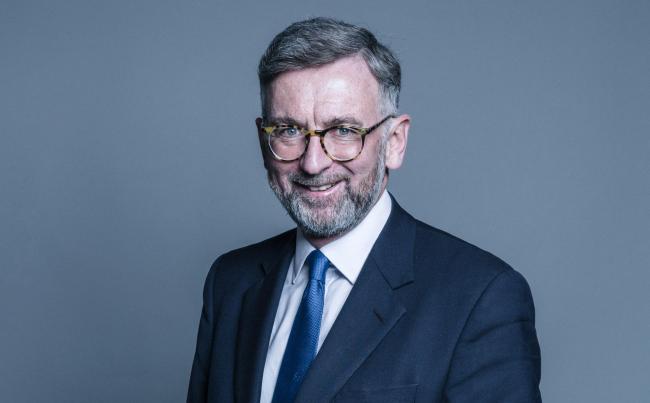 IT should come as no surprise that former UK minister Lord Dunlop argues in a new policy paper that Westminster’s bid to block a second independence referendum  is ‘’common sense’’ rather than a denial of democracy.

After all, the former Scottish Office minister has only a passing acquaintance with democracy. He’s never actually been elected to anything in Scotland in his life.

Nevertheless his bare-faced cheek still takes the breath away. This, after all, was the man charged by former Tory Prime Minister Theresa May to carry out a major review of devolution in July 2019.  The report ate up £13,000 of tax payers’ money according to recent press reports, but has not been considered worthy of publication.

We know that Andrew Dunlop’s review was submitted to Theresa May at Christmas 2019 and included 40 recommendations. Since then we have heard nary a peep, despite numerous announcements that publication was imminent. In fact Government minister Michael Gove said last year it would be made public before the end of 2020. But Christmas and New Year came and went and our breath continues to be bated.

And yet Tory MSP Professor Adam Tomkins and former journalist Eddie Barnes, an adviser to Ruth Davidson when she was Scottish Conservative leader, still earmarked Mr Dunlop as the perfect man to produce a new paper for the Future of the Union project by the Policy Exchange think tank.

The contents of the new paper give some indication why the previous Dunlop project was never published.

With a staggering sense of irony it states: ‘’For the UK government to reject a demand to hold any time soon another referendum on Scottish independence is not, as Nicola Sturgeon would have it, ‘a denial of democracy’; it’s plain common sense and the responsible thing to do.’’

Now it is hard to accept any  definition of democracy that rules out listening to the clearly expressed will of a nation. Twenty successive opinion polls have shown a majority of Scots support independence. The Scottish elections in May are widely predicted to return a whopping majority for the SNP.

The party will campaign in that election with a clear manifesto commitment to a second independence referendum. No one who votes SNP in that election will be in any doubt that to do so expressly supports a second referendum, in other words the democratic right to have our say on our constitutional future.

The election is not a plebiscite on independence itself – by its very nature the manifesto will commit a future SNP Scottish government to  a raft of policies as it runs the country – but it will be a clear and democratic show of support for indyref2.

There are currently 61 SNP MSPs in Holyrood. Predictions suggest the party could increase that to around 70. The Conservative Party has 30 MSPs and some polls put the party’s predicted losses in May in double figures. There are 47 SNP MPs at Westminster and just six Tory MPs.

What definition of democracy would rule that the Tory party’s view should be the one that prevails? Certainly Mr Dunlop’s new paper provides no argument why this should be the case beyond simply stating that it should.

His main argument suggests that government resources shouldn’t be diverted from the task of Covid recovery. In other words he says we should just leave it to Westminster to shape the priorities and values of the country that emerges from the pandemic because six Conservative MPs are uniquely capable of thinking about several different things at once while  the massed ranks of the SNP MSPs and  MPs are not.

It’s baloney … and what’s more Mr Dunlop know it’s baloney. That’s why he already has a spin strategy for his plan all worked out. After all, his paper states that  “simply explaining to people in Scotland why now is not the time for another independence referendum isn’t a sufficient or sustainable long-term strategy for supporters of the union”.

At least he got that right. His solution?  Rather than positioning this effort as the desperate move to stop rising support for independence it undoubtedly is, he says it should instead “be framed as making the United Kingdom fully match-fit for a post-Brexit and post-Covid world”.

If you believe that you’d eat beans with your Weetabix.

Surely Mr Dunlop doesn’t think Scots are stupid enough to vote for that nonsense? Well, he doesn’t have a lot of experience of what Scots vote for and why. They certainly haven’t voted for him. He has risen through the Tory ranks without once being elected by anyone in Scotland.

His first political job was head of research for the Scottish Conservative Party from 1981 until 1984. He served with the Conservative Research Department, and later as a special adviser to George Younger, then defence secretary in Margaret Thatcher’s cabinet.

He later worked at Downing Street under Margaret Thatcher. He has strenuously denied reports that he was the ”architect” of  another testament to democracy, the introduction of the poll tax in Scotland. His other jobs have included David Cameron’s Minister for Scotland, after being credited with helping to devise Westminster’s campaign in the 2014 independence referendum.

The job advert tells potential recruits that knowledge of Scotland would certainly be ‘’desirable’’ … but it’s not essential.