Scotland’s political parties are back on a war footing and preparing for next years Scottish elections.  Holyrood 2016 will be fought against a background of uncertainty like never before, the people of Scotland will not know if the UK will still be in the EU by the end of term of the next parliament, indeed they will not know if Scotland will be pulled out of Europe against its will by the sheer number No votes from the rest of the UK.  We wont know if the further devolved powers on offer or the English votes for English laws will satisfy Scottish voters in the long term or set them wondering if we need to address the constitutional question once more.  There is growing uncertainty in terms of the global economy, macro economic signs are not great with China, in particular showing a slow down and the London bubble inflating again.

London’s cognitive distance from the rest of the UK is particularly worrying as decisions are being made in the London bubble that don’t reflect the fragility of UK regional economies let alone serious doubts over the robustness of the global economy. I am beginning to get the feeling I had in 2006/7 when I argued with a member of the Bank of England Monitory Policy Committee (MPC) that we were heading towards a major recession – his answer “we’ve never had it so good” aptly demonstrates that the only people who can see a bubble are the ones outside it. Economists have all different theories and methodologies to analyse if assets and markets are overpriced but there is an easier way to get a feel for it.  Look at the London housing market, right now two bedroom former London council flats bought in the 80s for £30,000 are being advertised at over £1million and Londoner’s see them as good investments, if you live outside London that sounds completely nuts and that is a good indicator that its a bubble.

The danger of another economic downturn is increasing, we rebooted the banking system, failed to bail out the consumer market with any form of quantitative easing for the people and left most of the problems with the banking system in place to operate in a considerably weaker global economy. However, there are actions that the Scottish government can take, we need to underpin the foundations of the Scottish economy, to use the powers we have creatively and make the case for more and more fiscal devolution to apply bespoke policies in Scotland aimed at increasing national prosperity through business growth.

Where as London’s economic policy is dominated by the needs of big PLC’s and the city, the Scottish economy’s biggest growth opportunity lies in its smaller to medium sized company base (SME’s). These business are the lifeblood of Scottish prosperity and we need to refocus our economy on maximising their growth potential. Business for Scotland has been calling for a Minister for SME’s for years and such a position would have an essential role in ensuring Scottish business policy is better matched to Scottish business needs and also in campaigning for further fiscal and economic powers to be transferred to the Scottish Parliament. 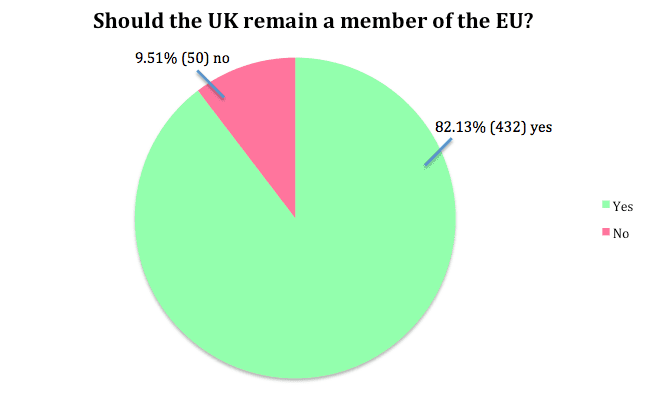 SMEs make up 99.3% of Scotland’s businesses, employing 1.1million (54.7% of all private sector employment). SMEs hold the keys to rapid economic growth, and we need to focus on innovative, business focused, sustainable policies to grow the sector such as the introduction of targeted tax incentives to alter business behaviour encouraging innovation, exporting and youth investment, investment in R&D and in projects that will help boost the commercialisation or research within the SME business base and implementing a real Living Wage.  We also need to stay in the EU whilst campaigning for gradual change from within.

Poll after poll has demonstrated that Scotland is more pro EU than the rest of the UK and that the Scottish business community is highly supportive of staying in the EU. In a survey published today in which 527 Business for Scotland members responded, 82% wanted to remain in the EU and 80% believed that an EU exit would either damage or significantly damage Scottish business access to global trade markets and inward investments.

Scottish businesses want a clear and concise commitment to campaign to remain in the EU in all party manifestos.  They accept that we need to seek reforms and improvements, but the prospect of leaving the EU is one that concerns the vast majority Scottish business owners and managers.

David Cameron in a bind over Europe?

On this issue a lot will depend on the results of David Cameron’s pre referendum negotiations on European Union membership. Those negotiations must have Scottish Government representation as any concessions made by the EU to the UK negotiating team must be considered in the light of Scotland’s specific needs. It is just possible that Cameron will claim several concessions that make the UK’s deal better but that may mean the UK giving concessions on fishing, agriculture and grants that will make staying more acceptable to English voters but less beneficial to Scottish business. If such a manoeuvre would make a EU Yes vote less likely in Scotland it would also help Cameron avoid another independence referendum if the Brexit happens. Conspiracy theory, you might well think, but I wouldn’t underestimate the political ruthlessness of the man. Look what he did to Labour putting them front and centre of a shared platform in last years referendum, then announcing EVEL the morning after the result – Machiavelli would be proud.

So what about that question of a second independence referendum? Well its vital that all independence supporting parties standing at next year’s Holyrood elections do not to rule out another independence referendum within the life of the next parliament.  Respecting last years result, there should be no commitment to hold another referendum but there needs must be an option to do so if there is a material change in circumstances such as Scotland being forced out of the EU against its will or a material breach of the more powers promises made in order to secure last years No vote.  Only 9% of voters believe that the vow has been fulfilled and Scottish voters need to know what will trigger another independence referendum and be given the option to provide a mandate to the Scottish Government if the circumstances allow.  More importantly assuming the Greens and SNP have a majority, such a mandate will inform Westminster that they must act in good faith towards Scotland or the union may soon be held in contempt by the majority.

Leave a Reply to leginge X