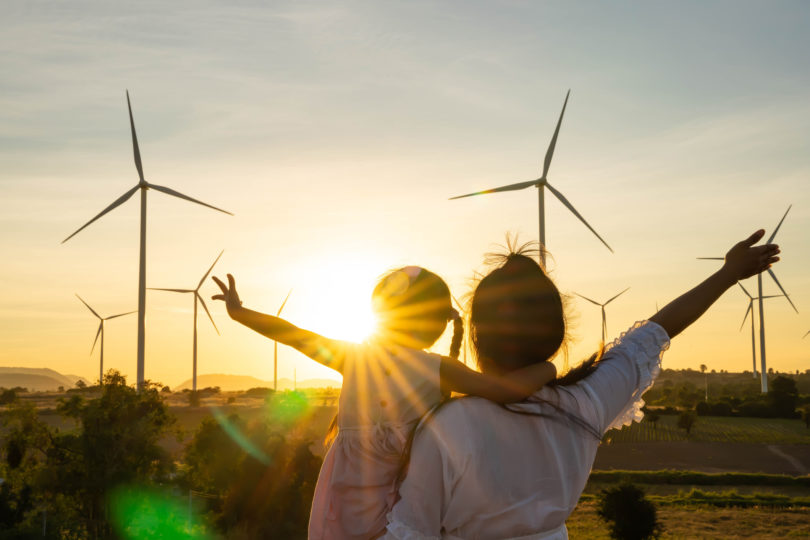 The rise in the domestic energy cap to almost £2000 a year has sparked anger. While EU countries such as France, Italy and the Netherlands are protecting citizens from steep price rises, consumers in the UK face 54% increases.

This is a global crisis – what difference would it make if Scotland was independent? Here are three ways Scottish independence could help to provide a more sustainable future for citizens and businesses alike.

#1 Scotland could have a stronger voice in negotiations

Many in Scotland don’t understand why Scotland produces the equivalent of 97% of the power it uses from renewables and yet citizens don’t see the benefit of that. Renewable electricity is much cheaper than electricity created using gas.

Scotland is part of a UK wide network overseen by Ofgem, a London-centric organization which takes little account of Scotland’s democratic voice. Its remit is set by the Westminster Government.

Renewable companies based in Scotland have to pay to supply their power to the grid – whereas those in the south of England are paid to sell their power. That is based on an old-fashioned model that prioritised power produced close to the large populations of London and the southeast of England to minimise the cost of transporting the power. Yet today’s system is distributed far and wide, and the Highlands and Islands are a growing powerhouse of renewable energy.

At the moment,  85% of UK homes are heated by gas and Gas provides 33% of the UK’s electricity.  As much as 87% of the energy price rise is due to the rising costs of gas alone, so it’s clear that the UK as a whole is far too dependent on gas – much of which is imported.

An independent Scotland could have ts own version of Ofgem. Then it would be in a stronger position to negotiate with the rest of the UK and Europe.

Scottish consumers are currently part of a chaotic UK-wide energy market. Across the UK, millions of consumers have already had their energy provider go bust –  almost 30 have gone under in the last year and more are under pressure.

This is because the UK Government created a kind of fake free market for energy companies, where undercapitalised businesses were encouraged to enter the market and offer cheaper deals based on the spot price of power. As soon as prices went up, they went broke.

That led to a domino effect – other suppliers were forced to take on many customers at a loss and that has affected their ability to stay solvent. When Bulb went under, the state had to step in and keep the company running as a zombie entity – and there may be more hovering on the edge of bankruptcy.

Charging more for energy because the cap has gone up may help a bit in the short term – but energy suppliers are still exposed to a volatile spot market. The price for renewables is much more consistent – but unfortunately the UK as a whole is over-dependent on gas.

As part of the UK, Scotland can’t do anything about this – but an independent country would be able to regulate the energy market in a way that is more sustainable. Instead of encouraging cowboys to gallop in when prices fall, sensible regulation can encourage businesses to take a more long-term view.

Meanwhile, big energy producers like Shell and BP have been making more money than expected. The UK Government has decided not to levy a windfall tax on these businesses – an independent Scotland would be in a position to take a different decision.

#3 An independent Scotland could build a shared ownership model

In this context, it is probably a good thing that the Scottish Government didn’t set up a national power company as it announced it would in 2017. They almost certainly would have got their fingers burned.

Competing against dozens of undercapitalised firms to buy power on the spot market is a tricky assignment. It would have been impossible to offer a competitive price while still hedging against the risk of prices rising. Disruptive capitalists tend to want to “move fast and break things”. Civil servants not so much.

Creating a national power company would require competing with international business to hire people with the relevant skills and experience, who attract high salaries.  It would take a lot of resources and would involve a high degree of political risk over any loss of taxpayers’ money whenever mistakes are inevitably made.

Scotland continues to build its strong renewable sector, a better model might be to build on the shared ownership model and require a public stake. When awarding sites to energy companies for the next round of renewables it might be worth considering charging less in immediate cash terms but asking for shares in the business instead. Instead of a sovereign wealth fund like Norway, an opportunity missed by UK Government incompetence, Scotland could build a shared equity fund.

Some right-wing papers have been pumping out the narrative that green initiatives actually increase fuel bills. But without Scotland’s renewable energy, UK energy bills would be much higher even than they are now. A Carbon Brief analysis shows the effective ban on onshore wind in England has increased reliance on gas.

The Scottish Government produced a “Heat in Buildings” strategy at the end of last year which sets out a target of reducing the number of households in fuel poverty to 5% by 2040 and commits to spending at least £1.8 billion on energy efficiency over the course of his Parliament. There is a long way to go and the Scottish Government needs to do more (particularly in the area of solar power where the UK Government is actually doing better).

But the UK Government still controls too many of the levers of power in every sense.Transforming the way Scottish homes and business are heated and powered will take a massive national effort involving business, communities, and Government. It is important for all of our futures and for the future of the planet.

An independent Scotland will be able to do this better and faster, simply because our Government’s priorities will be focused on balancing the needs of businesses, people and the environment, not just facilitating unsustainable profiteering for large corporations.