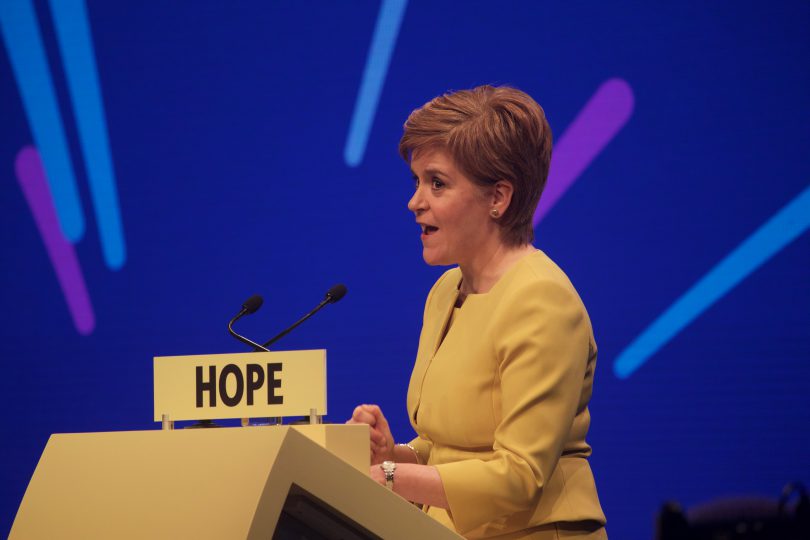 A new poll published this morning is the third in a week to show the May election returning a majority of pro-independence MSPs to Holyrood.

The poll, by Savanta ComRes for The Scotsman, shows the SNP on 64 MSPs, one short of a majority. It predicts a pro-independence majority with the addition of 10 Green MSPs.

It suggests Alex Salmond’s new Alba party would attract support from just three per cent of voters in the regional poll, enough to rob the SNP of an outright majority but not enough to win any Alba seats.

The poll follows an Ipsos MORI poll for STV which suggests 52% would vote Yes in a new referendum and 48% would vote no.

Ipsos MORI’s Scottish Political Monitor also suggested that 53% of Scots will vote SNP in the upcoming May elections, giving the party a clear majority of 11 with 70 of the Scottish parliament’s 129 seats MSPs.

The poll also suggested the Greens would win 11 seats, bringing the pro-independence majority up to 33.

The new Alba party support stands at 3% in the poll. If that is replicated on polling day itself the party would be hard pressed to win a seat.

Independence was the top issue in the election for most voters. Party leaders with the lowest satisfaction ratings were Scottish Tory leader Douglas Ross (25%), Prime Minister Boris Johnson (27%) and Alex Salmond (27%).

Nicola Sturgeon had the highest satisfaction rating, at 62%.

A Panelbase poll for the Sunday Times at the weekend suggested May’s election would return a pro-independence ”supermajority”.

It suggested Alba support stood at 6%, which could see it win six list seats.

Douglas Ross dodged a question during a Good Morning Scotland interview today on how big an SNP or pro-independence majority would have to be to convince Boris Johnson to approve a Section 30 order for a referendum.

Mr Ross was unable to say if Boris Johnson would be visiting Scotland during the election campaign, despite saying a few days previously that the Prime Minister and Chancellor Rishi Sunak would stage an ‘’intervention’’ in the campaign.

This morning the Scottish Tory leader could not confirm if Mr Johnson would be coming to Scotland in person, suggesting that Covid restrictions ruled out large meetings and physical campaigning.

The Prime Minister did visit Scotland at the height of Covid’s second wave in January, when strict travel restrictions allowed only ‘’essential’’ trips.