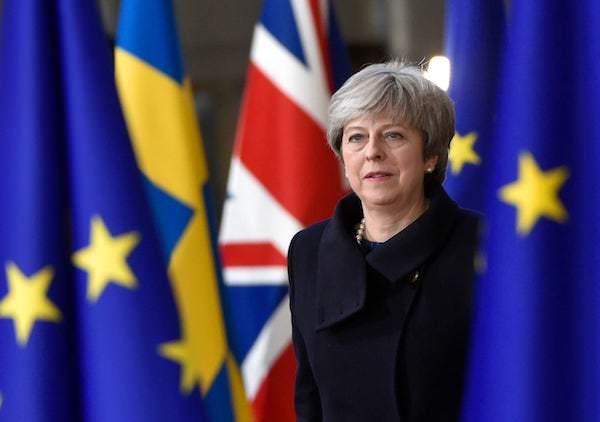 The pattern is recognisable by now. Theresa May draws red lines and promises not to cross them, while the hardline Tory Brexiteers surrounding her don’t so much follow her party line as stay their hand a little longer; until the time is right. And as the deadline for progress edges closer, a minister or two resigns as they begin to see what’s about to happen. Then, with a show of pre-planned brinkmanship, it is announced that there has been a draft agreement. Yet soon after it is revealed all she has done is push the big problem down the road a little bit.

All the while the Northern Ireland border issue remains the Gordian knot that refuses to unravel, taking us ever closer to the ultimate choice of a bad deal or no deal, one fudged draft agreement at a time.

It’s hugely complicated, but one key thing all residents of Scotland should understand is that all forms of Brexit are harder on Scotland than on the rest of the UK. Let me be totally clear – There are no soft Brexits for Scotland. No matter what is agreed we in Scotland will suffer more, because Scotland exports more, and wins more EU grants for farming, infrastructure investment and scientific research in particular. We need highly skilled European migrants to work in our high-tech growth industries, as well as to fill those jobs our young people are not so interested in, like in care homes, fruit picking and hospitality.

The second thing you should know is that although this week’s draft agreement does give Theresa May more time to try to survive and to keep fudging until some miracle solution turns up, it’s also a big win for the EU who are trying to force the UK to stay in the single market and customs union (SM/CU).

However, it’s not going to work. First of all, it’s by no means certain the EU27 summit later this month will agree to the deal. There are one or two nations who may want to gain some political leverage and delay things a month or so and as I predicted in my newspaper column last week – Spain is not happy on fishing rights or assured on Gibraltar.

The DUP won’t vote for the deal as after the transition period backstop that keeps the UK in the SM/CU ends then the island of Ireland will remain in the SM/CU whilst the rest of the UK leaves. This separates Northern Ireland from the UK, which the DUP see as a step towards Irish unification (it is). The DUP will never accept a deal whereby Northern Ireland follows rules and laws handed down from Brussels, not Westminster or Belfast.

Labour won’t vote for it as it crosses their red line of remaining in the SM/CU, which they claim isn’t Brexit and doesn’t respect the Leave vote (it isn’t and it doesn’t). I also suspect Jeremy Corbyn shares the Irish PM’s, and possibly EU’s, desire to see Irish unification. Some Labour MPs will rebel, but not enough to help the PM get her deal through.

However despite their grandstanding no one in the Tory party really has an answer and no one really wants to take over from Theresa May. It is likely she will survive until the Westminster Parliment vote at least.

In order to get to a draft agreement passed May’s team have had to agree to a level of regulatory alignment on taxation, the labour market, environment and state aid contributions which are red lines for the right-wing Brexiteers. The hardline Tory Brexiteers, Leadsom, Mordaunt, Rees-Mogg, Davis, Fox, Johnson, and many more, will struggle to support the deal – some will vote it down on principle, others tactically voting for it as a precursor to a future leadership bid.

Some Scottish Tory MPs have threatened to withdraw support if fishing rights are not protected – note that they won’t resign to protect Scotland’s economy from a Brexit-related recession, to protect our exporters from hard borders or to stop our care homes and hospitals running short of staff or medicines – just to keep their jobs because the fishing communities are pretty much the last one left believing the post-Brexit promises being made on fishing rights.

So where do we go from here? Many are hoping for a second vote on EU membership. But we are probably past the time for that to happen, and looking at the parliamentary maths again there just aren’t enough votes to put through a second referendum which has Remain as an option.

If a future re-fudged deal gets voted through with the promise of a second referendum, then it will be one that’s a straight-forward betrayal of Scotland’s 62% vote to remain, and, when that happens, the SNP will have to withdraw their support for that referendum, starting the countdown to calling for an independence vote. By supporting a second vote the Scottish Government shows it respects how Scotland voted rather than just going hell for leather for independence before the No/Remain voters are ready to recognise that Britain is leaving them, not the other way around.

I have always been happy with the concept of a second EU referendum as it sets a precedent: that if one side lies, cheats and can’t deliver the promises it made in order to win, we get to ask the question again. And that’s just as applicable to a second independence referendum. The SNP politicians who see it differently are simply demonstrating a worrying lack of tactical awareness.

The final twist is that if there is a choice between no deal and Theresa May’s deal, then no deal will lose, meaning the DUP are screwed, and a General Election will follow. If the Brexiteers (European Research Group) were to get the 48 signatures to force a no-confidence vote, then we will perhaps have a Tory leadership challenge, but that doesn’t look likely.

Many in the independence movement mistakenly think that a no-deal or hard Brexit justifies a second independence referendum, but that comes with hard borders between Scotland and the rest of the UK if an independent Scotland were to maintain SM/CU membership via EFTA. It would be far better to have open borders guaranteed and better access to the single market than the rest of the UK. Nonetheless, the very real economic damage of even a soft Brexit to Scotland’s economy justifies and will help to win independence referendum.

They need to be patient while Westminster paints itself into a corner. And remember: that it’s not an independence referendum they want, it’s a Yes vote.