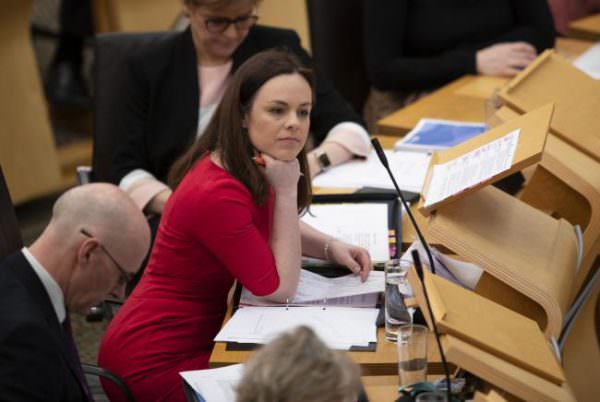 Kate Forbes, has been appointed by Nicola Sturgeon, Scotland’s First Minister (FM), as the Finance Secretary of the Scottish government.1 Business for Scotland has welcomed Forbes’ appointment, as apart from being a chartered accountant and thus possibly the most qualified secretary of finance Scotland ever had, it is also of historical significance to Scottish politics. She is Scotland’s first woman finance secretary and the youngest person, 29 years-old, to ever take on the role.

Politics is an area in which ‘women are severely underrepresented,’ according to the most recent Global Gender Gap Report 2020, published by the World Economic Forum.2 The global gender gap in politics, or ‘political empowerment’, has been improved only by 24.7%. This is in comparison to approximately 69%, which is the percentage that the overall global gender gap has been improved to by 2020. 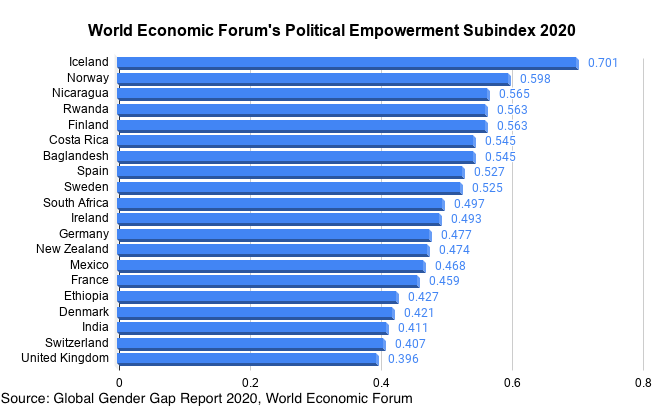 The situation in the Scottish parliament is slightly better, with approximately 36.5% of MSPs being women; 47 out of 129. According to the World Economic Forum’s report, only 25% of the sum of the seats of all parliaments of the 153 countries, covered in it, are occupied by women. Meanwhile, less than 20% of the seats available are occupied by women in as many as 45 of the 153 countries.4 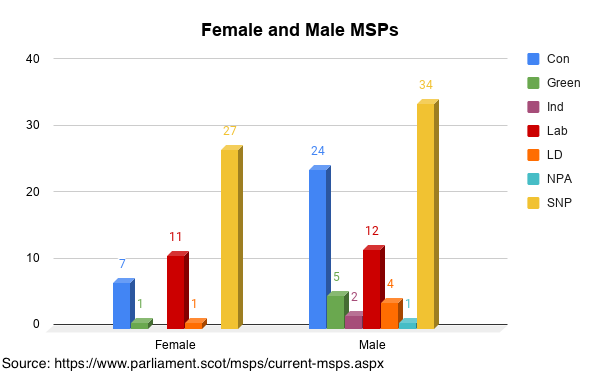 With Kate Forbes’ appointment, 12 out of Scotland’s 25 cabinet members (including the FM), or 48%, are now women. This is a fair percentage, even though it could and should be higher, considering the fact that 51% of Scotland’s population are women. This compares to, only 27% of the UK’s cabinet members being women. On a global scale, however, ‘only 21% of the 3,343 ministers are women, and there are 32 countries where women represent less than 10% of ministers in office today.’5

However, as mentioned above, Kate Forbes is not only the first Scottish finance secretary, but she is also the youngest ever. In fact, being 29 years old makes Forbes one of the youngest MSPs and the representative of another group that is not adequately represented in politics; the young people. According to data available on the Scottish Parliament’s website, in May 2018 the average age of female, as well as male MSP, was 51 years old.

The participation and representation of women in politics is improving; the 24.7% score in the political empowerment subindex is an 1.8% year-on-year increase and the most significant one since 2006. Nevertheless, if the average progress of 0.75% per year continues, then the report states that ‘it will take 95 years to close the gender gap in politics. This is better than last year’s estimation of 107 years, but still paints a grim picture about the non-inclusive future of politics.

There are positive and encouraging signs, with Kate Forbes’ appointment being one of those and a wider trend that has led to ‘a particular strong increase in the number of women in terms of ministerial positions in 2019.’ However, there is much work that still needs to be done. For instance, ‘there are no women of colour in the Scottish Parliament, National Assembly for Wales or Northern Ireland Assembly.’ In addition, according to the results of the 2017 local elections, only 29% of Scottish councillors are women.6

The UK has certainly come a long way from the mere granting of vote to a specific group of women in 1918.7 Apparently, the devolution of political powers to Scotland, played an important role in empowering women politically. We believe that initiatives such as Scotland’s Women Stand, which is aimed at the empowerment and encouragement of women to run for political office, should be promoted, with the hope that the gender gap in Scottish politics will close soon.