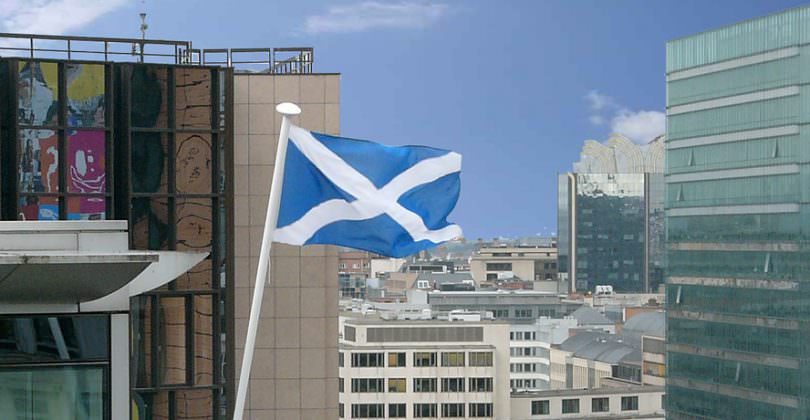 Since the 2014 referendum for Scottish independence there has been a lot of talk about Scotland’s relationship with the EU. This has only intensified after the 2016 referendum on EU membership delivered a pro-EU vote in Scotland but an anti-EU vote in England and Wales. Nicola Sturgeon has recently visited Brussels to discuss the possibility of Scotland staying or joining the EU after Brexit as an independent country. Scotland joining the EU seems a certainty and even if the way this will occur is still unclear there is a positive vibe from EU towards Scotland’s membership.1

One of the questions frequently asked in relation to this is what would be the effect of EU membership on the sovereignty of an independent Scotland? Providing a complete answer to this question is a task that would require an article of a few thousand words, since it would involve the analysis of some complex political and legal concepts. As a result, this article, without getting too technical, makes the case that an independent Scotland would still be a sovereign country even if it were a member of the EU.

A basic definition of sovereignty, according to the Online Etymology Dictionary and the Oxford Living Dictionaries, is that it refers to superiority or supremacy usually in terms of the power to make political decisions within a territory. In international relations theory, it is common to talk about internal and external sovereignty.

What is more important for our purpose here is the idea of sovereignty as ‘the ground rule of interstate relations’ that ‘identifies the territorial entities who are eligible to participate’ in the international political arena.3 Nowadays it is widely accepted that state sovereignty is the primary constitutive principle of modern political life.4 This means that sovereignty is a prerequisite or the passport for joining international political unions and organisations such as the EU and United Nations (UN).

It is what provides a nation with a voice in the international political arena. For instance, ‘representatives of Luxembourg and Denmark take their place round the table in NATO ministerial meetings, in EU Councils, and in the extensive network of committees through which these and other European institutions operate; representatives of Scotland and Bavaria do not.’5

Is it possible though that sovereignty rather than being a passport is more like an one-way ticket that a country merely exchanges for entering political unions? Looking into the case of the UK, it can be said that joining a political union such as the EU had some effect on its sovereignty. It would be wrong though to say that the UK exchanged its sovereignty for membership and the ability to hold the 2016 EU referendum through an Act of the Parliament of the United Kingdom (European Union Referendum Act 2015) is the best proof of that.

To make this clearer, joining the EU made it obligatory for the UK to accept and enact on EU laws and regulations. This means that the UK parliament’s supremacy over making laws has been arguably reduced, even though the UK participated actively in the EU’s decision-making processes. This is also despite that it enjoyed possibly the most privileged membership that enabled it to be selective, and opting out from EU legislation on various occasions; the European Monetary Union, the Schengen Agreement and so on.6

It seems that the fact that the UK, much like Denmark, Poland and Ireland, had the opportunity to negotiate and opt-out from EU legislations is evidence that sovereignty, at least in terms of the power to negotiate, remains with the member-state; it is not exchanged for membership. That could be the case, if the UK parliament had lost its authority to withdraw the UK from the EU.7 That would be the case in which it could be said that the supremacy of the UK government has been lost.

However, Brexit is the best example that the UK has remained a sovereign country throughout and there is no reason to believe that this would not be the case for an independent Scotland joining the EU as an equal member. In other words, the necessary sharing of sovereignty, in terms of having to accept EU legislation, is inevitable in the same way it is inevitable for everyone that decides to be a member of a democratic society to follow its laws and norms as well as to participate actively in their making. This is actually something that arguably enhances rather than reduces sovereignty.

Being part of a community of nations requires putting the whole above the individual parts and thus voluntarily sharing individual sovereignty, to gain access to a larger pool of opportunities for development alongside other member-states. As Aristotle said, thousands of years ago: ‘those that live in isolation and not in political communities are either beasts or gods.’8 Similarly, any country in the modern political world that chooses isolation over participation in the global political community is either not rational or is suffering from delusions of grandeur. Without saying that the EU, or any other political community for that matter, is perfect, Scotland should be wise and choose participation over isolation.