Refugees, immigration, the Euro, Greece and the in/out referendum, The Catalan pro-independence majority, the EU is making headlines. It’s getting a bad press and, let’s be honest, it fully deserves it. The EU’s incoherent response to crises, overly expansive ambition, especially on setting up the Euro, and creeping centralization could well be its undoing, but all of this masks the key benefits of its core value.  Free trade, economic cooperation, free movement of people and goods and the bringing together of independent nations in a war torn Europe in friendship and co-operation has protected Europe’s diminishing place as the world’s political and economic axis swiftly moves East.

A credible and effective EU, which acts in the best interests of its citizens, is essential to Northern European economic prosperity and security.  Pity, then, that the case for the UK to remain in the EU is not as clean cut as it should be.  It is absolutely vital that those campaigning to stay in the EU do not resort to Project Fear style campaigning; firstly, as it’s an immoral attempt to subvert informed and educated democracy and secondly, a high proportion of the Scottish people might recoil at such tactics.
Although we are probably a year away from any concerted campaigning, people are making their minds up on the issue and there are several clear battle-lines:
Both sides will claim that voting their way will safeguard and create millions of jobs. The truth is that everything would depend on post no vote trade deals and so there wouldn’t be a huge immediate exit of companies that have their bases in Scotland to access the EU market. There would be a great deal of uncertainty, however, and the real reason claims of Scottish inward investment drying up during the independence referendum turned out to be completely unfounded was that companies knew an independent Scotland had absolutely no plans to leave the EU. This is a totally different station and if the UK looks likely to leave, then Foreign Direct Investment (FDI) in the UK will slow dramatically and cost jobs. Claims that more jobs will be created with a no vote not only assumes favourable trading agreements can be reached but that trade will be unaffected by the protracted negotiations. The No side also assumes that freedom from EU regulations will make companies more cost effective but what cost new jobs without basic workers’ rights, a limit on the hours worked, relaxed safety rules? Would these be jobs worth having? Would they exacerbate inequality and increase the number of the working poor?
If there is a No Vote, the UK will have to negotiate new trade deals with the EU and the rest of the world, as EU trade deals negotiated or nearing completion with China, America, Canada will no longer apply. This will take years to renegotiate, leading to questions over how competitive UK trade agreements will be versus those we currently enjoy as part of the EU.  Becoming an independent nation within the EU is totally different, as Scotland would simply trade with the rest of the world as an EU member. 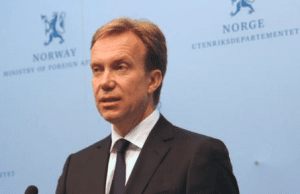 The key argument of the No campaign will be that the UK could join the European Economic Area (the Norwegian Model) but EEA members have to apply all of the EU trade and employment directives in order to access the EU common market.  Norwegian Foreign Minister, Børge Brende, said “Norway was one of the fastest to apply EU directives without being ‘around the table’ to have a say in new rules and regulations”.  And that “Britain would be forced to implement every rule from Brussels, even if it leaves the European Union”.

The Centre for Economic Performance at the London School of Economics predicts the range of Brexit economic scenarios from something akin to the global financial crisis (-10% GDP) to a best case scenario of a – 2.2% annual loss of GDP. Other credible think tanks are more positive but none predict a boom time following a Brexit, so the case for a No vote would appear to be based more on British Nationalism than economic pragmatism.
Taken at face value there is a compelling argument about the UK’s EU membership fees but those already enjoy a significant rebate and that would have to be renegotiated from outwith the EU.  Norway have to commit funds to EU development and don’t get EU grants in return, nor do they have any MEPs. EU grants can fund as much as 50% of university research and improving R&D is one of the key opportunities for UK economic growth. Also, the EU offers grant support to areas of economic deprivation, so whereas London and the South East get very little back from the EU, Scotland does well. The EU has a role in redistributing the UK’s wealth that we don’t want to lose.

On to the thorny issue of immigration, (as opposed to refugees) having open borders across Europe isn’t some liberal, politically correct, one-nation project; it is an economic necessity.  Without freedom of movement to work, the Euro currency zone would collapse and the common market would be less effective.  Take the situation in the early 2000’s, where unemployment in Poland and labour shortages in construction in the UK led to many polish worked coming to the UK. The UK construction sector boomed whilst unemployment in Poland fell, setting Poland up for economic recovery and increasing trade with the UK.  Add to that, EU immigrants tend to be young, get married and have children and generate 45% more tax for the government over their working lifetimes than UK born peers.

There is a strong argument that reforming EU immigration rules should be a high priority, not least as a Brexit would probably not change anything as the UK would probably have to accept EU immigration to retain access to the common market.  This truth doesn’t play well with he British nationalist xenophobic press and high profile no campaigners in Ukip or the right wing press.

There is a case that the benefits of EU membership are greater for Scotland, Wales and Northern Ireland than for England; this is a problem as England’s larger population can force the UK out no matter how the smaller nations vote.  Renegotiation is fine but the increasing prospect of a Brexit driven by EU failings on currency and the refugee crisis, could have long term economic disadvantages for Scotland. A Brexit may also signal millions of UKIP voters migrating back to the  Conservatives, guaranteeing Tory majorities for a generation that would not be restrained by EU work-time, safety, fair work or indeed even human rights directives. Is that the sort of country you want to live in?