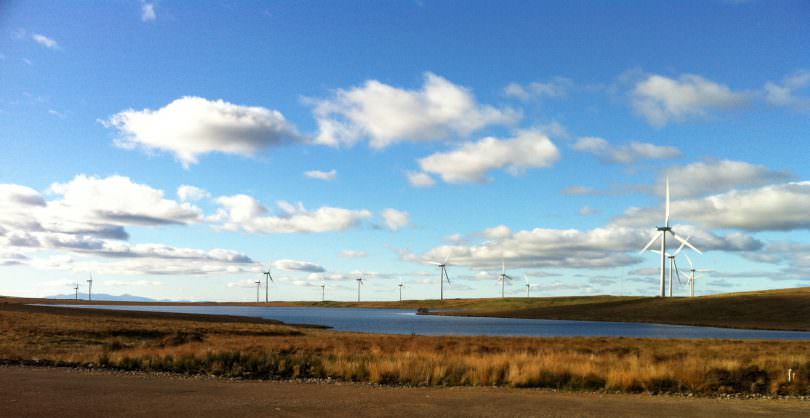 Chancellor Phillip Hammond’s claim that tackling the climate crisis by cutting the UK’s emissions to zero would be too expensive is exactly the narrow-minded economic thinking that people have come to accept in British politics.

Increasingly there is a divide between political elites in the UK, who prioritise all-costs growth, and ordinary people, who are beginning to realise that we need to act now to avert environmental catastrophe. For the first time polling has shown concerns about the environment are cited as more important than those of the economy or immigration. The environment is now the third most pressing issue among the general population and the second most important among young people.

Phillip Hammond has framed tackling climate change as a zero-sum game – it’s either spending for hospitals, schools and public services or for climate mitigation policies. Not only are the Chancellor’s claims myopic, but they are also inherently misleading about government spending. The government regularly makes choices about how public money is spent, while investment in sustainable energy and infrastructure can provide a net benefit to the economy in the long-term. 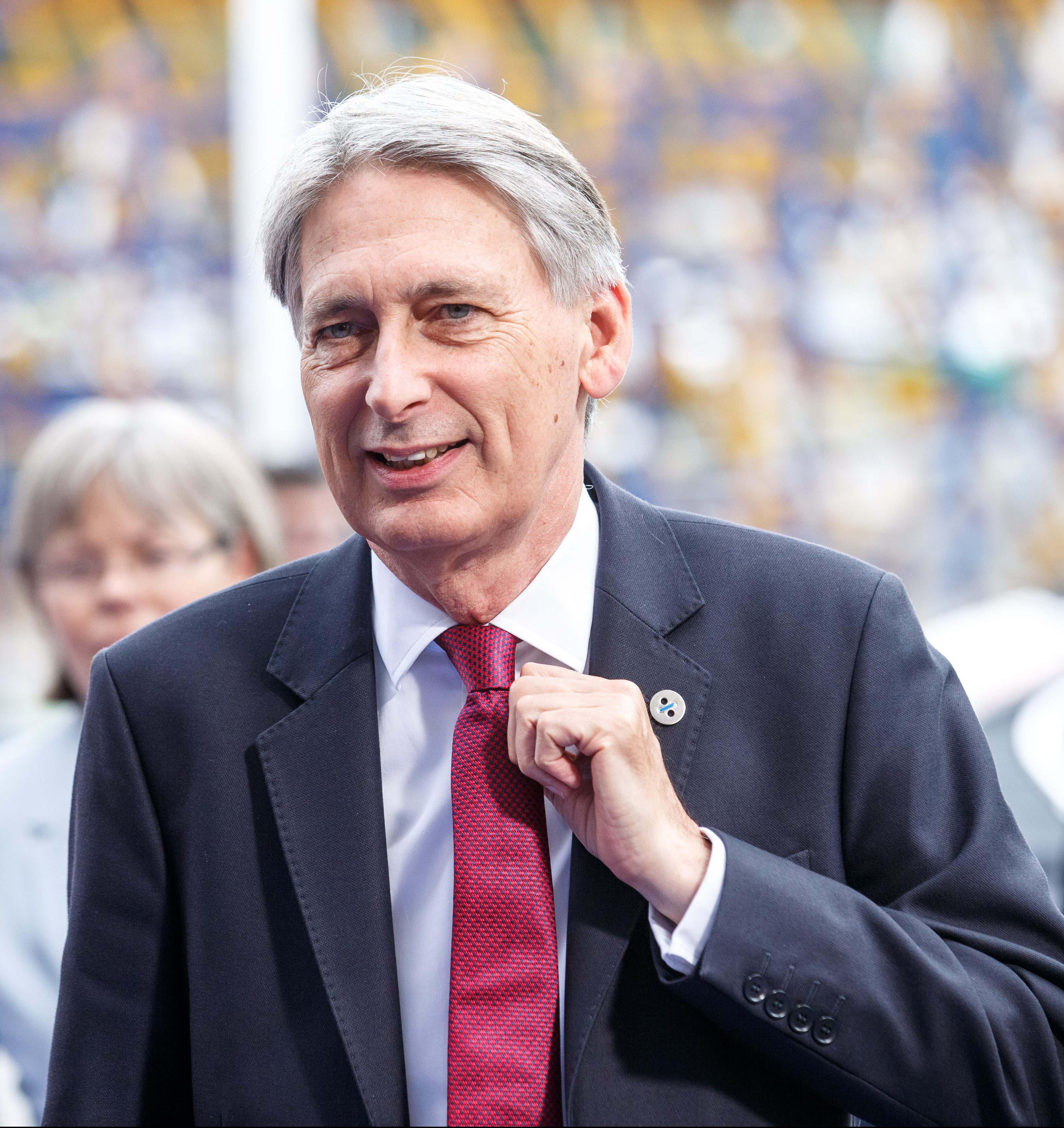 It is also ironic that Hammond claimed that reducing carbon emissions would take funds away from schools and hospitals, given that the Conservative Government has done just that. While austerity cuts to public services have been a choice for the government, leading to around 12,000 preventable deaths across the UK, the same cannot be said for effective policies which tackle tax evasion (which drain needed funds from these public services).

Perhaps the Chancellor’s most outlandish claim was that spending on climate mitigation policies would cause industries to become economically uncompetitive due to a lack of government subsidies. This ignores the fact that many industries benefit from investment in green technologies – from research and development to renewables. Furthermore, the current government has overseen cuts in funding for new onshore wind turbines, leading to the decimation of the industry in England. The UK Government’s hypocrisy is startling and ignores the fact that future-proofing the economy requires a move towards these sustainable growth industries in any case.

The question of whether or not we can afford to avert harmful climate change is ridiculous. The widely credible Stern review estimated the effect of dealing effectively with climate change would be 1-2% of GDP per year compared with the cost of 5% of GDP a year from leaving global heating unchecked. As Chancellor, you would hope Hammond would know that 5% more than 1-2%.

Whilst the costs of reducing our emissions will decline year on year as technologies become more accessible, the costs of inaction will only increase as climate change becomes more prevalent. These costs include those arising from climatic events and those from the proven health consequences of environmental damage. Last year the WHO said that tackling climate change would save at least one million lives per year worldwide.

One thing that Hammond is right about is that to achieve these targets there needs to be an ambitious policy response.

Scotland is already taking steps towards this, being the first country to declare a climate emergency. The Scottish Government has also committed to net-zero (where the volume of emissions is absorbed by offsetting techniques such as forestry) greenhouse gas emissions by 2045, five years ahead of the UK as a whole. This makes Scotland one of the most ambitious in the world in terms of statutory targets.

Whilst the UK has followed Scotland by declaring a climate emergency, it has faced criticism for expanding fracking initiatives and granting planning permission for a new coal mine. This in combination with Hammond’s statement shows the in-built resistance to committed environmental policy reform within the UK Government.

That being said, more needs to be done in order to achieve this target in Scotland as well. Holyrood’s environment committee has said that clearer plans are needed on how to tackle climate change.

There is also appetite among Scottish businesses for more comprehensive environmental policies. Scottish Power has said the net-zero emissions target should be made legally binding, a proposal that is being considered by the Scottish Government. This shows that rather than being a zero-sum-game, environmental policies can be integrated with a business-friendly economic approach.

The renewable sector offers huge potential to Scotland’s economy, particularly as we look to making growth more sustainable. Whitelee onshore windfarm, the largest in the UK, has generated 90% of the annual household electricity consumption of Scotland. 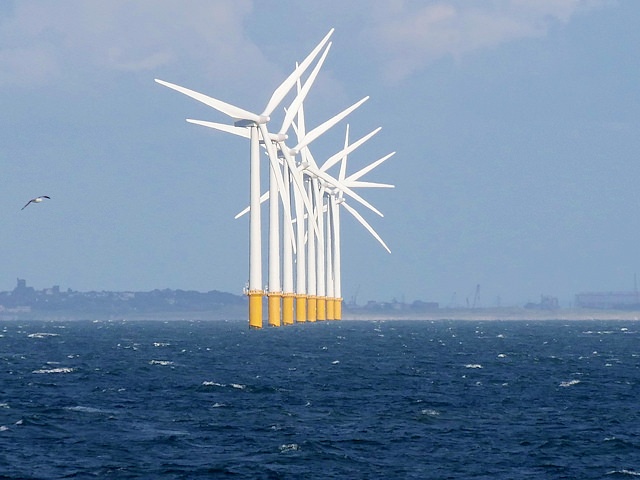 Offshore wind potential in the UK

SSE’s Beatrice offshore farm in the Moray Firth recently generated enough power for 450,000 homes, the most electricity of any single renewable source in Scotland. With 25% of the EU’s wind potential, it is vital that this sector is utilised to full effect.

The integration of environmentally-conscious thinking in economic policymaking reflects an approach called the Green New Deal (GND). Its proponents say it will create highly skilled, well-paid jobs and improve welfare whilst addressing the climate emergency. Specific proposals include a huge national home insulation program, which will cut down on the catastrophic levels of fuel poverty whilst making the sector more efficient and requiring skilled jobs to do it.

The New Economics Foundation suggests several GND policies, including things that would not automatically be associated with green politics, such as breaking up discredited financial institutions and reforming the financial sector.

Elements of the GND mirror arguments that Business for Scotland has been making for a number of years. For instance, establishing an Oil Legacy Fund, paid for by taxing oil and gas companies instead of giving them rebates, which would be used to invest in the renewable sector. Furthermore, our proposal for benefit corporation tax credits would charge a lower rate for businesses who adopt sustainable working practices, minimising the incentive for tax evasion.

There is now a huge opportunity for the Scottish Government to provide leadership to the sustainable growth agenda. It is clear that the UK Government will not follow through with their commitments on the environment and will continue to prioritise all-costs growth at the expense of ordinary people, With that in mind, at a minimum the Scottish Government should demand additional powers over areas such as corporation tax and management of Scotland’s oil and gas revenues. However, the only way to transform Scotland’s economy to better serve the people and the environment is independence.

If you liked this article you may also like: What Scotland can learn from New Zealand’s Wellbeing Budget

What Scotland can learn from New Zealand’s Wellbeing Budget