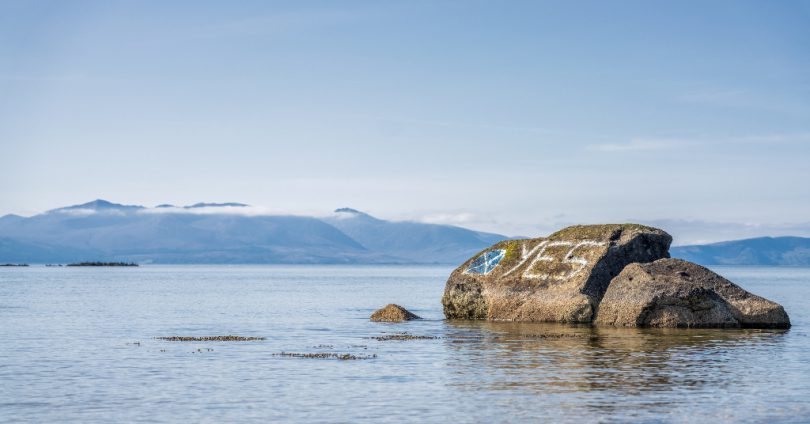 Support for Scotland’s right to hold a second vote on its independence is spreading outwith the country’s borders.

Here are three examples showing that Boris Johnson’s anti-democratic stand against the majority of MSPs elected last month is losing support, even in England.

1: Three of the four candidates nominated so far to become the new general secretary of Unite the Union support indyref2

Seen by many as the front runner in the Unite leadership contest, Steven Turner has said that citizens have the right to decide their own future in a democracy and has argued that it would be inconsistent for the union to support self-determination for the Palestinians and the Kurds but not for the Scots.

Solicitor Howard Beckett has said he supports a devo-max option on an indyref ballot paper. He said the Labour Party had ‘’never recovered’’ from standing alongside the Conservatives in Better Together during the 2014 referendum campaign.

Sharon Graham believes it is ‘’absolutely right ‘’ that Scotland should control its own future.

All three candidates, who are seen to be on the left, made their position clear at a recent husting held by Unite’s Hospitality Glasgow branch, which welcomed their comments and called on others in the Labour movement to follow their lead.

The Scottish Trades Union Congress has already backed the Scottish parliament’s right to hold indyref2. But Labour’s leader Keir Starmer and its leader in Scotland Anas Sarwar support a block on the vote.

The fourth Unite candidate announced so far is Gerard Coyne, regarded as a right winger.

The union will soon confirm which candidates have enough support to appear on the ballot paper and a result is expected on August 26.

Mr Lopez said recently: ‘’When an issue is polarised and complicated the best way to gather the answer is to give the choice to the people. How can you say you know what the people want and that you are ruling on their behalf without asking them what they want?

”It is important politically, economically and socially, culturally to have citizens partake in participant democracy and best to collect the opinion of the people.’’

A recent poll showed that voters south of the Border have little appetite for blocking indyref2. The  poll by Savanta ComRes found that 25% of English voters support independence for Scotland.

Only 32% actively oppose Scottish independence, including 20% who strongly oppose it. And 30% of adults in England had no interest in the independence campaign in Scotland.

Around 44% of English voters rejected any suggestion that the whole of the UK should get a say in a second referendum.