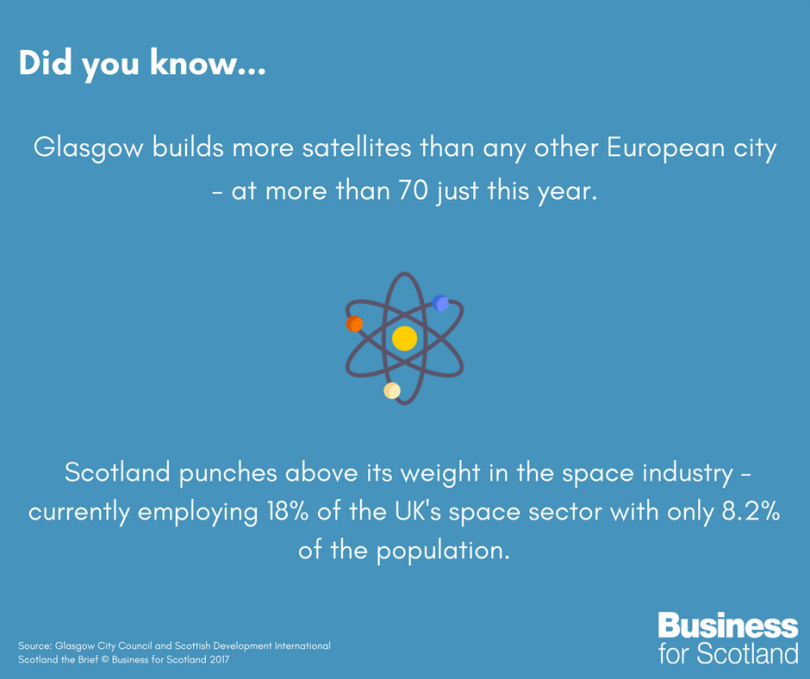 Scotland’s space industry continues to grow as successful companies from around the world choose to base themselves in Scotland. With the likes of the US space company setting up their European headquarter base in Glasgow, the space industry in Scotland has considerable potential.

The Motherwell – based company, MB Aerospace also recently sighed a 10 year contract with the American technology firm United Technologies Corporation (UTC) worth £770 million. The collaboration will bring opportunities to Scotland’s economy and job market – and it is estimated that they will recruit an additional 160 engineering specialists within the next 3-5 years.

The expansions of the space industry has led to Scotland currently employing 18% of the UK space sector – around 7,000 jobs, and contributing £131 million to the Scottish economy every year. If the UK spaceport were to be located in Scotland, this would grow significantly.