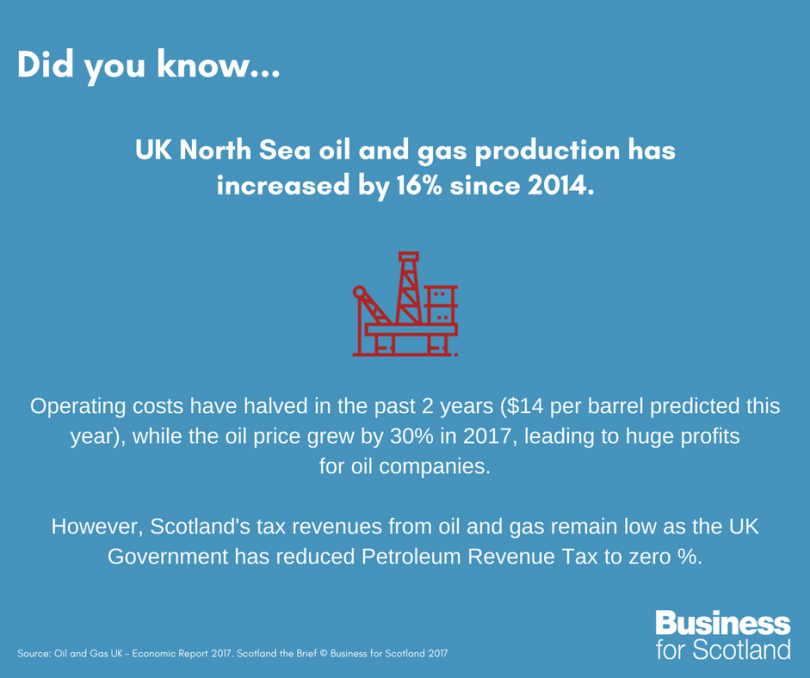 1) What is petroleum revenue tax (PRT)?

Petroleum revenue tax (PRT) is used to tax oil and gas production companies on their profits. All companies who produce oil in the UK, or on the UK continental shelf have to pay this tax. In turn, this generates revenue for the UK Government, which shows as Scottish Government revenues in the GERS report.

In March 2015, and in the 2016 Budget, considerable changes were made to the taxes charged to oil and gas production and exploration companies.

In addition to this, supplementary charge (SC) (which is another tax on a a certain type of profit from oil and gas companies’ production or exploration activities) was gradually reduced from 62% in 2015, to the current rate of 10%.

3) What were the consequences of reducing PRT?

In the past two years, PRT receipts to the UK Government have been negative (see image). Although companies are no longer paying petroleum revenue tax, they can still claim refunds for the PRT that they paid in previous years. Companies are permitted to do this on the basis that they are compensating for their current trading losses (they are no longer making trading losses), and decommissioning spending. As a result, North Sea oil revenues will only be negative as long as PRT remains at 0%, and if companies are permitted to claim PRT payments back.

PRT receipts to the UK Government. Image taken from GERS 2016-17

4) Are there any plans to increase PRT?

There are currently no indications of the UK Government increasing the petroleum revenue tax. This is despite lower operating costs, increased production of oil and gas, and the recovery of the oil price resulting in oil and gas companies taking in higher profits.