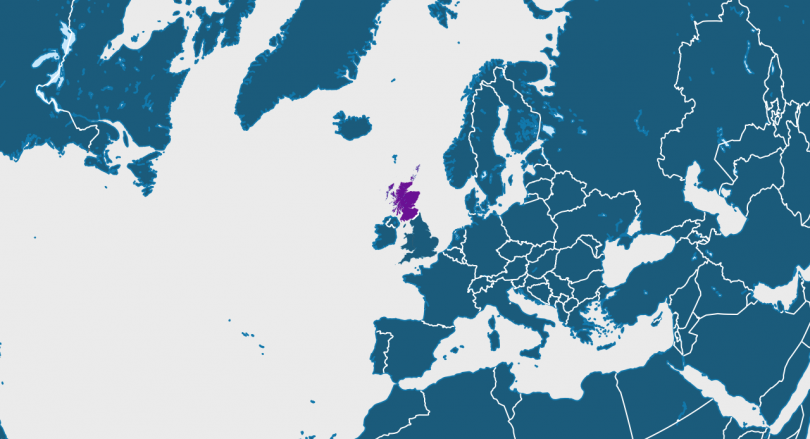 A key issue during the 2014 referendum campaign was whether an independent Scotland would be allowed to join the North Atlantic Treaty Organisation (NATO) or not. Experts believed it would; NATO officials refused to comment. However, the global strategic situation has shifted dramatically since then. The European core powers appear more willing to increase their security independence from the United States due to foreign policy decisions that have impacted on NATO’s credibility.

This has implications for a future government of an independent Scottish state. The choice will likely not be a binary between NATO or neutrality: NATO may not be the only game in town anymore, with a European alternative emerging. The question now is how Scotland would pivot between competing alliance systems headed by states that will seek Scottish assurances toward their institutions.

NATO in Question
NATO was created by the US to deter Soviet activity in western Europe while promoting American interests in the region after World War II. American strength and leadership was the glue that held the alliance together during the Cold War era. However, with the Soviet Union absent, it seems that recklessness and indecision in US foreign policy in the European and near-European regions has undermined the alliance.

Examples include Washington’s failure to act on behalf of its Georgian ally in 2008, and to do anything decisive to protect Ukraine, both prospective NATO members, against Russian aggression. (To note, specialists attribute Russia’s actions to Washington’s strategy of expanding NATO eastward.)  Most important are the seemingly endless conflicts in the Middle East. It has been costly for America and, mostly, for those in close proximity to the conflict zones.

Donald Trump, who is seen as an isolationist, has only further diminished America’s credibility among allies — especially through his criticism of NATO itself. This has generated anxiety in eastern Europe regarding the strength of Washington’s commitment to their security in relation to Russia.

NATO membership also requires that joining countries implement a free-market system integrated into an open world economy. Trump’s ‘America First’ trade policies now run contrary to this: anxiety regarding Washington’s wavering guarantees toward Europe’s security has been amplified by acts and threats of trade war with the European Union. Scotch whisky, among other products, has been targeted in proposed U.S. tariffs — with the United States being Scotch’s single-largest export market.

An Alternative to NATO?
These problems have led to a reconsideration of NATO in Europe: most dramatically in Germany, Europe’s most powerful state. A recent survey in Germany found that 55 per cent of respondents thought the US was a threat to the country, one point less than the 56 per cent who said the same of Russia. 63 per cent and 58 per cent respectively of those aged between 30-44 and 45-59 saw the US as the greater threat.

Scotland does not, therefore, face the strategic situation it did in 2014. NATO is in question in Europe; an alternative new alliance organisation composed only of European states is being talked about more frequently. Scotland would play an important part in any future alliance. The problem for Scotland will not be exclusion from any of these competing arrangements, but which to commit to as an independent state.

Scotland’s Strategic Importance
NATO will remain a feature of the European political environment in the coming years, even if it has to work alongside an administratively independent European security organisation.

Among the keystone foreign policy think tanks in Washington, as well as those in the highest ranks of the American military, and many in the Republican and Democratic party machines, there is still a commitment to NATO. In the long-term, even beyond Trump, this will persist. Moreover, these actors, as well as the thousands of bureaucrats working in the organisation itself, will not want to see any part of the territory under NATO’s administrative umbrella exit.

A major concern recently has been Russia’s recent activity in the Arctic Circle, where it has been investing billions in new military capabilities and in resource extraction infrastructure.

This has been a response to planetary warming, causing Arctic sea ice to melt, thus opening up new maritime routes. With trade flows already shifting to exploit the new routes, which will act as a Pacific-Atlantic bridge to reduce shipping times, the Arctic maritime channels will become an important factor of the 21st century world economy. As such, Russia wants to dominate the region.

This has prompted calls in Washington that America and its allies ought to make their own preparations to protect their interests in the Arctic. The foreign policy community in Europe is voicing similar concerns. Consider James Mattis, an American general and former Secretary of Defence to Donald Trump who resigned over policy differences with the President, one of those differences being Mattis’ commitment to NATO. Mattis has called for greater US engagement in the Arctic region.

Scotland is one of the closest territories to the Arctic in maritime terms. This increases its importance as a base for navy ships, but also for transport shipping. Scotland would also be one of the closer states for stationing aircraft. And Scotland’s large maritime area would include many shipping routes, being only several hundred miles from the Arctic circle.

Scotland’s geography also provides it with a wider strategic importance than this. To its immediate west is the Atlantic, to its immediate north and east is the North Sea, with critical energy reserves. Scotland is a gateway not only to the Arctic Ocean but also to the Baltic Sea, another busy maritime area in Europe.

Scotland’s territory is too strategically important for it to be excluded from any future alliance systems. A likely scenario for an independent Scotland, as for all the currently independent states in Europe, is membership of both NATO and a separate European security organisation should one come into existence. Which alliance Scotland dedicates the most resources toward will depend on Scotland’s interests at that time; while Scotland will have influence over its military size it will also face pressure to make strong assurances to both.