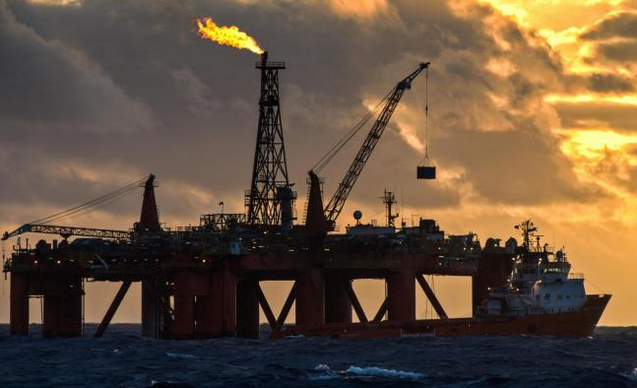 Confidence in the oil and gas sector has almost doubled in the past year, according to a major international study.

The report says confidence among senior figures in the industry had risen globally from 32 per cent in 2017 to 63 per cent this year.

The group’s research also revealed that more than a third of more than 800 senior sector figures (36 per cent) expected to increase spending on R&D and innovation, the highest level recorded in four years.

The study, titled Confidence and Control: the Outlook for the Oil and Gas Industry,  also featured in-depth interviews with a number of industry experts. DNV GL said that oil companies entered 2018 with a more positive outlook than in recent years and, while the sentiment was not universal, it was built on more than the prices of oil or gas.

Half of large Scottish companies have breached new late payments rules, according to recent analysis.

Companies are failing to comply with UK law designed to tackle the late payments issue that threatens small firms.

Fewer than half of those required to file under the Payment Practices and Performance Reporting (PPPR) regulations have managed to do so.

Legislation came into force on 6 April last year requiring larger companies and limited liability partnerships to report on a half-yearly basis on their payment practices, policies and supplier payment performance.

The first reports were due in November and December 2017 but only 17 Scottish registered businesses had filed by early this month.

Analysis from KPMG Scotland suggests this number should have been significantly higher, with the firm expecting more than twice this number based on historical statutory filings.

The total transaction volume was boosted by 36 £20 million+ deals, more than double the number of deals of this size recorded in 2016 (14), according to international real estate advisor Savills.

Investment was spread across offices, industrial, retail and leisure, with a healthy mix of activity across Scotland, with £867 million invested in Glasgow (38% of activity), £794 million in Edinburgh (35%), £174 million in Aberdeen (8%) and £461 million (20%) invested elsewhere in Scotland outside of the three cities.

The overseas market accounts for 34% (£787 million) of total investment volumes, representing the largest investor type while 2017 also saw a return of property companies across Scotland, who accounted for 30% (£688 million) of the total invested.

Prime yields in Edinburgh and Glasgow both moved in 25 basis points over the course of 2017 to 5.25% and 5.5% respectively but Scottish prime office yields remain attractive compared to the UK regional prime office yield, which currently stands at 4.75%.

The latest Export Scotland Statistics reveal Scotland’s international exports have increased by £46m to £29.8bn in 2016.

FTSE 100 companies have been told to address sexual harassment in the workplace or face legal action.

The Equality and Human Rights Commission (EHRC) wrote to the chairs of the FTSE 100 and other large companies last month stating it will take legal action where there is evidence of systemic failure to prevent, or deal with, sexual harassment.

The move came about in response to the Hollywood and Westminster sexual harassment scandals, and the #MeToo campaign.

The EHRC has asked companies to supply evidence of:

The UK is leading the way in alternative finance, such as crowdfunding and P2P lending, as the rest of Europe plays catch-up.

New research from the University of Cambridge’s Judge Business School revealed that while the UK remained the largest alternative finance  market in Europe by far, at €5.6bn (£4.9bn), the rest of Europe began to play catch-up as it grew its own market by 101 per cent.

Data from the university’s Centre for Alternative Finance showed that France came second after the UK in the size of its online alternative finance market at €444m, followed by Germany and the Netherlands. Some of the more surprising rankings included Finland at number four and Georgia at number seven.