The Scottish forestry industry is now worth almost £1bn a year, with the number of jobs in the sector increasing by 50 per cent during the economic downturn, a new report has revealed.

Experts said that these figures showed that forestry in Scotland, with complex supply chains delivering well paid jobs and economic growth, was becoming the employment bedrock of rural communities in areas like Dumfries & Galloway.

“This report demonstrates the growing importance of Scotland’s forest based industry to both rural areas and the national economy, an industry that has bucked the trend and posted impressive growth since the downturn in 2008.

“Scotland has some of the most technologically advanced sawmills in the world and the maturing of the forestry sector is supporting an increasing number and variety of relatively well-paid rural jobs.

“It is a unique sector, the only established industry where greater economic activity reduces carbon in the atmosphere, a topical achievement as the world comes together in Paris in December to tackle climate change.

“We welcome the support that the Scottish Government has given to this booming industry and look forward to delivering even more jobs, economic growth and carbon reductions for the people of Scotland.”

“Scotland’s forestry sector is clearly delivering on many fronts and I want more people to know just what a success story it is and its benefits and contribution to Scotland’s economy, environment, people and communities.”

More on this from the Forestry Commission Scotland.

A £1bn fund for investment in an innovative carbon capture project in Peterhead has been scrapped leaving Buchan business owners reeling.

Scottish and Southern Energy (SSE), which runs the plant, described it as a “missed opportunity”.

The project was set to create some 600 jobs in the North East and had already reached an advanced panning stage by developer Shell.

The global oil-firm said it had “no future” in Peterhead without the money.

Peterhead businesses are unsure what the future holds without the planned carbon capture project.

Tommy Jackson, a director the Buchan Braes in Boddam – where the infrastructure for the project would have been based – said that locals had been pinning their hopes on the project transforming the area and businesses throughout Buchan had suffered because of the downturn in oil and that CCS was seen as a solution.

He added: “A lot of development has gone on in the area on the back of the hope that it was coming.

“I’m sure it will have implications on us, but we have been holding on very well.”

Construction of the facility at Boddam would have created work for about 400 people, rising to a peak of 600.

Full story in the Press and Journal. 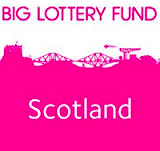 The Big Lottery Fund Scotland has opened a new £250m funding scheme with a focus on helping people and communities most in need.

Opening the new funding scheme at Big Lottery funded Healthy n Happy, Rutherglen, Maureen McGinn, Big Lottery Fund Scotland chair said: “I am delighted to be here to announce our main funding offer is now open for business. In these challenging times we hope this new Lottery money will open the door to support activity which puts people in the lead at the heart of their communities.

“We have refreshed and redeveloped our approach and focus so we will work with communities and organisations to support activity which is people centred, strengths based and has good local connections. We are sure our new approach will ensure our Lottery funds make a truly life-changing and inspirational difference to people across Scotland.

“We have also simplified our application process to make applying for funds more straightforward. We want to make it easier for those who have not applied to us before to do so now.”

Between now and 2020 groups across the country can apply for grants from £10,000 to £1m to help finance projects which are community led or will improve lives. 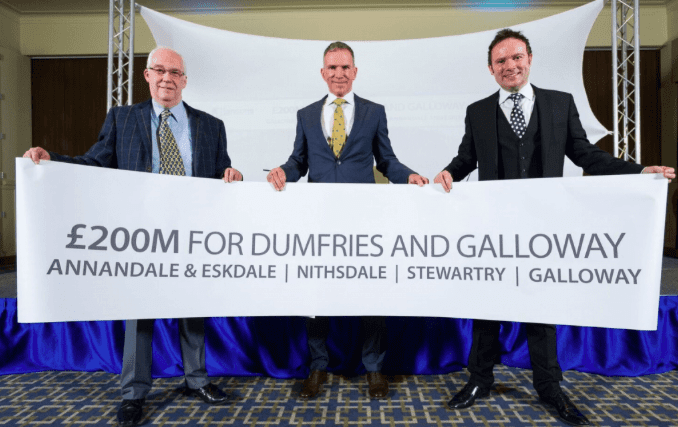 A £200m investment has been unveiled that will deliver a range of projects including a University campus, innovation centre and museum to Dumfries and Galloway.

Jansons Property, an investor and developer which works in partnership with the William Pears Group has teamed up with the Crichton Trust to deliver a series of projects including the above and a home for the National Centre for Resilience which will drive research into climatic, environmental events and energy responses and two new grandstands and a business park at Queen of the South’s Palmerston Park alongside 250 purpose build student residences.

“We are pleased to be working with the Crichton Trust in taking forward this exciting development, and we will bring together funding and expertise to deliver appropriate projects for the Crichton and the community of Dumfries and Galloway.”

Chief executive of the Crichton Trust, Rob Shaw said on the investment:

“We are delighted and proud to announce the most compelling and tangible investment opportunity that Dumfries and Galloway region has had in living memory.

It is a very exciting day for Scotland and the Dumfries and Galloway region which will provide substantial benefit to the local community and create sustainable well paid jobs at all levels.” 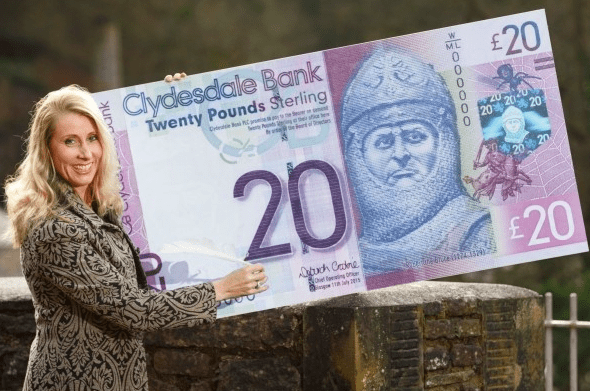 The first ever Scottish banknotes to be signed by a woman are going into circulation.

Debbie Crosbie, the chief operating officer of the Clydesdale Bank said she was proud that her signature would appear on the new run of £20 notes.

“I’m proud to be the first woman to sign a Scottish banknote and it’s particularly meaningful to be launching it at New Lanark, a Unesco World Heritage Site, which has been featured on Clydesdale Bank’s £20 banknote since 2009.

“New Lanark played an important part of Scotland’s industrial and social history. It serves as an enduring tribute to the men and women who created this world-leading industrial mill and its ground-breaking commitment to workers’ welfare, education and skills.”

“I feel personally honoured to be the first woman to sign a Scottish banknote and hope that it helps serve as recognition of the many ground-breaking achievements of women across banking and the wider Scottish economy.”

Full article in The National.

The Business for Scotland Annual Dinner 2015 video is now available to view.

Next year’s Business for Scotland Annual Dinner is set to be held in September.