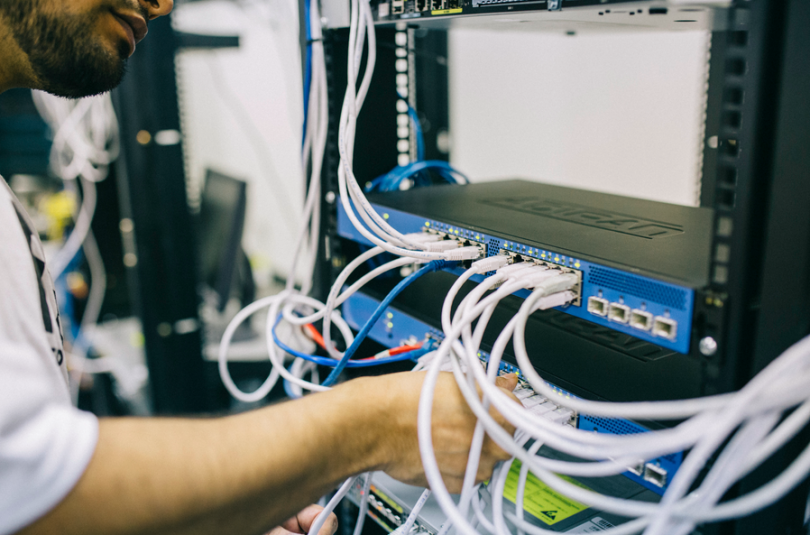 Aberdeen is to become a forerunner for digital transformation in Scotland with the announcement of a new Gigabit-capable full fibre broadband network under the Vodafone and CityFibre Fibre-to-the-Premises (FTTP) programme.

The Vodafone and CityFibre partnership will mean that Aberdeen becomes Scotland’s first city in which nearly every home and business will have access to gigabit-speed broadband.

It will also help the Scottish Government achieve their ’Reaching 100%’ ambition of making Scotland one of the best-connected places in Europe. CityFibre will invest at least £40m of private funds in the city-wide roll-out.

A superhero movie starring Scarlett Johansson in one of several new projects filmed in Edinburgh that have injected millions into the economy.

The 2017 impact figures surpass the previous record year, 2016 when Danny Boyle’s T2 Trainspotting and the wartime epic Churchill helped boost the value of the industry to £7.7m.

Other big screen productions contributing to the 2017 figures are Mary Queen of Scots and Robert the Bruce.

The making of the Avengers film saw more than 400 crew members descend on Waverley Station, Cockburn Street, Victoria Street and the Royal Mile.

The number of first-time buyers in Scotland is at the highest level for a decade, according to new figures just announced.

As a result Homes for Scotland, the organisation representing Scottish housebuilders, has called on the Scottish Government to extend the Help to Buy scheme to capitalise on the surge.

Data published by finance and banking industry trade body UK Finance showed there were 8,800 new first-time buyer mortgages completed in Scotland in the fourth quarter of 2017 – 3.5% more than in the same quarter of the previous year.

According to the report the value of loans to first time buyers, who are typically 29 years old and have an income of £35,000, increased by almost 10% to £1.01 billion. The average loan to a first time buyer in the last quarter of last year reached £106,000, around 85% of the typical home value – 3.13 times the average salary.

Now, the umbrella body for builders has urged the Scottish Government to extend the Help to Buy scheme to further increase the number of first-time buyers.

A survey of the offshore wind supply chain has revealed startling figures on potential growth and job creation.

96% of supply chain companies surveyed in the Neart na Gaoithe (NnG) Offshore Wind Farm Coalition say that a contract for the construction of the wind farm would enable them to create new jobs, with 10% of these saying they could each create up to 50 new posts.

Additionally, a massive 96% of companies say that this would allow them to create work for other local companies, with 24% of these stating that these contracts could each be worth more than £250,000.

The statistics are revealed in the results of a survey of 50 supply chain companies carried out by NnG Offshore Wind Farm Coalition this month.  The coalition consists of a group of companies that has come together in support of the 450MW NnG offshore wind farm – a £2 billion development planned for construction in the Outer Forth Estuary.

Around 94% of small and medium-sized enterprises in the UK believe the Westminster Government is ignoring their worries about Brexit, and the level of concern is “incredibly high”, a survey has revealed.

And owner-managed businesses emphasised their single biggest concern for 2018 was how Brexit negotiations would affect them. This was a significantly bigger fear among such firms overall than other worries such as skills shortages, cyber attacks, and increased regulation.

Only 41 of the 653 owner-managed businesses surveyed by accountancy network Moore Stephens said they thought the UK Government was listening to their views on Brexit.

This supports the findings of a survey carried out by BfS that revealed only 8% of Scottish business owners trust the UK Government to secure the best Brexit deal for Scotland, and 79% want to see a second EU referendum after the terms for leaving the EU are clear.