Scottish Business Buzz is a collection of business and economic news from around Scotland that will also showcase the news and achievements of the Business for Scotland membership.  If you’d like us to consider your business news to feature in a future update please email your press release to [email protected]

Award winning construction company Springfield Properties has picked up another tranche of awards. Owned by former BfS director and generous donor to BfS Sandy Adam, Springfield has been named Homebuilder of the Year 2015 for the second year in a row. Sandy’s team also picked up Best Customer Service Initiative for the second year in a row as well as awards for best medium and best small developments. You can see the list of awards and commendations here

Katrina Mather has launched The Body Toolkit, a first-of-its-kind concept, running detox and wellbeing retreats in the stunning and idyllic Scottish Highlands. Katrina said: “12 years ago my own health issues led me to look for better solutions, and in doing so I slowly began to appreciate the body’s staggering ability to heal given the right conditions.  The tools I put together helped me so much over the years that I’ve felt compelled to share them with others.  I’m passionate about the fact that even the tiniest of changes to the way we treat the body and the way we think, can make dramatic differences to the way we feel.”

When BfS founder and CEO Gordon MacIntyre-Kemp’s Mac stopped working, he was stunned to hear from Apple that it would cost £800 to fix. He turned to BfS member E Waste Solutions who did the repair for £150. E Waste Solutions recycles/refurbishes electronics, computers and surplus equipment from local/national businesses and residents by fixing or replacing what may be broken and putting it back into the community for educational use. 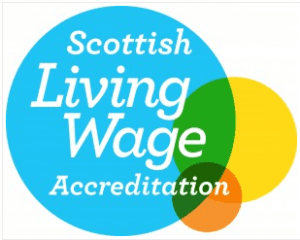 BfS is campaigning on the Living Wage

Business for Scotland’s Glasgow group is holding a Living Wage event next week – great business networking and discussion around the business benefits of paying the Living Wage. Can businesses afford to pay the Living Wage or is it a case of can they afford not to? This event will answer all your questions and provide case study evidence of the merits of paying the Living Wage and investing in young people. Member speakers Gillian O’Neil from 29 Studios, Anthony Gerrard of Bad Idea Organisation and Craig Hume of Utopia Computers will be joined by Julie McGahan, Living Wage Programme Manager (Scotland).   Register here

Looking to the Commonwealth for business opportunities

Commonwealth is a sleeping giant that could become a key part of a world beyond the narrow confines of Europe. But how do we help the Commonwealth start punching to its weight – and in so doing help Scottish exporters and entrepreneurs? Roddy Gow is chairman of www.AsiaScot.com and he says a new approach is needed. The Commonwealth needs to be recognised for what it is – a vast global market place offering countless opportunities for Scotland.  You can read his thoughts here

Double the number of businesses have been created by the jobless in Scotland. Latest figures show 6,850 businesses have been created in Scotland under the New Enterprise Allowance scheme. Figures show the most entrepreneurial benefit claimants are based in the North of England, however, the rise of 95.8 per cent in the scheme’s take-up in Scotland since March 2014 is by far the highest of all nations and English regions. Glasgow City finds itself fourth in the top ten list of all British local authorities for NEA business starts, with a total of 1,060, not far behind Liverpool (1,270), Birmingham (1,100) and Sheffield (1,080).

FanDuel – one of Scotland’s ‘unicorn’ companies

Polly Purvis, chief executive of award organiser ScotlandIS, said: “The sheer volume and strength of the award applications was outstanding so I would like to congratulate all of our winners. From specialist businesses to well-known names we saw a great many examples of passion, innovation and hard work. Scotland is home to a growing number of ambitious and successful technology companies and as a small country I believe we punch well above our weight. ScotlandIS now has over 300 member businesses and this year’s award winners offer a snapshot of the talent making waves across our industry.”

Read more in The Daily Business