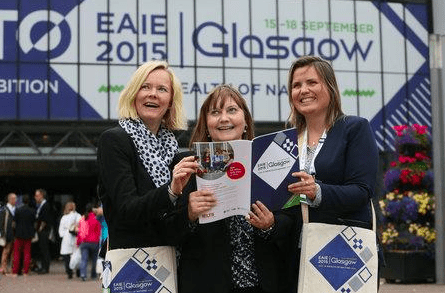 Glasgow now sits at 28th place out of 400 in the world of delegates attending international conferences according to research by the International Congress and Convention Association. Vienna sits at the top spot, with London second.

Aileen Crawford, head of conventions at GCMB said: “Glasgow’s capability and credibility in the international meetings market-place is stronger than ever. As this latest ICCA data shows, as well as attracting smaller niche and specialist conferences, Glasgow’s strategy of targeting major congresses, which attract thousands of international delegates and deliver significant economic impact.”

The figure represented a 51% increase on the previous year, compared with 20% for the UK as a whole. On the UK regional league table Scotland surpassed south east England to come second behind London.

Holyrood’s newly appointed economy secretary, Keith Brown, said the report showed that Scotland was “a great place to do business”.

“In an increasingly competitive global market, it is encouraging that year after year, international firms are seeing Scotland as an attractive place to come and invest,” he said.

“Over the next year we will be opening two new investment hubs, in London and in Brussels, to add to our hub in Dublin, and will be working hard to continue to promote the skills, talents and location that make Scotland such a successful place to do business.”

TPE will invest more than £230m in 25 brand new trains which will be in service across the network by 2019, providing an extra 13m seats a year.

In total, the 44 brand new state of the art trains will supplement TPE’s current fleet and will more than double capacity on all intercity routes across the North and into Scotland, by 2019.

Investment means every train operated by TPE by will have free Wi-Fi, advanced on-board customer information, modern interior with spacious seating, air conditioning and power sockets at every seat.

The new trains will allow services to operate at speeds of up to 125mph, cutting journey times between key towns and cities. 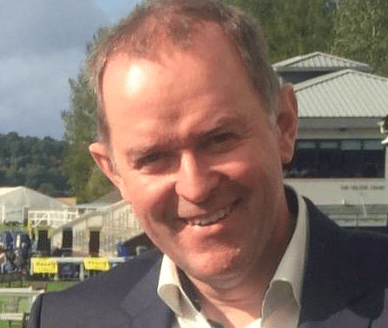 Aberdeen based Anderson Construction has been awarded over £2 million worth of construction contracts for various Clients in Aberdeen and Aberdeenshire.

Amongst the Projects is an £800,000 extension and refurbishment contract for Camphill Estates in Bieldside as well as work for Langstane Housing Association in Stonehaven and Peterhead.

Commenting on the awards Anderson’s Director Jim Buchan said “these new awards offer security for our workforce during testing times for all sectors in Aberdeen, the diversity of the projects is a testament to the hard work of every member of our team as well as our supply chain”.

Anderson Construction and Anderson Buchan Properties are operated and owned by Kenny Anderson and Jim Buchan from their Northfield Headquarters and employ 40 people directly with a further 50 people employed through sub-contractors.

Demonstrating their outstanding commitment to high performance through good people management, the Keil Centre Ltd is the first organisation to achieve the highest level of accreditation.

In achieving prestigious Platinum accreditation, The Keil Centre has been recognised for its forward-thinking leadership and values, and commitment to training and development, reward and recognition and performance management. In expanding internationally, the Platinum framework and Specialist guidance is supporting The Keil Centre’s cultural change to achieve further high performance and growth.

“This an outstanding achievement for The Keil Centre. The new Platinum award recognises organisations who have some of the best people practices in Scotland in place. If all organisations were adopting the same practices we could transform the Scottish economy and that’s a goal worth aiming for”.

In Wales, some 3,500 business were involved in the low carbon economy, providing 9,500 jobs and in Northern Ireland 2,000 companies were active in the sector, sustaining the equivalent of 6,500 full time jobs, the figures reveal

WWF Scotland director Lang Banks said:  “These figures underline the importance of low-carbon businesses to Scotland and the rest of the UK, by helping grow our economy and creating jobs.

He said Scotland could become the EU’s first fully renewable electricity nation by 2030, but only if Scottish ministers committed to the shift and ensured their forthcoming energy strategy focused on renewables, reducing demand and developing energy storage.

Join the European Movement in Scotland and Konrad-Adenauer-Stiftung with the European Institute for Security and Justice for a series of public events on the EU Referendum.

Joined by a panel of experts who will answer questions on the referendum and the UK’s relationship with the EU:

From an EU perspective: Mr Hans-Hartwig Blomeier, Head of the Konrad-Adenauer-Stiftung Office in the UK

From an academic perspective: Prof Christian Kaunert, University of Dundee and Jean Monnet Chair in EU Justice and Home Affairs

Attendees are invited to submit their questions to the panel before the event by completing the registration form, or posting their questions on our Facebook and Twitter. Questions can also be emailed to [email protected]