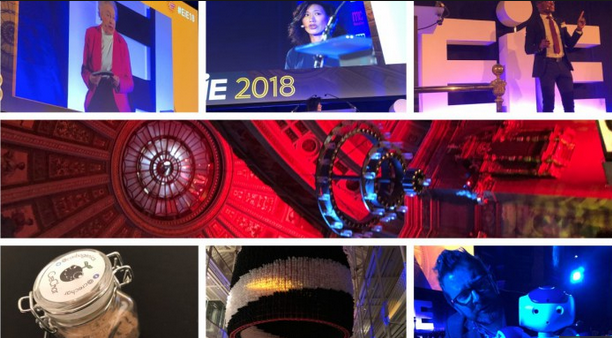 Scotland has been hailed a “startup powerhouse” at the 2018 Engage, Invest Exploit (EIE) showcase in Edinburgh.

According to the second annual Scottish Startup Survey, launched at EIE, respondents rated the start-up scene north of the Border as growing in confidence, with companies recognising that they are pitching in an increasingly competitive market.

Introducing the findings, Dr Steve Ewing, director of operations at Informatics Ventures, said: “The survey tells us that Scotland is a great place to start a business but that we could be doing more and doing it faster. Access to finance and getting the right people on board remain issues for our most promising early stage tech startups.”

It’s an opinion shared by Susanne Mitschke, CEO and cofounder of MindMate, a free mobile health app used by more than half a million people who suffer from Alzheimer’s disease.

“Scotland is becoming a startup powerhouse and, as a nation, is a fantastic example of how government can support entrepreneurship,” she said.

The Scottish hotel market has outperformed the UK, due to an influx of overseas visitors combined with the rise of Britain as a ‘staycation nation’.

BDO’s Hotel Britain report, which analyses the room yield of UK hotels, reveals the sector experienced another year of growth last year despite the global uncertainty which has impacted other sectors.

Scotland posted the strongest performance in the UK, with room yield growth up by 4.9% compared to Wales (4.1%), Northern Ireland (2.2%) and England (1.9%)  according to BDO’s Hotel Britain report..

Edinburgh was the top performing city outside of London benefiting from strong leisure and corporate demand with the highest occupancy of any UK city at 85%, an increase of 1.8% on the previous year.  The occupancy rate for Glasgow increased slightly by 0.1% to 83.2%.

More than 95% of Scotland’s homes and businesses are now able to connect to fibre broadband.

The roll-out has been delivered through the Digital Scotland Superfast Broadband (DSSB) project, with a contribution of £280m from across the public sector in Scotland.

Without the DSSB programme, said the Government in a statement, it is estimated that only 66% of Scotland would be able to receive fibre broadband.

“Fast and reliable internet is fundamental for the future economic and social success of communities right across Scotland,” said Connectivity Secretary Fergus Ewing.

“This is a landmark for the programme, which has connected around 890,000 premises to fibre broadband, and is ensuring Scotland can offer world-class digital infrastructure.

A new investment venture with a community mission hopes to raise up to £5 million to help early stage businesses and social enterprises.

The plan is to provide debt and equity to entrepreneurs, particularly those startups that might struggle to access investment from existing sources.

The number of Scottish businesses failing in the first three months of 2018 has increased compared to the same period last year, but the long-term trend suggests the business landscape remains stable.

In the first quarter of this year, the total number of business insolvency appointments increased by 38% (233 up from 169), compared to the same three months in 2017 (Jan to March), according to professional services firm, KPMG.

A 12-month comparison, however, sees total insolvencies fall by 5% (897 down from 942), representing relatively normal levels.

Blair Nimmo, global head of restructuring for KPMG, said:”Overall in Scotland, I sense that most businesses are adopting a fairly cautious strategy in light of political and economic uncertainty.”

A global oil and gas services company has announced a 20-year commitment to the North East of Scotland with the investment in a multimillion-dollar, purpose-built global HQ, manufacturing and engineering centre.

The new facility houses the global research and development centre for wireline, manufactures winches, masts, pressure control equipment and tubulars, and provides after sales support and servicing for wireline and Anson products.

More than 300 employees are based at the Kintore site, which has combined the business’s Dyce, Westhill and Netherlands facilities. The move has seen an increase in headcount by more than 65 to service new multimillion-pound contract wins in the Middle East.