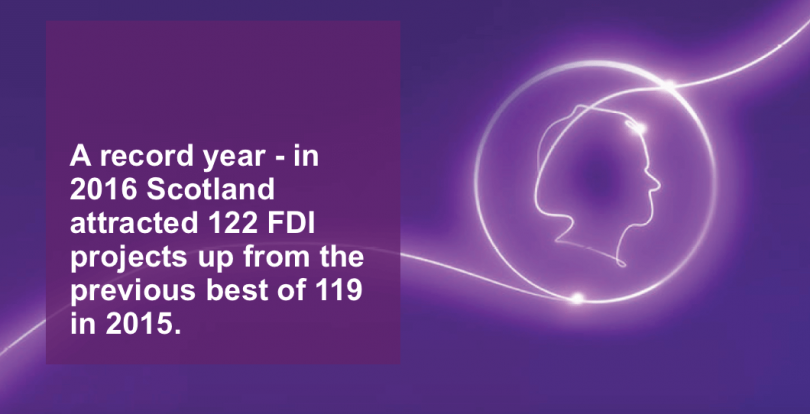 Scotland enjoyed a record-breaking year for foreign direct investment (FDI) in 2016, and retained its position as the top location in the UK outside London with FDI increasing by 2.5% on 2015.

According to the latest annual survey on the attractiveness of locations to international business published by Ernst & Young, Scotland now takes more than 1 in 50 of all investment projects in Europe; “a clear indication that Scotland is now firmly established as a location of choice for global investors”, said Scottish Development International in a statement.

As well as highlighting the record level of projects won by Scotland, the 2017 EY Scotland Attractiveness Survey shows that 2016 in Scotland was also a strong year for attracting research and development inward investment; with 21 individual projects, Scotland has retained its position as number one in the UK for R&D projects. 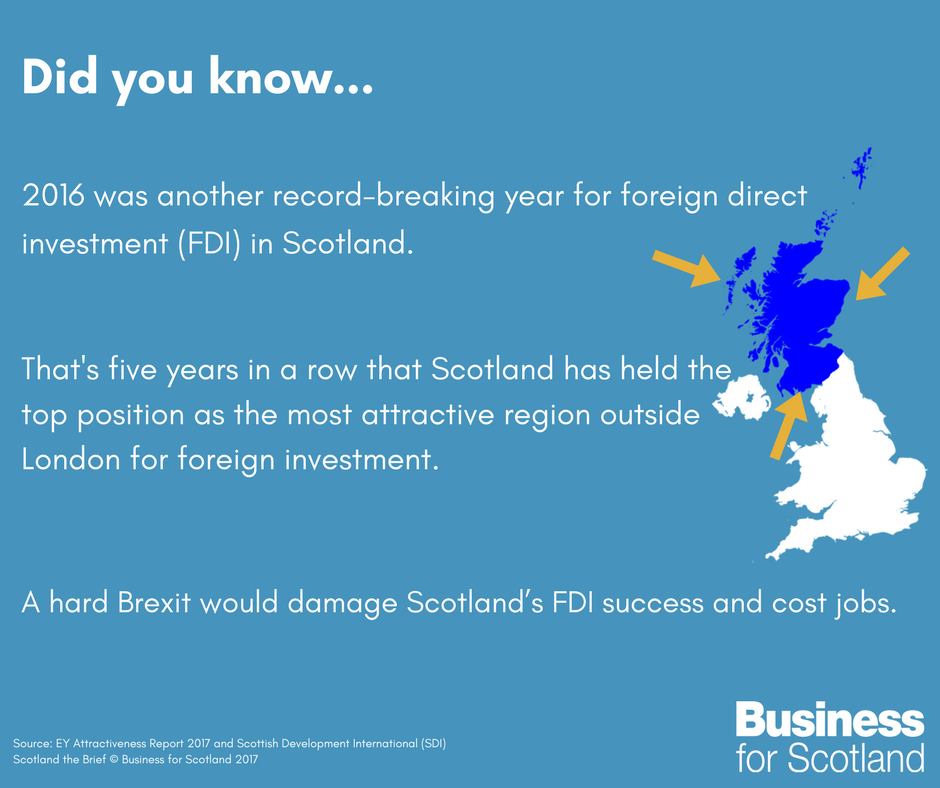 “The research suggests that the EU Referendum vote and its aftermath may be having an influence on global perceptions of the UK’s medium to long-term attractiveness. Western European investors are twice as negative as Asian and North American investors.

“Decisions on the majority of investments made in 2016 would have been made up to three years ago, which helps to explain the UK’s solid performance last year, but signs of a slowdown are on the horizon.”

A YouGov report released yesterday (23rd May) revealed that Scottish SMEs are failing to full grasp the significant opportunity for exporting, with only 1 in 4 polled current selling products and services outside of the UK.

For the Scottish SMEs that do export, they primarily focus on the EU, with the US coming in second, other European countries outside the EU coming third, and Canada fourth.

Commenting on the findings, Emma Jones MBE, Founder of Enterprise Nation said: “Scotland is a great place to run a business with strong heritage and a skilled workforce. However it’s clear from these findings that there is still some nervousness from SMEs in the country about selling globally, despite the huge opportunity it brings.

“With the uncertainty of Brexit and the resulting uncertain UK economic landscape, it’s really important to spread your risk and broaden your customer base.”

Less than three years ago, the award winning developer Springfield Properties pledged to have 10% of its workforce in training. This target has been exceeded as the business grows and recruits apprentices through its Springboard programme, and existing staff are encouraged to undertake further development.

23% of the 477 staff with house builder Springfield Properties are now engaged with training or education.

Oil and gas industry leaders said the start of production from the development provides a welcome reminder the North Sea has a future following three years of gloomy headlines about the cut backs triggered by the crude price plunge.

The oil and gas giant BP has started pumping crude from the Quad 204 scheme 110 miles off Shetland following a multi-billion project which has been years in the making.

Deirdre Michie, chief executive of Oil & Gas UK, said: “This is excellent news and another positive endorsement of the potential the UK Continental Shelf still offers with the right investment.”

She added: “As well as being a welcome boost for the hard pressed supply chain, the announcement … proves that our faith in the long term health of the basin is well founded.”

The head of BP’s North Sea business, Mark Thomas said: “In safely delivering first oil from the Quad 204 project, we have succeeded in one of the largest ever UK mid-life offshore redevelopments.”

He added: “BP has developed a strong track record of finding, developing and operating big offshore oil resources west of Shetland – we have and will continue to use the latest technology to maximise recovery from the Schiehallion Area.”

Book your tickets for the Business for Scotland Annual Dinner 2017 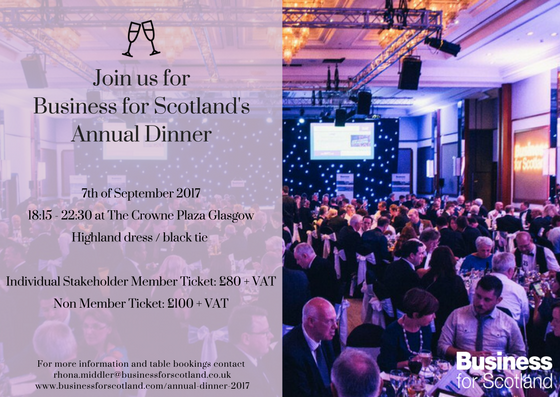