The floating wind farm, to be located at the Buchan Deep, 15 miles offshore from Peterhead, is one step closer to becoming reality following the Crown Estate granting a lease to Statoil that will enable construction to begin.

The Hywind Scotland project consists of five 6-MW turbines which will be deployed in deeper water than any previous offshore wind turbines around the coast of Britain.

Rather than using fixed foundations on, or in, the seabed to support the wind turbines, the Hywind project consists of a floating steel tube filled with ballast, which is fastened to the seabed. The project builds on the success of the first phase that involved the construction and operation of the world’s first full-scale floating wind turbine off Norway in 2009.

Glasgow Airport recorded its busiest April on record after almost 722,000 passengers travelled through its doors during the month, representing an increase of 8.5% on the same period last year.

The airport, which is celebrating its 50th anniversary, has enjoyed its busiest ever start to a year and its success in strengthening its European connectivity saw demand for EU scheduled destinations increase by 21%. Over the course of the past 18 months the airport has added services to some of Europe’s major cities including Prague, Budapest, Milan and Bucharest.

International and domestic traffic grew by 11.6% and 5.6% respectively with British Airways, easyJet and Ryanair all reporting an increase in demand for their London services. Other carriers such as Air France, Germanwings, Blue Air and Jet2 also enjoyed strong demand for services during April. 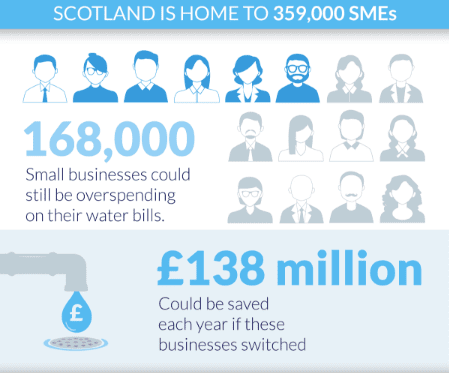 Recent research by Clear Business Water has found that 47% of Scottish SMEs unaware they can choose from a variety of water suppliers. Despite Scotland being the first country in the world to offer non-household customers such a choice, and being home to 359 thousand SMEs, it has certainly provided Scottish SMEs with a welcome financial boost during a difficult economic period.

Clear Business Water’s research, however, indicates that despite the opportunity to save money, even after 8 years, 168 thousand SMEs are yet to switch, causing an estimated £138 million in savings to be missed out on each year.

Significant investment has been witnessed in Scotland in order to awareness among SMEs, not just by the regulatory bodies but also by licensed suppliers, although it does appear that more work may be required in order to ensure the entire market is informed of the options available to them.

The Scottish water market has proved testament of the end benefits to consumers of an open market, and with the English market due to open next year, an additional 5.4 million SMEs could benefit from the same positives the Scottish market witnessed, providing a bigger boost to the UK economy as a whole. 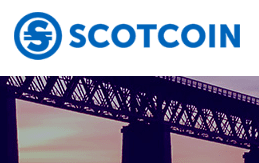 Scotcoin – a Crypto-Currency for Scotland

Started in 2013, Scotcoin has grown so that now, when there are more than 600 crypto-currencies world-wide, it ranks in the top thirty by value.

Scotcoin sits on the blockchain that carries Bitcoin. As such it is on the most trusted blockchain and by association with Bitcoin the most secure. The blockchain is the enabling technology, whilst Bitcoin and Scotcoin sit on it securely and safely. Transfers of value are handled almost instantly without intermediaries and at a fraction of the costs of banks or other financial intermediaries.

Scotcoin are keen to offer young start-up entrepreneurs the chance to use and operate with Scotcoin. As a result, suitable businesses with be offered a loan of 1 million Scotcoin to enable them to get it off the ground and are lining up individuals and businesses who will take Scotcoin to help with this. Some of these will include hot desks with computers and hosting, virtual assistants, web design and business mentoring to name but a few.

Scotcoin offers an API for you that means you can take Scotcoin on your website, and the team will help you integrate this into your web offering.

Fergus Ewing, Scottish Energy Minister, has called on the Tory UK government to ‘change course’ over its renewable policies have result in the UK crashing out of the World Top 10 list of most investor-attractive nations for investment in renewables.

The EY Renewable Energy Country Attractiveness Index showed that the UK has slumped four places in the rankings – from 8th in June 2015 index to 13th in the latest report.

Ewing said: “The Scottish Government has exceeded its target for 50 per cent of Scottish electricity consumption to come from renewables by 2015 and last month wind turbines generated enough to supply, on average, the electrical needs of 79% of Scottish households.

“This is a stark warning to the Tory government – they must change course on renewable energy policy or they run the very real risk of jeopardising UK energy security.

“The UK Government’s wrong-headed ideological attack on renewable energy threatens to undermine the good work being done in Scotland to grow renewable generation – they must change course and give the renewables industry the support it requires to flourish.” 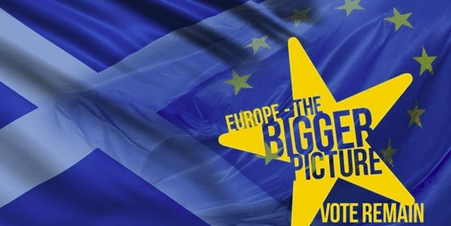 The EU Referendum: Why Vote? Your EU Questions Answered

Join the European Movement in Scotland and a panel of experts, including founder and chief executive of Business for Scotland Gordon MacIntyre-Kemp, answering your questions on the EU Referendum.