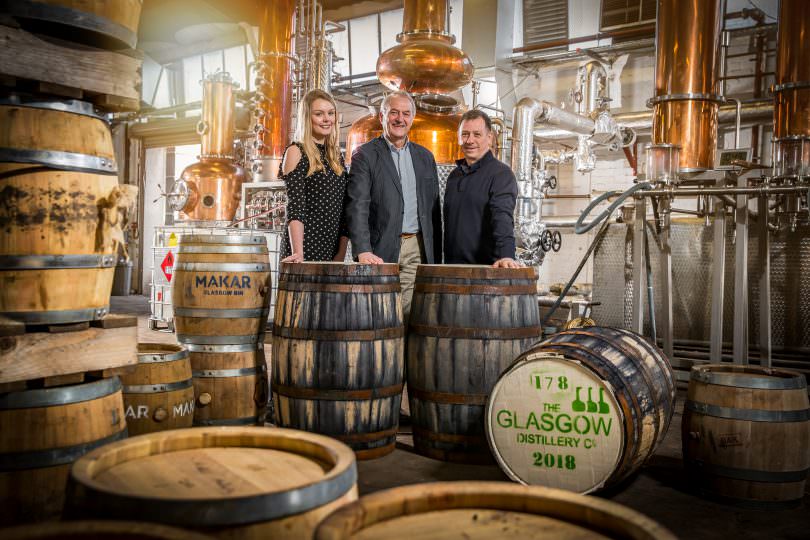 Written by Michelle Rodger
The Scottish Craft Distillers Association (SCDA) and Scotland Food & Drink have joined forces to form a new alliance signifying the growth potential of the Scottish distilling sector, and reflecting a commitment to protect the authenticity of Scottish craft spirits.
Established in 2014, the Scottish Craft Distillers Association works to support its members across the broadest spectrum from collaborative promotion of products to sharing innovative production solutions.
It is the free accreditation scheme it offers its members which truly sets it apart from other organisations.  This comes at a time when issues of authenticity and provenance are firmly in the spotlight and discerning drinkers are seeking firm assurances before buying products.
The value of SCDA membership and accreditation comes into its own on these matters. There is a strict set of criteria which a business must meet to be part of the association and to receive the SCDA accreditation; distillers must own and operate a still as well as manufacture and bottle in Scotland.
These stringent rules are in place to protect Scottish craft distillers from those who use Scotland’s provenance and heritage to sell their products but, in reality, are manufacturing elsewhere.
Liam Hughes, Deputy Chair and Owner of Glasgow Distillery Co, said: “This is an exciting new phase for the Scottish Craft Distillers Association, the sector is booming and consumer interest is at an all-time high. We have worked hard over the last four years to build the sector and this alliance will allow us to step up our activities.
“Our members are at the heart of the association and if you are a Scottish distiller who wants to be recognised as having a truly authentic Scottish craft spirit, I implore to join the association and apply for accreditation.”
Scottish business leaders have expressed concern about the UK government hardening its line on the customs union and insisting that Britain will definitely leave.
BfS Directors Tom Barrie and Niall McLean were quoted in the Sunday Herald article.

Tom Barrie, owner of Currie Solutions, an international haulage firm based in Dumfries, said: “The Government’s decision to rule out a customs union is baffling, indeed, it’s a huge own goal.

“Not only will the exit from the customs union add unnecessary complication to new trade that doesn’t exist today, it will without doubt put a financial burden on every citizen in the whole country.”

Niall McLean, director Geo-Rope Ltd, a Highlands-based civil engineering service company, said: “From a business perspective, we rely on European parts and components for our machinery. Right now we are easily able to purchase items from Germany and have them delivered the next day. Any additional hindrance on that ability will harm the business.

“The added cost for extra administration means everybody is going to be paying more – the whole of society, I might add, not just businesses.”

Scotland will officially join the space race later this year with the launch of a small satellite from a location probably in the north of the country.

The National newspaper reported that Edinburgh-based developers Skyrora are planning a suborbital test flight sometime in the last three months of 2018.

Skyrora has already looked at Shetland as a small satellite launch location where the Saxa Vord site of the Shetland Space Centre is bidding for a licence from the UK Space Agency – all matters to do with space are reserved to Westminster.

With its partners in Ukraine, Skyrora aims to grab a share of the growing market for small satellites with their launcher rocket that is similar to the home-grown technology that powered the Black Arrow project in the late 1960s and early 1970s.

Researchers and industry experts have come together to support fledgling technology companies.

The Science and Technology Facilities Council’s (STFC) flagship new Scottish business innovation centre – which will bring together the best of academia and industry – is now welcoming applications from start-up companies.

The new Higgs Centre for Innovation at the Royal Observatory in Edinburgh will host a Business Incubation Centre providing a comprehensive offering to support 12 technology start-ups for two years each.

Modern facilities at the new centre include a suite of dedicated micro- and nano-satellite test equipment in purpose-built cleanrooms, as well as big-data visualisation capabilities – available to SMEs as well as resident start-ups.

Successful applicants will gain valuable access to technical expertise from across STFC, Edinburgh University and partners network; state-of-the-art laboratory, cleanroom and product testing facilities; business support and training; and a grant of over £40,000 towards product development.

Scotch whisky and salmon exports continue to grow at record levels, new figures for 2017 have shown.

The figures also show that Europe continues to be the top export market for salmon and Scotch whisky in terms of both value and volume.