Business for Scotland has been selected as the top business and financial blog in the UK.

Our blog topped the rankings ahead of stiff competition from nine others, including the UK’s so-called “Money Expert” Martin Lewis and David Smith, economics editor of the Sunday Times.

Vuelio said: “Business for Scotland is a business community and business policy think tank for Scottish businesses. Aiming to ‘educate, inform, engage and persuade’, the site was formed by Gordon Macintyre-Kemp in May 2011 and has been at the heart of the Scottish political debate over the last 12 months. Will it still be a “UK blog” in 2016?”

The Vuelio Social Media Index ranks the most influential blogs across a variety of topics and interests.

The index uses a proprietary algorithm to rank all the media in their database. For the rankings, they put (usually) the ten most influential blogs in order, after the automated results have been carefully reviewed by a team of in-house researchers. The methodology takes into consideration a number of factors including social sharing, topic-related content, post frequency, social media influence, traffic, design and interactivity.

Julie Hermans, Media Researcher for Vuelio said: “These rankings provide great opportunities for increased traffic and puts you on the map as a leading influencer in your blogger network!”

Edinburgh and Glasgow airports recorded a strong growth in passenger numbers for October.

Glasgow Airport has reported its busiest October in eight years after 836,798 passengers travelled through its doors, representing an annual increase of 14%.

In the capital, Edinburgh Airport saw 1,004,439 passengers pass through its doors – meaning a sixth consecutive month with over one million passengers.

Last month, Glasgow Airport was also crowned UK Airport of the Year at the National Transport Awards in London, and aviation trade body, ACI Europe, categorised it as one of the fastest growing airports in Europe during the third quarter of 2015.

Amanda McMillan, managing director of Glasgow Airport said: “It’s been another fantastic month for the airport in terms of passenger growth and route development, but being crowned UK Airport of the Year was the real highlight.

“We have now enjoyed 11 consecutive months of double digit growth and have added an additional one million passengers since October 2014 which is a huge milestone.

“The fact that ACI Europe has once again categorised us as one of the fastest growing airports in Europe is also extremely pleasing.”

Business Quarter has the full story.

The Scottish private sector economy returned to growth in October with a steadying of new business levels and a rise in employment.

The Bank of Scotland monthly PMI survey found the service sector dragging the economy back into positive territory after the relative slump in September.

The PMI index, which measures the change in the combined service and manufacturing sectors, jumped back above the 50 reading which indicates growth.

For Professor MacRae it was a brighter final survey ahead of his retirement from the bank after 30 years at the end of this month. He added: “These results confirm the summer slowdown in the Scottish economy has been arrested giving slow growth rather than no growth going into the third quarter of the year.”

Workforce numbers rose, extending the current sequence of growth to three months. However, the rate of job creation eased since September and was marginal overall. Rising employment was driven by service providers, who linked increases in headcounts to stronger demand.

Leading high street retailers are calling for reform of business rates, warning that jobs could be at risk unless there is a fundamental change.

John Lewis, M&S, Boots and Greggs were among more than 40 firms and business groups to call for an overhaul.

In an open letter in The Herald newspaper, they said the current system was “no longer fit for purpose”.

They urged Scotland’s political parties to commit to reforming business rates ahead of the 2016 Holyrood election.

The open letter was signed by a cross-section of industries, including representatives from retailing, manufacturing, engineering, tourism and leisure and publishing.

It stated: “There is a strong and growing consensus across business and industry in Scotland that the current business rates system is out of date, no longer fit for purpose and in need of fundamental reform.

“The system is a tax on jobs and growth, undermining investment in property and acts as a drag on the Scottish economy.

“We want Scotland to be – and to be perceived to be – the best place within the UK in which to do business, however an unreformed system of business rates is entirely at odds with this aspiration.

“A modern, sustainable and transparent system would unleash investment that could bring skilled and entry-level jobs through new and expanded businesses.

“Those who seek a competitive tax regime as a draw for investment and jobs should apply that logic to business rates.”

“There is no greater pressing issue for the industry than the prohibitive burden of business rates.

“In the retail industry alone, 3,500 jobs have been lost over the past year with the risk of losing more unless this tax on jobs and investment is reformed to support business growth and employment.

“As the parties finalise their manifestos for the 2016 election, now is the time to commit to take action to support businesses and unleash investment in Scotland.”

You can read the full story on the BBC website.

The future looks bright for Scotch whisky producers after exports in the first half of the year totalled £1.7bn.

The latest report by the Scotch Whisky Association showed positive signs in several key markets despite continuing economic headwinds, political uncertainty in some parts of the world, and the impact of a stronger pound sterling in many areas.

Looking ahead, there are signs of further improvement, with the 3% decline in the value of Scotch Whisky exports in first six months of 2015 being smaller than the fall of 11% between the first half of 2013 and 2014.

David Frost, Scotch Whisky Association chief executive, said: “We’re starting to see some strong signals for growth and we continue to believe the long-term prospects for Scotch Whisky remain good. This is reflected in the large number of new distilleries opening, with half a dozen starting production in the last year or so.

“The growth of Single Malt exports shows that premium products are ever more popular. We had a decade of record growth, there was then a decline in exports in recent years largely because of the slowdown in the emerging markets, but signs of improvement are on the horizon.

“We will continue to push for more open access to markets by pressing for the removal of barriers such as high tariffs and unfair levels of taxation. Scotch needs a level playing field, in the UK and overseas, to continue to be a Scottish and British success story.”

More on this, including statistics and highlights, in Business Quarter. 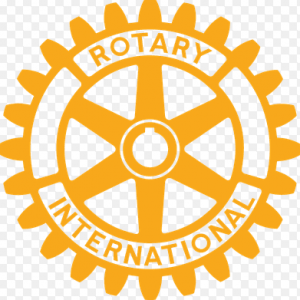 The Rotary Club of Motherwell and Wishaw has invited Business for Scotland members to their December meeting, where Deputy First Minister John Swinney will be speaking.

The Club’s John Robson issued the invitation, and said: “Rotary is an international business organisation whose purpose is to bring together business and professional leaders in order to provide humanitarian services, encourage high ethical standards in all vocations, and to advance goodwill and peace around the world. Rotarians usually gather weekly for dinner to fulfill their first guiding principle to develop friendships

The meeting will be held on December 3 2015 in the Bentley Hotel, 19 High Road, Motherwell ML1 3HU for 6.15pm. Tickets are priced at £11 and include a two course meal. This will be payable by cash at the door.

If you would like to attend please contact John Robson (M) 07850015650 or email:- [email protected] to reserve tickets, which are limited.