“We’ve got a great opportunity in Scotland to really play in this market,” said Derrick Hastie, deputy global head of business systems at Aberdeen Asset Management and a member of the FinTech Strategy Group. “We’ve got cracking universities, we’ve got good professional services businesses, a strong industry base and accelerators like CodeBase (the UK’s biggest technology incubator), as well business angels and venture capitalists. So we have all the right components – it’s just about how we help that community grow.”

The FinTech Strategy Group is chaired by Royal Bank of Scotland’s head of design, Louise Smith, and aims to identify new fintech opportunities, map out employment needs and draw up a five-year strategy for success. 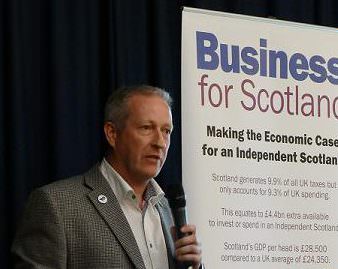 A broad consensus is emerging with other lobbyists calling for a more positive approach to helping firms that create the most jobs and can play a major part in stimulating productivity.

Business for Scotland has urged the SNP government to appoint a dedicated Minister for SMEs for a renewed focus on small firms to tackle issues such as late payments and rebalance the business playing field away from big company dominance.

“Scotland needs a fully inclusive SME growth strategy, aimed at creating an economic advantage through the businesses that are the foundation stones of prosperity in Scottish communities.

“The new SNP government could appoint a Minister for SME growth…or create a devolved Small Business Commissioner’s office for Scotland but with a wider remit than the the UK Commission, so the scope of the role could be far greater in terms of support for SMEs and coordinating business support via the various agencies and partnering with private sector incubation service.

“In the same way Denmark is widely credited with pioneering the offshore wind industry – and reaping the benefits – Britain has the opportunity to own tidal power from a manufacturing, IP, supply chain and know-how perspective. We cannot allow this opportunity to be wasted.”

That was the crystal-clear challenge – and warning – to the Scottish renewable sector and the Holyrood and Westminster governments by Tim Cornelius, Chief Executive of tidal-energy colossus Atlantis Resources speaking at a renewable energy event in Glasgow.

The tidal power industry can re-purpose jobs lost from the oil & gas sector, make use of fabrication yards across the UK that have been hardest hit by the hydrocarbon downturn and create high value jobs in regions that need them most, said Cornelius.

Cornelius went on to say, “Simultaneously, the tidal industry is building on our rich offshore heritage in Scotland by using the skills, knowledge and equipment from the fossil fuel industry and repurposing it for the new low carbon era.”

The ezPyro sensor from Pyreos has a built-in processor that could be incorporated into smart watches, fitness trackers and other items. Smaller than a 5p coin, it can be used to detect flames and the presence of gases, as well as analysing how concentrated they are.

“Our new ezPyro sensor has the potential to be a real game-changer for the company by opening up a whole new set of markets for us.

“The wearable technology sector is expected to be worth $25 billion (£18bn) by 2019, according to figures from industry analysis firm CCS Insight, with more than 245 million devices expected to be in use before the end of the decade…As well as the consumer applications, ezPyro will also be a useful tool in the industrial market.

“Detecting poisonous gases such as carbon monoxide and methane can help to improve safety and save lives, while measuring carbon dioxide and nitrogen oxides plays an important role in keeping our environment clean.”

More in The National. 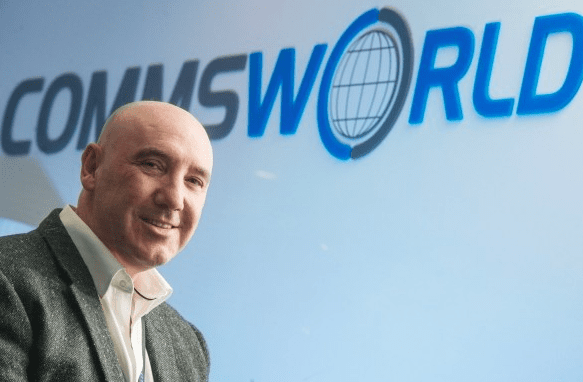 Paying the living wage is nothing new for telecoms firm Commsworld

Successful home-grown telecoms network company Commsworld was blazing the trail with a living wage for its workers decades before the Scottish Living Wage Accreditation scheme was launched.

The employee-owned SME has a staff of 63 based in offices in Aberdeen, Edinburgh and Glasgow. An annual turnover of £13 million is set to rise to £30m over the next few years thanks to the securing of major contracts.

Chief executive and the largest shareholder, Ricky Nicol founded the firm in 1994 and says: “Commsworld has paid a living wage for more than 20 years, not because of government policy. People feeling involved and valued is incredibly important to us and this goes a long way to building morale and demonstrating key company values.

“For any business to profit from low pay – underpaying staff and by definition treating them with contempt – is, in my opinion, wrong and not a business to be proud of….Don’t get me wrong, successful business has to build value and create wealth in order to successfully grow our economy and therefore our country.

“As an entrepreneur I am all for building value, but not at the cost of people. Scotland needs to be a wealthy country that has the financial ability to also be a caring society and deliver high-quality public services such as the NHS.

“We need to build successful businesses, particularly in the SME sector which accounts for more than 98 per cent of Scottish companies, in order to fund our wider public-sector services.”

WITH only 49 days to go until the referendum, a new survey shows that 68 per cent of Scottish business people say they will vote for Britain to remain in the European Union.

The final poll to be carried out for Scottish Chambers of Commerce (SCC) before the June 23 referendum showed a slight narrowing of voting intentions among those surveyed.

Data on voting intentions also showed some divisions based on firms’ size and export interests. Those trading with both EU and non-EU markets expressed the strongest support for staying in.

SCC chief executive Liz Cameron said: “With the Scottish election now over and less than 50 days to go until the electorate decides the UK’s status within the European Union, both campaigns are ramping up their visibility and messaging to secure the ‘business vote’.

“From a Scottish perspective, of those surveyed, a high number of businesses (68.3 per cent) support the option to remain within the European Union.

A major public debate will take place in Edinburgh between the Remain and Leave camps in a debate on the EU referendum on Thursday 12th May.

Lord ‘Ming’ Campbell from the European Movement in Scotland, campaigning for the UK to remain in the EU, will debate with Tom Harris, Director, Scottish Vote Leave.

The event will be chaired by Richard Kerley from the Centre for Scottish Public Policy and there will also be an expert panel of speakers, including: Hans-Hartwig Blomeier (Head of Konrad-Adenauer-Stiftung’s Great Britain Office), Prof Laura Cram (Professor of European Politics at the University of Edinburgh), Antony Salmone (EUEUS, PhD Candidate in Politics).

European Movement in Scotland and the Edinburgh University European Union Society (EUEUS) are hosting this event which will take place from 6.30pm to 8pm on 12th May at the Teviot Lecture Theatre, Medical School, Teviot – Doorway 5 Teviot Place, Edinburgh, EH8 9AG.

This free event is open to all, tickets can be obtained by emailing: [email protected]