“We will invest in people we can work with personally, advising and supporting them in bringing their plans to fruition,” she said.

The Macklin Enterprise Partnerships (MEP) initiative will build two portfolios of investments in entrepreneurial businesses, making an initial £5m available for investment by the funds.

A third fund, with separate access to third party funding for the restructuring of businesses, has also been established.

Marie said: “My aim is to inspire and support creative people with the ideas, drive and resilience to create and grow successful businesses.

“Funding will be open to ambitious, highly-motivated people launching or developing new-start businesses

“Whilst robust business plans will be the starting point, the inspiration, passion and commitment of the people behind the plans will be fundamental in funding decisions.”

Macklin Enterprise Partnerships will manage funds provided personally by Marie and by private investors willing to encourage entrepreneurs and to take a long-term view of investment. MEP will take direct stakes in selected businesses or invest through special-purpose funds.

More on this in Business Quarter. 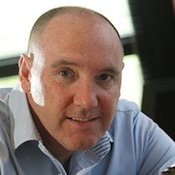 Commsworld has announced a milestone contract worth £12m with CGI to be a key provider in the City of Edinburgh Council new ICT contract.

Ricky Nicol, Chief Executive of the Edinburgh based firm, believes the reach and benefits of this network will have a significant impact for the capital as a whole with council buildings achieving far faster internet speeds resulting in increased efficiency and access to a wider range of digital resources.

The firm, Scotland’s largest independent telecommunications and digital services provider, will be working directly with CGI as its preferred network provider to deliver a 400 site Wide Area Network (WAN) for the Council delivering faster and more reliable connectivity for schools, libraries and other council buildings.

Commsworld will also rollout an IP Telephony solution for 7000 users and a 250 seat Contact Centre. These key aspects of the ICT contract will deliver significant benefits to the end users, while also creating a number of new jobs in the Scottish IT market.

The WAN will utilise Edinburgh CORE – the “pure fibre” network Commsworld launched in May with infrastructure provider, CityFibre.

Ricky Nicol said: “We’re delighted to be preferred network provider working with CGI to deliver the 400 site WAN for the City of Edinburgh Council.

“This is of course fantastic for Commsworld from a commercial perspective, but more importantly it will have a hugely positive impact on Edinburgh with some schools able to boast up to 100 times greater bandwidth than before – this basically means far faster internet and far greater capacity for all pupils and staff.

“This would not be possible without CityFibre’s investment in the fibre infrastructure that will allow Edinburgh to become one of the best connected cities in the world. Since we launched the Edinburgh CORE network together in May we have seen huge demand from businesses across all sectors and it is now set to be the biggest gigabit city project in the UK.”

The landmark contract will result in the Edinburgh CORE being extended from 50km to 150km to include the council sites.

Adelp Financial Solutions is a small family run Independent Financial Advice business based in Lanark with an amazing growth story.

Just two years into trading and the business has grown to have £14.53m funds under management, more than exceeding the target set when the business was launched.

Co-founder Michael McLintock DipCII says he is “gobsmacked” by the success they have achieved.

“It really is beyond our wildest dreams and makes the risk we took when walking away from reasonably well paid jobs to set up our business well worthwhile.

“One of the areas we are particularly delighted with is that we have smashed our original business plan of having £10m of funds under management in 5 years. From a standing start of nothing we have managed to grow this part of our business to £14.53 million in the first two years.

He wants to encourage others to bite the bullet and set up their own business.

“Anyone like us who has dreamed of setting up a business and worried for years about how they could make it work should just get out there and do it. There have been a few tears and snottters along the way, especially at the start when there is so much to learn and you think you just can’t go on, but in other ways it’s been amazingly simple.

“Our success is really about our commitment to providing clear, consistent, long term quality advice, in a world of smoke and mirrors. The larger Financial Advice business just can’t match our personal service.”

Durrant, CEO of the East Lothian-based company, said: “Juggling Swords is growing quickly and we want to be the best at what we do so it was really important for us that we hire people who are passionate about digital marketing.

“We were pleasantly surprised at just how knowledgeable the candidates that we interviewed were on the subject, but Holly was the shining star in the interviews. With the experience she’ll get at Juggling Swords and the qualification, we’re confident that Holly will be a fantastic addition to our company.

“For Scottish startups like us, and also small businesses, modern apprenticeships are a great option.

“They allow you to take on young people who are driven and eager to progress their careers and it allows them to get the vital practical experience and formal training they need but at the same time, earn a wage.”

Eighteen-year-old Holly was originally planning on starting university this year but changed her mind after finding out about the digital marketing apprenticeship.

As well as the practical experience gained from working with Juggling Swords, Holly will also undertake a formal digital marketing qualification.

She said: “I always had my mind set on going to university but instead I chose to go for a modern apprenticeship and it’s been the best decision I could have made. I am now going to be working for a fantastic, fun company, getting a qualification in digital marketing whilst also getting paid.

“What more could you ask for?”

John Durrant was named as one of the top 20 Scottish entrepreneurs under 30 last year and the company is planning on competing for £100,000 of funding from Scottish Edge later this month.

Published this week, the census shows that Scotland is leading the world in nurturing social enterprise and in recognising the sector as a fairer and more inclusive way of doing business.

Some 60% of social enterprises have a woman as their most senior employee, according to the census.

The research was commissioned by a range of public and social enterprise organisations and was carried out by Social Value Lab.

“Social enterprise is a business model that helps tackle social issues, promote equality and achieve sustainable economic growth. These are the reasons that we attach so much importance to social enterprise and are working with social entrepreneurs to strengthen leadership, innovation and the business dimension of their enterprises.

“Working together in this way will help achieve our shared ambition to grow the social enterprise community year on year.”

More on this in The National.

A Scottish angel investing group has led 80 firms to achieve more than £1.31billion of turnover since its creation.

A new report into the impact of Archangel Investors has revealed that since forming in 1992, the group has invested more than £90million in a range of companies, leveraging £27million of co-investment from Scottish Enterprise in the process.

The study by the Hunter Centre for Entrepreneurship at the University of Strathclyde Business School found that this level of turnover is more than 14 times every £1 that was invested.

It also discovered that the firms in which Archangels has invested have created nearly 3,000 high-value, specialised jobs since 1992.

The group was established by entrepreneurs Mike Rutterford and Barry Sealey following their first investment, in what was to become Optus plc after its floatation in 2006. It was acquired by Nikon earlier this year for £259million.

“This report demonstrates what an outstanding success Archangels is, and how instrumental its investment has been in supporting sustainable Scottish businesses, creating high value jobs and contributing to the economy.

“I want to see an increase in the scale of business angel activity in Scotland, and through the tremendous work of Archangels and its partners and the increased support and funding for SMEs in our Programme for Government, I am confident we can meet that aim.”

Eric Young, chairman of Archangels, said: “The conclusions of this study provide a fascinating insight into the contribution Archangels has made to the Scottish economy over the last 23 years. They represent something of which everyone involved in Archangels, past and present, should be proud.”