The Scottish Greens are behind plans drawn up under the banner of Green Yes2 to launch a second campaign for independence this autumn.

Leaflets, posters and social media graphics are to be deployed which focus on the democratic deficit existing in the UK and the lack of stability Britain faces following the Brexit vote.

A senior insider commented: “We want to highlight that in 2014 the No campaign continually insisted it was acting for the stability and security of the UK. Well, staying in the UK is not the safe and stable option anymore.”

The campaign’s purpose is to prepare the groundwork in the battle to persuade more people to back independence in advance of a second referendum, which the First Minister has said is “highly likely” following the result of the EU ballot in which Scotland voted to stay in the bloc by 62 per cent to 38 per cent, while the UK as a whole voted to leave.

A separate “late summer” SNP independence push, delayed because of the shock Leave result, is also expected to be announced over the coming weeks, targeting pensioners, EU nationals and Remain voters.

The First Minister will today (10th August) bring forward a programme of infrastructure projects to help stimulate the economy in the wake of the EU referendum.

In her address today, the FM will say: “The UK Government has not yet taken a single meaningful step to alleviate that uncertainty, and so the Scottish Government is taking early action to boost confidence, stimulate economic activity and support jobs.

“The UK Government also needs to act urgently and create a UK-wide stimulus package, including enabling the Scottish Government to do more to accelerate capital spending.”

The FM yesterday (Tuesday 9th August) paid a surprise visit to Germany, where she met the deputy foreign minister and minister of state for Europe, Michael Roth, with a view to maintaining a dialogue with EU states.

Mr Roth said of the meeting: “This has been a very pleasant and constructive conversation between two dedicated pro-Europeans and has demonstrated once again that a degree of Europe’s strength lies in its diversity. I hope that the UK finds a way forward that will benefit Europe as a whole in the end.” 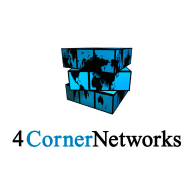 Its the belief of Edinburgh-based 4CornerNetworks that even small companies can improve staff retention, job satisfaction and productivity simply by community to paying all staff, regardless of their role in the company, the living wage.

Managing director Kevin Robertson said: “As responsible employers, it is our duty to ensure our staff are happy both in and outside of the workplace.

“Morale is lifted when employees feel valued and are adequately rewarded for their commitment to working with our company.

“At 4CornerNetworks we don’t just offer our staff what the law says is sufficient, we offer what we think they truly deserve – financial stability, peace of mind and job enrichment.”

Since it was launched in April 2014, more than 500 organisations in Scotland have signed up to the scheme to become accredited as official living wage employers.

Those in the scheme are pledged to pay staff at least £8.25 per hour.

Barra, the island community with the world’s only beach runway used for scheduled flights kicked off a month of 80th anniversary celebrations on Monday (8th August).

Eight decades of links to the mainland were celebrated with a time capsule burial beside Traigh Mhor beach runway.

The event was attended by Scottish Minister for Transport Humza Yousaf, as well as local dignitaries and managing director of Loganair, Jonathan Hinkles.

Yousaf will bury the time capsule containing whisky, an engraved quaich, messages from management and illustrations of Barra Airport’s future appearance, all to be opened in 2096.

Simon Farr will take up the role of chief executive officer of the Macdonald Aviemore Resort and managing director of the company’s Aberdeen and Inverness region.

It has been the focus of a major programme of investment to mark this year’s half centenary.

The multi-million pound project included a new indoor children’s play centre, a new clubhouse for the Spey Valley golf course and significant investment to lift the Macdonald Morlich and Macdonald Aviemore hotels from three to four-star status in 2015.

Macdonald Hotels & Resorts has expanded from its beginnings in Aberdeenshire 25 years ago to become the UK’s largest privately owned hotel group.

Operating over 40 hotels across the UK, Ireland, Spain and Portugal and ten resorts throughout the UK and Spain, the group employs over 4,000 staff and operates in excess of 4,500 hotel rooms.

More in The Courier.