The University of Glasgow has unveiled plans costing £1bn to transform the West End of Glasgow into a ‘museum quarter’ creating thousands of jobs.

The plans include creating a civic square which would link up the Kelvin Hall, the Kelvingrove Museum and stretch to the Hydro arena.

Glasgow University bosses say that their £1bn project to expand the campus over the next 10 years will put the whole city on the world map.

A consultation with members of the public and locals to the area will begin at the end of this month.

123% of Scotland’s electricity was generated by wind turbines last month.

Wind turbines generated enough output to supply 100% or more of Scottish homes on 22 out of the 31 days of January, according to data analysis provided by WWF Scotland.

Scotland’s total electricity consumption (i.e. including homes, business and industry) for January was 2,354,117MWh. Wind power therefore generated the equivalent of 48% of Scotland’s entire electricity needs for the month.

Lang Banks, Director of WWF Scotland comments on commitments to renewable energy that should be seen by each of the political parties as we approach the Holyrood elections.

Scotland could be a global data sciences hub

Docherty’s agency aims to create more than 250 tech jobs and boost the economy by £100 million.

Now it will bring industry and academia together with data scientists for Data Talent Scotland, a “collider event” designed to ensure the country does not miss the chance to lead the ongoing digital revolution.

Docherty says her event will allow representatives from all of Scotland’s existing postgraduate data science courses, plus four about to launch, to meet industry players.

Full story covered by the The National.

Eunice Olumide, Scottish supermodel and Business for Scotland member and host of our 2015 Annual Dinner, has landed a role in the new Star Wars film.

Olumide’s part is in Rogue One, a spin-off to the new Star Wars trilogy, about spies who capture plans to the Death Star. It is set before the start of the original films. Olumide will also find herself being immortalised as one of the sic-fi franchise’s action figures.

In addition to landing a role in Star Wars, the Scottish supermodel’s charity work with Climate Revolution and heading up Zero Waste Scotland’s new campaign has not gone unnoticed. Olumide is encouraging us to keep the things we use in circulation for longer in order to reduce our impact on the environment with Zero Waste Scotland’s Pass it on Week, running from 5th -13th March 2016.

Read more on this story.

The calls include a transformed supply chain to drive efficiency, innovation and internationalisation to ensure a long and vibrant future for the sector.

It has ben developed in response to the challenging operating environment caused by the low oil price, a changing commercial and regulatory environment and a maturing North Sea basin with international competition.

Supported by Scottish Enterprise and the Energy Jobs Taskforce, the ILG developed the strategy in consultation with trade bodies, operators, contractors, SMEs and other stakeholders. 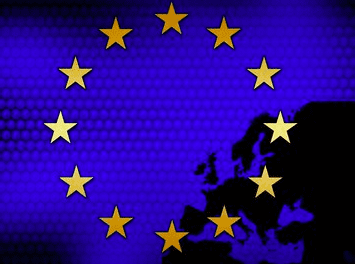 82% of those polled see European trading as important to their growth and 66% want more clarity on the UK’s future role in Europe.

The New Internationals study polled more than 1,000 owners of UK companies with between 10 and 150 employees. It showed that the perception of SMEs as local is outdated, with 88 per cent saying that international growth is increasingly important to small firms.