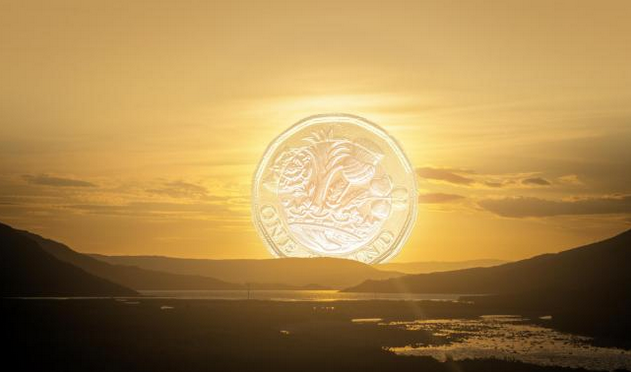 A majority of voters believe Scotland would be better off or have the same level of prosperity if it becomes independent, according to new research published today.

The report by Professor John Curtice for the National Centre for Social Research shows that 54 per cent of Scots think the country would be better off or remain the same, a rise of six per cent since the same question was asked by the survey team in February last year.

The findings provide a boost to the Yes cause and comes just weeks ahead of the expected publication by the First Minister of a long-awaited report on the SNP’s new economic thinking which she has said will be used to restate the case for independence. Expectation has been growing over recent weeks that she plans to hold a new vote on independence before Brexit in March next year.

Curtice’s report found people on both sides of the Border believed the UK economy would be in a worse state after Brexit, with 58 per cent of Scots thinking so, and 52 per cent of people in England and Wales sharing that belief – an increase from 46 per cent south of the Border since February.

Aberdeen has shot up from eighth to second in the UK in terms of its growth and job creation across the third quarter of 2017 to become one of the UK’s best performing city economies.

The UK Powerhouse study provides an estimate of GVA growth and job creation within 45 of the UK’s largest cities 12 months ahead of the Government’s official figures.

The latest report, produced by Irwin Mitchell and the Centre for Economics and Business Research (Cebr), revealed that Aberdeen is now second only to Cambridge in terms of GVA growth in Q3 2017 after recording a rate of 2% in the period. The position marked an improvement on the city’s eighth place ranking in Q2.

In comparison, Glasgow and Edinburgh recorded growth of 1.5% and 1.1% across the quarter respectively, with all three cities also experiencing moderate employment growth.

An innovative micro finance loan fund to support SMEs in Scotland has loaned £2m to more than 130 new and existing businesses across the country, creating more than 200 jobs in the last year.

The fund is managed and delivered by DSL Business Finance Ltd (DSL) with the support of the Scottish Government, Start-up Loans Company (SULCo) and European Regional Development Fund (ERDF)

A third of those who experience late payments said they are being kept waiting at least one month beyond their stated payment terms, while a quarter said this can extend to over 60 days beyond agreed terms.

Late payments have a significant impact on SMEs, with almost a third of SMEs impacted by late payments admitting they are forced to pay their suppliers late as a result.

SMEs are resorting to costly overdrafts (29%) and salary sacrifices at director level (19%) to make up for cash flow shortfalls due to late payments and ensure vital cash is kept within their businesses.

Complain to the Small Business Commissioner

A new survey into business confidence in Scotland has backed up Business for Scotland EU survey findings published last month.

The Business in Britain report found just 38 per cent of Scots companies are confident that the UK Government is working to safeguard industry in talks with Brussels.

The figure marks a drop from the 49 per cent recorded previously, while the number of enterprises expressing a lack of confidence has risen ten per cent to 35 per cent.

Around half said their business will be negatively affected if the UK leaves the bloc without a trade deal.

Auchrannie, the Isle of Arran-based resort, has completed its transition into employment ownership and is believed to be the first hotel or resort in Scotland to make such a move.

The Johnston family has transferred the ownership of the luxury hotel and leisure destination to Auchrannie’s 160 employees, nearly 30 years after Iain and Linda Johnston acquired the hotel in 1988, in a move designed to safeguard its future as an independent business.

The transfer has been made to retain the community-focused ethos of the resort established by Linda and Iain Johnston, who have played a key role in the promotion of tourism on the Isle of Arran. Mr Johnston passed away in 2015, but Auchrannie managing director Linda Johnston will continue to lead the Brodick-based business once the transition is complete. The rest of the current management team will also remain in place.

There are now 92 employee-owned companies with about 7,000 employee owners in Scotland, turning over around £930.

Investors in Scotland view Brexit and low interest rates as the biggest threats to their wealth, according to a new survey of more than 1,000 UK savers and investors and 500 High Net Worth Individuals.

50 per cent of investors surveyed by Rathbone Investment Management saw Brexit as a major threat to their wealth and the same amount considered perpetually low interest rates as a key concern. By comparison, just 35 per cent saw inflation as an obstacle to building and maintaining wealth.

Numerous economic bodies have predicted recently that Brexit will have a negative effect on the UK economy and consumer finances, and this survey shows that so far the majority of Scottish investors feel ill prepared for the UK’s upcoming exit from the EU.