Shredding and document storage firm Shredall has grown its business in Scotland by 50 per cent year-on-year after recording its best ever quarter results at its South Lanarkshire headquarters.

The company turned over £250k during the first four months of 2015, up from £165k for the same period last year. It credits this increase on a sales strategy focused on the local area within a 50-mile radius that covers Edinburgh and Glasgow.

The firm has also welcomed three new staff members in 2015, including an apprentice from the local area. 18-year-old Jamie Biggar joined full time on 15th June as the first member of the company’s newly established apprenticeship scheme.

His six-month training initiative has been set-up to provide training and financial backing for young, local talent and is being part-funded by the Routes to Work scheme, which offers support and advice for unemployed Lanarkshire residents. Shredall will provide grant-funded training for its newest team member in his first job.

Confidential waste manager for Shredall Scotland, Brian McCulloch, said: “We’re rooted in Lanarkshire, and many of our longstanding customers are based just a few miles from our headquarters. The latest growth figures show that our business plan works.

“We’re also conscious that this area suffers from a high youth unemployment rate and the apprentice scheme is our way of giving something back to the community and boosting the local economy. Jamie has settled into the Shredall family really quickly and we hope that he will continue to develop skills here at Shredall that will benefit him for the rest of his working career.”

Lloyd Williams founded Shredall Scotland in 2007 with one truck and one driver. Today the company employs nine people at its site in Larkhall, South Lanarkshire, serving its customers using five vehicles.

The company has also just become the only waste destructor in Scotland to be NAID accredited; the National Association for Information Destruction conducts annual and random audits, which have validated the respect for confidentiality demonstrated by Shredall staff at all times.

Investors are being urged to tap into £10 billion of development opportunities in seven Scottish cities.

The Scottish Cities Alliance has issued a prospectus ahead of MIPIM UK, the largest gathering of the country’s most powerful property players which takes place in London from 21 – 23 October.

On offer to investors is a range of leisure, office, residential and industrial investment schemes, some already under way.

They include the Edinburgh Park, Fountainbridge (pictured above), Haymarket,  New Waverley and St James’s developments in Edinburgh, the regeneration of Aberdeen City Centre, the City Science project and Ingram St developments in Glasgow, and the central waterfront in Dundee.

This is the second year the Scottish Cities Alliance,  the partnership between Scotland’s seven cities and the Scottish Government, will have a presence at MIPIM UK.

Counillor Andrew Burns, chairman of the alliance, said: “Together Scotland’s city regions have a strong story to tell, and collaboratively we are making a significant impact in a very competitive environment.

“The new Investment Prospectus sets out our stall to influential players in the property market and is a showcase for the opportunities currently open to investors to unlock the future economic potential of a connected Scotland.

“It sends a clear, singular, message that Scotland is going for growth and reflects the public sector’s commitment to providing infrastructure for future investment, our low carbon and smart cities initiatives.”

Earlier this month the Scottish Cities Alliance launched its Smart Cities Scotland programme which aims to make city services more effective and environmentally friendly by using data to do everything from managing traffic congestion to maximising energy efficiency through smart grid technology.

You can read more about the city plans in Daily Business. 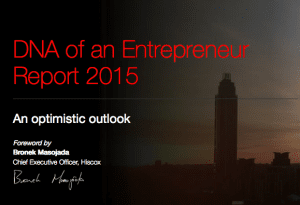 Nearly two-thirds of the small businesses are optimistic about the year ahead, according to a report carried out by Hiscox.

The seventh annual DNA of an Entrepreneur Report suggests “a new air of confidence”, with businesses innovating, expanding and exporting with real success.

The report highlights innovation as a prominent theme this year.

It says: “The rate of new products and services launched by small businesses has picked up markedly in the past year – and is set for further acceleration in the coming year. This is particularly heartening given that the part that small and medium-sized businesses have to play in global innovation is well chronicled. They are a nursery for new ideas.

“With the freedom to pursue innovations that might never be sanctioned in a bigger company, small businesses consistently generate a disproportionately large number of the new patents granted globally each year and as that continues so does the chance that today’s micro-business becomes tomorrow’s top corporation.”

Bronek Masojada, Chief Executive Officer of Hiscox, warns however that not all in the garden is rosy.

“Policymakers should take heed. Small businesses are an important growth engine and in the current economic climate must be encouraged by what is possible rather than dissuaded by red tape.”

You can read more on the DNA of an Entrepreneur here.

Tech Track 100 is compiled by Fast Track and published in The Sunday Times each September, with an awards event in November and alumni dinners throughout the year.

The impact of rising costs is doing little to dampen the growth aspirations of small and medium-sized businesses in Scotland, according to new research by Clydesdale Bank.

The new survey by the bank, conducted among 750 SME decision makers, reveals that while small and medium-sized businesses are experiencing rising costs, the majority are rolling out expansion plans as faith in the UK economy grows.

Nearly two thirds (65%) of Scottish SMEs said their costs had risen in the last 12 months, with raw materials, staff salaries and utility and energy costs creating the most concern. The perception of rising costs is most notable in the manufacturing, food and drink, hospitality and legal sectors.

However, despite the challenges faced by smaller businesses as a result of increased costs, two thirds (66%) are expecting to invest in their business in the coming year, with new equipment, premises and staff being top of the priority list.

One in three (33%) believe their business’ turnover will grow by an average of 11% in the year ahead. Almost half (48%) believe it will stay the same while 16 per cent feel sales will dip.

This investment is being driven by confidence in the UK as a good place to do business. Two fifths (41%) of Scottish businesses feel the economy is in a better position today than before the recession, a belief which is potentially acting as a buffer to the rising costs.

Alastair Christmas, regional director for business and private banking, said many businesses had used the experience of the recession to reduce the impact of rising costs.

“Despite rising costs, Scotland’s small and medium-sized businesses are demonstrating they have the financial flexibility to weather leaner periods and now have the appetite to grow.

“We’ve spoken to hundreds of small businesses up and down the country and found many are working hard to protect themselves from these rising costs, but also extremely confident about the current state and future direction of our economy.”

You can read more in Business Quarterly.

Zero Waste Scotland is calling on Scottish organisations to use less energy and make significant savings on their energy bills with a new package of support released today by the Resource Efficient Scotland programme.

Marissa Lippiatt, Head of Resource Efficiency at Zero Waste Scotland said: “Resource Efficient Scotland has helped over 1,500 SMEs in Scotland to look at their resource use and find ways of making savings. On energy alone, the average cost saving identified is over £19,000 per business. And very often these savings can be realised by taking simple, no and low cost action.

“This new guide will show businesses how they can conduct their own in-house audit to find these valuable energy and cost savings. Business that take advantage and improve their energy efficiency can prepare their operations to face rising energy prices, increasing climate change legislation and the growing demand for environmentally responsible suppliers.”

You can read the full story and some case studies in Business Quarterly.