Yesterday’s Summer (Emergency) Budget emerged to support on the one side and cries of “con tricks” on the other. Suffice to say, Business for Scotland members don’t believe it has gone far enough to support business, the economy or hard working families. Some of our members share their thoughts on the budget with us today: 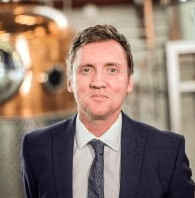 Ian McDougall, BfS finance spokesman and MD of McDougall Johnstone, said: “We have had recent warnings from the IMF and eminent economists that cutting budgets before increasing productivity and wages would be damaging to the UK recovery and, true to form, the Chancellor has ignored them.

“We have stated before that productivity growth is the main factor in determining average living standards and that the UK is lagging way behind our competitors. There is not one single measure of substance that focuses on increasing levels of productivity and business growth. The Chancellor has ducked committing to the big infrastructure projects, has cut the Annual Investment Allowance from £500,000 to £200,000, removed maintenance grants and increased university tuition fees, making it more difficult for those wishing to access further education, thus reducing the pool of talent we need to drive the economy in the next generation. A damning admission of defeat from a Westminster Government that has simply run out of ideas on how to grow the economy.

“We do welcome the increase in the Living Wage but are bewildered as to why this has been set at £7.20 and not £7.85 as recommended by the Living Wage Foundation, and why he believes only those over 25 deserve a living wage? This looks less like a commitment to increasing living standards and productivity and more like a smokescreen to take attention away from the swingeing cuts in tax credits faced by many of those earning at the bottom of the pay scale.

“Successive Chancellors do not understand that business needs investment in infrastructure, a pool of well educated talent, readily accessible market for funding and investment, and a consistent and fair tax system.  They have failed to deliver on this throughout the previous Parliament and as long as business continues to be stifled, so will productivity and growth and the wages of the vast majority of employees in the UK.” 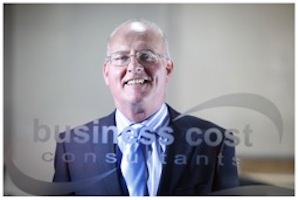 Donald Maclean, MD of Business Cost Consultants, said: “Some of the budget measures were positive. However, by only raising the minimum wage of £6.50 per hour to the Living Wage of £7.85 for all those aged 21 and above, Osborne could have lifted the working poor out of poverty, generated more taxes and stimulated the economy. Instead, he has given a little and taken back more from families receiving family tax credits. He has been particularly harsh on those aged between 21 and 25, and working families. I would like to have seen the announcement of capital projects to stimulate the economy.

“I was also very disappointed to see the Climate Change Levy exemption being removed from electricity generated from renewable sources such as wind, waves, hydro and tides. This is an attack on an industry in its infancy and which is vital to helping us reduce carbon emissions.” 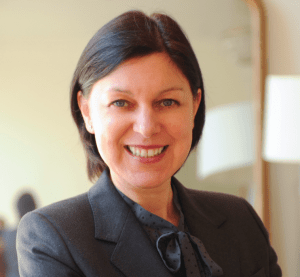 “Where are the increases in capital spending so urgently required to push our economy into a higher growth path?

“Where are the tax incentives for R & D that would help tackle low productivity?

“This is a budget shy of ambition, that overlooks important opportunity, like raising the Minimum Wage to the Living Wage, a move that would not only tackle national inequality – the real inhibitor to economic growth – but increase tax take and save on benefits.” 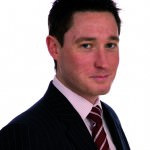 Rob Aberdein, chairman of BfS and partner with Aberdein Considine, said: “The announcement of the new National Living Wage is a step in the right direction, but it doesn’t go far enough.

Low pay costs Scottish taxpayers £1bn every year in benefits that would be unnecessary if people were paid enough to live on.

“And finally, let’s be clear: tax credits don’t need to be cut in advance of the Living Wage, that will simply serve to slow down the economy and hit hard working families even harder.”

A new energy hub has been launched to help Scottish businesses to break into the growing renewable energy market in Japan.

‘Scotland House’ will be available for free to Scottish companies and stakeholders while they build relationships with the Japanese offshore renewables and marine energy sector. The centre will be based at the Nagasaki Dejima Incubator in south-east Japan.

The Japanese government has pledged over £200bn in funds to assist the transition to new forms of power and is looking to deregulate the Japanese electricity market in order to speed up the development of new sources of power.

Firms that invest in employee ownership reap major dividends – Employee ownership presents a solution to what some have labelled a “succession time bomb”. Specifically in Scotland, a country where family businesses account for more than 60 per cent of SMEs yet only seven per cent reach third generation family ownership, planning for the future has never been more important.

The Forth Bridge has been granted Unesco World Heritage Site status, putting it alongside the Pyramids of Egypt, the great Wall of China and the Sydney Opera House in terms of cultural significance.

World heritage status is given to sites of “outstanding universal value” with the aim of protecting them for future generations.

When it was constructed it was one of the most ambitious projects of its kind ever attempted, and at its peak, more than 4,500 men were employed building it. Scotland’s other World Heritage Sites are New Lanark, St Kilda, the Old and New Towns in Edinburgh, Neolithic Orkney and the Antonine Wall.

You can watch a BBC news report about the bridge here.