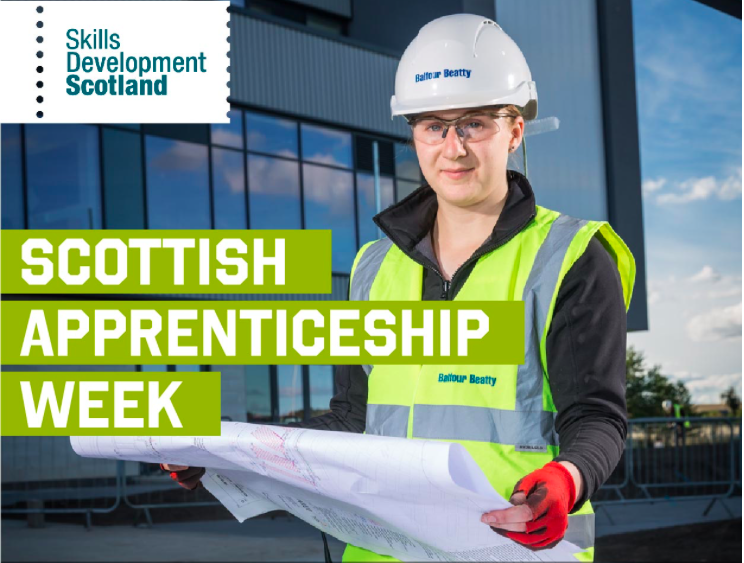 Figures from Skills Development Scotland reveal the number of Modern Apprenticeship starts in 2016/17 hit 26,262, beating the target of 26,000, with more than three-quarters taken up by 16 to 24 year olds.

The data, published at the start of Apprenticeship Week, echoes findings from Grant Thornton’s new ‘Generation Apprentice’ report, suggesting there is ongoing evolution in the way apprenticeships are viewed throughout the UK, with more employers, young people and parents recognising it as a valuable route to a successful career.

The report also investigated the attitudes of 500 UK employers. The employer findings, developed in partnership with City & Guilds, showed a similarly positive sentiment about hiring apprentices, as providing training on the job also enables organisations to meet the skills requirements of their business in an agile and flexible way.

Half of the employers surveyed said that they plan to recruit more apprentices than they do now in the next five years.

Scotland’s next generation of entrepreneurs are being urged to enter a competition that offers substantial cash and mentoring support, and which has just launched in Scotland for the first time.

The KickStart project, which is open to 18 to 25-years-old entrepreneurs, offers the winner a grant of £10,000 along with £10,000 worth of mentoring and accountancy advice, whilst two runners-up will each receive £5,000 worth of mentoring and advice.  The competition, which launched in 2013 by Baldwins, is now being rolled out in Scotland by Campbell Dallas & Springfords.

The awards are not restricted to any sector and everyone who enters will have the invaluable experience of preparing a business plan. Ten entrepreneurs will be interviewed about their ideas, with three being invited to present to more than 400 people at Edgbaston Cricket Ground in Birmingham on Thursday, November 15.

Last year, 19-year-olds Harry Smith and Jack Cornes won the top prize for their concept of wall-climbing painting robots, with the investment enabling them to develop an investor-ready prototype.

The Scottish cruise industry is set for record levels in 2018, with increases in the number of vessels and visitor activity around Scottish ports.

A total of 761 vessels visited Scotland last year, bringing with them more than 680,000 passengers. There are currently 815 vessels with approximately 821,000 passengers expected in the season that gets underway this month and continues through into the autumn.

The cruise industry is estimated to be worth almost £100m annually to the Scottish economy. Cruise Scotland’s membership includes 16 ports, two major ground handlers and five associate members in the tourism sector.

The 2017 figures include a record-breaking year for the Port of Cromarty Firth, which welcomed more than 151,000 passengers on 93 ships to Invergordon and the Highlands in 2017. That was a 54 per cent increase on the previous year.

The Scottish government has committed to a publicly owned national investment bank that campaigners and leading economists hope will tackle the country’s chronic lack of investment.

Speaking at the launch of the implementation plan, FM Nicola Sturgeon, said the “truly transformative” measure would be operational by 2020.

Key recommendations include establishing the bank as a public body, that it should be ethical and inclusive, and that it should be “mission-driven”, funding big ideas such as the transition to a hi-tech, low-carbon economy.

Almost £500m will become available for new investment over the next three years.

The plan sets out a range of products, including microloans for small enterprises, loans of up to £10m for businesses wanting to scale up operations and targeted debt support.

Edinburgh is the top “hot spot” for hotel investment and development in the UK, having moved up four places in the table, a key survey has revealed.

Glasgow is ranked 10th among the hot spots in the survey by real estate services company Colliers International. The survey analyses 34 UK locations, using nine indicators. Manchester has fallen out of the top 10.

Colliers said Edinburgh had ranked top of the table because of a number of factors, including the fact the Scottish capital had recorded the highest occupancy out of the 34 cities in the study, at 83.7 per cent.

Leave a Reply to JohannaW X