A new whisky training course has been launched, aimed at attracting women to the industry. Whisky for Girls (&Guys!) is the brainchild of Rachel MacNeill, who has been working on the concept for three years.

A total of 14 people go to Islay to learn whisky making theory from Professor Paul Huges, formerly of Heriot-Watt University and author of ‘The Science and Commerce of Whisky’, then experience the practical at five Islay distilleries.

Rachel says: “What is interesting about our course is that it focuses on the whisky region of Islay. Other distilleries offer whisky courses, but I don’t believe there are any, where people can experience and learn from a group of distilleries.

“This is our first class in October this year. But, I believe people will learn so much and enjoy it so much that many more will be clamouring to attend Whisky Course Islay 2016.I am starting small and thinking big.

“I believe that education is the way forwards in whisky marketing. Consumers are becoming so sophisticated that they wish to learn the specifics of a product.

“I am hoping that, because my business is called Whisky for Girls (&Guys!) , more women will be likely to book a place on the course. I think it is very important to bring whisky to women. Blanking half the consumers available for one’s product whether intentionally or unintentionally is so old hat!”

An innovative seminar for Women in Business has been launched in Scotland.

The two day seminar aims to explore those issues and challenges that are specific to women in business and provide insight, mindset and behaviour change that will assist them to experience greater fulfillment and satisfaction in both work and life..

Organisers say it is an innovative intervention that works at the levels of values, belief, emotions, behaviour and skill.

There is a reduced rate for Business for Scotland members, and members may also qualify for a grant via Skills Scotland that offers a discounted rate. 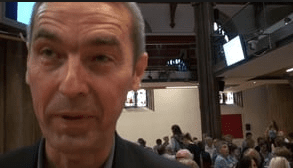 The Scottish Government (Local Government and Communities Directorate) is promoting the U.Lab, a global programme run by MIT (Massachusetts Institute of Technology) and led by Otto Scharmer.

Fiona Savage participated in the first U.Lab in January and will be hosting a U.Lab hub in central Scotland on of the topics  across Transforming Business, Society, and Self.

U.Lab will run from 10 September until end-October 2015, and will be delivered partly online and partly through the local hub, meeting together (physically or online), at no financial cost.

Fiona says Otto Scharmer is one of the world’s most respected thinkers and change practitioners. “U.Lab provides world-leading expertise on how to accelerate change; participants themselves will bring the particular issues that are important to them,” she explains.

“Given the potential we believe U.Lab has to support communities and improve outcomes, the Scottish Government is working with Otto Scharmer to deliver additional bespoke Scottish elements of the global programme, including developing a supporting local infrastructure of hubs across Scotland.

You can watch Otto Scharmer in action here

Foreign companies are investing in Edinburgh in record numbers.

New figures show that 11 overseas firms announced their arrival in the city in July –  the highest monthly figure since they were first recorded in May 2008.

The Edinburgh Investment Tracker, produced by the city council, shows that companies from the United States, Germany, South Africa and the Netherlands were among those investing in the capital. They created about 200 jobs.

Cllr Frank Ross, economy convener, said: “The average number of foreign direct investments each month is normally around two or three so this news, which will bring more jobs to the city, is very welcome.

“Edinburgh is the most prosperous city in the UK outside London and there is tremendous confidence in investing here at the moment.”

Billions of pounds worth of investment is being ploughed into 12 key development sites, which include Edinburgh St James, New Waverley and The Haymarket. The arrival of the trams and Edinburgh Airport’s expansion, as well as the many new flight routes introduced in 2014/15 are also contributing to Edinburgh’s prosperity.

Calls have been made for Scottish ports and airports to be considered as alternatives to Channel crossings for businesses as the situation in Calais continues to cause long delays.

Businesses in Scotland are suffering as a result of the delays, with concerns over perishable goods and losing customers to foreign competitors who are not affected by the delays.

It comes after plans were put in place to trial a ”quick-to-market” route for vehicles carrying fresh produce to France.

Freight carrying perishable goods are to take priority, with lorries carrying livestock and fresh produce such as fish and meat to be sent directly to their crossings, avoiding Operation Stack in the south of England.

The Scottish Government welcomed the move but is planning further talks to explore potential alternative routes for Scottish businesses.

Prestwick Airport, owned by the Scottish Government, is one site being considered to transport goods to France.

The potential solution would see fish loaded onto Boeing 747s at the Ayrshire hub and then carried by air to the continent.

The money will be funneled into its Eastern Trough Area Project (ETAP) as part of a special life extension project, securing its future through to 2030.

The area, which is comprised of nine different reservoirs, is considered one of the largest and most commercially complex North Sea oil and gas developments.

He said: “We very much welcome the significant investment that BP is making to extend the life of the ETAP facility which has been supported by several of the fiscal measures introduced by the Government in recent years.

“We are seeing a real commitment from operators across the UKCS to improve the efficiency and productivity of existing fields, which is essential if the industry is to create a competitive cost base and sustain production.”