Scotland was the only part of the UK to achieve an improvement in its international trade performance during the third quarter, a survey by British Chambers of Commerce reveals.

According to the survey, published in conjunction with parcel delivery and freight company DHL, Scotland saw a 2.15 per cent quarter-on-quarter rise in its export performance.

This contrasted with respective declines of 7.79 per cent and 13.31 per cent for London and Wales, with Scotland the only one of 12 nations and regions of the UK to see an improvement.

The survey is good news for Scotland, given the importance of export activity at a time when conditions in the domestic UK economy remain challenging.

The full story can be read in The Herald.

Michelin is to invest more than £50 million at its factory in Dundee.

The tyre manufacturer said new machinery to make larger tyres will see production increase by nearly a third, with the city sharing in 100 new jobs created across the firm’s UK operations. The program of £52m investment over five years in the Dundee plant will include a new 20,000 metre square warehouse.

Michelin is Dundee’s largest industrial employer, with almost 1,000 staff at the Baldovie plant.

The factory, which opened in 1972, manufactures more than seven million car tyres each year for export all over the world. In 2006, it became the company’s first site to embrace wind energy, with two turbine generators helping to reduce its environmental impact and energy bills.

While the news comes as a significant boost to the Dundee and wider Scottish economy, Michelin has announced plans to close its factory in Ballymena, Northern Ireland – a move set to cost 860 jobs.

The company said it will “run down” the Ballymena plant by mid-2018 as part of a restructuring plan that will see investment in its facilities in Dundee and Stoke on Trent. Michelin said: “The proposal to run down the truck tyre factory in Ballymena has been made in light of the significant downturn in demand for truck tyres in Europe since the financial crisis of 2007, which has seen the market decrease by over five million tyres.

“This reduced market has been made even more challenging by the huge influx of tyres made in Asia, which have doubled in the last few years, and increased competition.

“As a result, there is a strong need to reduce over-capacity and to concentrate Michelin truck tyre production in larger, more competitive sites.

“Despite great efforts and progress being made in previous years, other European plants are still more competitive than Ballymena.

“The machines at Ballymena are not capable of making the hi-tech tyres of the future, and the amount of investment required to upgrade the plant is prohibitive, particularly at a time when that capacity is not required.”

A consultation exercise with the workforce will now begin.

The National has more here.

Plans to build the world’s largest offshore windfarm off the north-east coast have been approved.

Norwegian energy giant Statoil will erect five 600ft turbines tethered to the bed of the North Sea, 15 miles from Peterhead.

The Scottish Government has today granted the firm a marine licence, allowing construction work on the huge structures to begin.

It will become the UK’s first floating windfarm, and the announcement will pave the way for Scotland to be a “world leader” in the industry.

Deputy First Minister John Swinney said Statoil’s decision to base the project in the north-east put Scotland at the forefront of this new renewable energy industry.

“Hywind is a hugely exciting project – in terms of electricity generation and technology innovation – and it’s a real testament to our energy sector expertise and skilled workforce that Statoil chose Scotland for the world’s largest floating windfarm,” he said.

“The ability to leverage existing infrastructure and supply chain capabilities from the offshore oil and gas industry create the ideal conditions to position Scotland as a world leader in floating wind technology.”

Rather than being embedded in the sea floor, each of the five 1,000-tonne turbines will be anchored down and allowed to float.

The concept means they could – in theory – be in water deeper than any turbine before, largely out of sight of coastal residents.

Statoil executive vice-president Irene Rummelhoff added: “We are proud to develop this unique project in Scotland, in a region that has optimal wind conditions, a strong supply chain within oil and gas and supportive public policies.”

The news was also welcomed by Scottish Enterprise and WWF Scotland, who hailed it as “significant opportunity” that would provide “clean energy”.

Maggie McGinlay, the director of energy and clean technologies at Scottish Enterprise, said: “This announcement is fantastic news for Scotland’s renewables industry as a whole, but in particular our growing offshore wind supply chain.

“We’ve been working closely with our companies to directly link them with Statoil for some considerable time to ensure they are in the best position possible to take advantage of the significant opportunities we know this development will bring.”

Energy Voice has the full story. 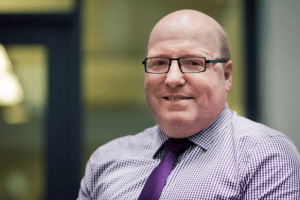 Bob Keiller has been appointed to succeed Crawford Gillies as the new chair of the board of Scottish Enterprise as of 1 January.

Keiller is the Wood Group chief executive officer having held the position since November 2012. He will step down from this position on 31 December 2015.

He was formerly chief executive of Wood Group PSN from April 2011 and CEO of Production Services Network prior to its acquisition by Wood Group.

Keiller was also chairman of the Offshore Contractors Association, the Helicopter Issues Task Group, the Entrepreneurial Exchange and co-chair of Oil and Gas UK.

He said: “I am looking forward to working with the team at Scottish Enterprise to build on the good work they have been doing and help them to improve even more.

“Scotland needs a vibrant and inclusive economy and Scottish Enterprise has a catalytic part to play in achieving this.”

This story is in Business Quarter.

Scotland is one of the biggest UK hubs for tech startups outside of London.

Skyscanner is a star, but the country’s startup scene extends far beyond that. Scottish companies are launching famous games, and even creating biofuel from whisky byproducts.

Business Insider collected some of Scotland’s top technology startups and ranked them by headcount, how much funding they’ve raised, and how exciting and original they are. 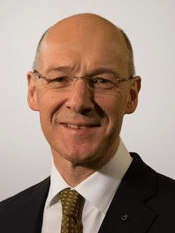 The number of private sector businesses in Scotland has risen to a record 361,345 – the highest since figures started being compiled in 2000.

The figure represents a year-on-year increase of 26,090 – almost 8 per cent between March 2014 and March 2015, according to official figures published today.

Over the longer term, the total number of businesses in Scotland has increased by more than 50 per cent between 2000 and 2015, an increase of 121,375 businesses.

Deputy First Minister John Swinney said: “It is hugely encouraging that there are now a record number of businesses in Scotland, creating jobs, generating inclusive growth and demonstrating the overall strength of the Scottish economy.

“In Scotland’s Economic Strategy we identified increasing the business base as a key driver for growth and competition across the economy and I am pleased to see that we have made improvements in this area, and we will continue to do so, supporting businesses to start and grow through Business Gateway and our enterprise agencies.

“In addition, recent figures show that the Small Business Bonus Scheme (SBBS) has benefited more than 99,000 commercial properties in Scotland by either eliminating or substantially reducing business rates.

“We work closely with bodies representing business, and seek to work in partnership with them in order so that Scotland is the best place to do business in the UK.”

“We will continue to do all that we can to unlock Scotland’s huge entrepreneurial potential, supporting businesses to flourish and grow, with the huge benefits that this brings for everyone in Scotland.”