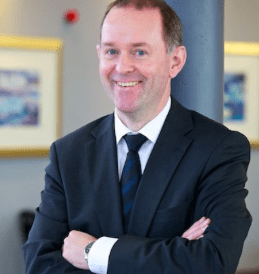 Glasgow-based Smarter Grid Solutions have won a key role in a deal to lower connection costs for renewable energy generation in New York.

NYSEG and RG&E are collaborating with Scottish technology firm Smarter Grid Solutions to test the new interconnect approach, making it easier and more efficient for large-scale producers of renewable energy resources to connect to the electric power grid.

Kenny Anderson, Managing Director of Anderson Construction and Business for Scotland member has called for incentives for renewables to be reinstated to support engineering expertise in the North Sea.

The Aberdeen-based businessman said: “The region has made the case for £2.9billion in support, but Prime Minister David Cameron visited Aberdeen to announce that Westminster would offer just £125million.

“Given Westminster has reaped well over £300billion from Scottish oil and gas fields during the past 40 years, you’d expect ‘the broad shoulders of Better Together’s Union’ to deliver substantially more.

“I think incentives for renewables should be reinstated and assistance with developing the new technologies is an avenue for the engineering expertise developed in the North Sea.”

Covered in the Press and Journal.

Crerar Hotels Trust has donated £4,000 to ‘Kids Love Clothes’, a Scottish based charity helping struggling families with young children in Edinburgh and the Lothians by providing much-needed quality kids clothing.

Kids Love Clothes work with professionals such as health visitors, midwives and social workers providing a much needed, seasonally appropriate wardrobe’s worth of clothes for each child. The support from Crerar Hotels Trust will specifically fund the cost of a year’s insurance and petrol for the van used to collect and deliver clothing. In 2015 more than 450 families received support. 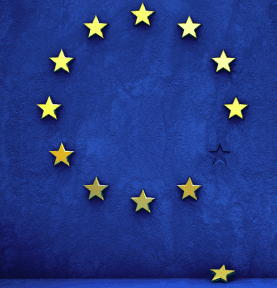 Business for Scotland will seek to be the lead business voice in making the case for Scotland and the UK to remain within the EU.

“Our members overwhelmingly support (82%) Scotland and the UK maintaining our EU membership. David Cameron’s draft deal has some merit in terms of the red card system for resisting ever greater union, but where is Scotland’s red card on being forced out of the EU against our will?

“His government has failed to give Scotland and the other UK nations a red card system that would stop English votes dragging them out of the EU if the people in those nations vote to stay.

“Admittedly Cameron has shown eurosceptics that he is able to put issues such as migrant benefits on the negotiating table and that will strengthen his hand, however, February’s European Council meeting has only produced a guideline agreement and the European Court of Justice could overrule or unpick any deal as it would have no legal substance.”

FTSE giant Scottish & Southern Energy (SSE) has waded into the public controversy over corporate citizenship and paying corporation taxes in the midst of the furore over the ‘settlement’ between Chancellor George Osborne and Google.

Google has been widely criticised for not paying enough corporation tax in the UK. Criticism which apparently triggered Osborne into action to announce that the US company is now to pay £130m back tax to cover the last decade – just over £1m per month.

“SSE believes it is important that there is greater transparency of all of our economic and fiscal impacts but we clearly recognise the important status of profit taxes.  Corporation taxes may be a fraction of the overall contribution made to the public finances by business, but they’re the taxes that land companies in the spotlight most often.

“That’s why SSE took the bold step of becoming the first FTSE 100 Company to be accredited by the Fair Tax Mark – the label for companies and organisations that are proud to pay their fair share of tax.”

Find out what Brandon Rennet, Energy Policy Manager at SSE said on the issue.

Engineering milestone passed as more than 500,000 Scottish homes and businesses can now connect to high-speed broadband.

The new fibre cabinet in Gretna Green became the latest in the £410m project to go live through the Digital Scotland Superfast Broadband programme, meaning the planned nationwide roll-out is now two thirds complete, with two years to go.
The Digital Scotland rollout consists of two projects – one covering the Highlands and Islands area, led by Highlands and Islands Enterprise, and the other covering the rest of Scotland, led by the Scottish Government.
The programme is due to pass 750,000 premises by the end of March 2018 and, alongside commercial investment in high-speed broadband, will mean around 95 per cent of all premises in Scotland will have access to services at speeds of up to 80Mbps*.
Read comments from Scottish Infrastructure Secretary Keith Brown and Brendan Dick, BT Scotland director.