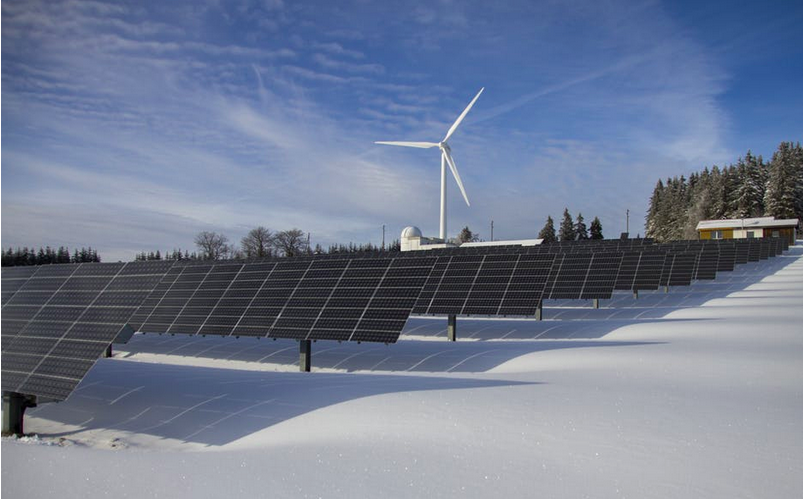 The spending by businesses, developers, farmers, landowners and communities means almost £700m has now been invested in the sector in Scotland in total, according to the sixth annual Energy Entrepreneurs Report produced by SmartestEnergy.

The 1,213 independent renewable projects – those outside of the traditional energy supply sector  –  in Scotland have a total capacity of just under 3 gigawatts (GW). Together they generate electricity worth around £350m and are able to power more than 2.1m homes.

Scottish farmers are behind 237 commercial-scale renewables projects and landowners, including a number of estates, account for 172 projects. The number of commercial-scale community-owned projects, which generate funds to be invested in local amenities, now stands at 65.  Specialist developers are behind the majority of schemes in Scotland, owning 552 projects at the end of 2017.

Scotland saw the highest percentage growth in overall independent renewable project numbers across Great Britain, with a rise of 10.7%. Its 21.7% share of total GB independent renewable generation capacity means it continues to punch significantly above its weight given its relative population size.

Scottish construction companies fear that Britain’s departure from the EU will see an exodus of workers to fill a skills shortage in London.

New data reveals that only 4% of workers in the Scottish construction sector are from other EU nations, making it less dependent on the trading bloc than may be commonly believed.

However, half of construction workers in London are non-UK EU nationals and firms in Scotland are concerned they will lose staff to fill thousands of vacancies when Britain leaves the bloc.

According to the latest Scottish Construction Monitor, a quarterly survey of the membership of the Scottish Building Federation, almost six in ten (57% ) of building contractors responding to the survey said they are concerned that the process of the UK leaving the European Union is likely to drive up labour costs in Scottish construction over the next five years.

Research by the Construction Industry Training Board (CITB) shows that around 8% of the UK construction workforce is made up of people from other EU member states.

Investment into Scottish offices has hit an all time record, with £342m transacted in Q1 2018.

According to the latest research from international real estate advisor Savills, strong investor demand for Edinburgh against a lack of opportunities sees prices continue to inch up, with prime yields moving in a further 25bps (basis points) to 5% in the first three months of 2018. This sees the gap between Edinburgh investment opportunities, and those in the South, narrow, says Savills, with the Scottish capital now on a par with Leeds and Bristol for the very best space.

In Aberdeen, 2018 has seen higher levels of office investment during the first quarter (£131 million) than in the previous two years and it marks the strongest year of overseas investment into Aberdeen on record. The headline deal was LCN Capital Partners’ £112.5 million acquisition of Aberdeen International Business Park, representing a 6.9% yield.

The first SME Growth Tracker of 2018, the quarterly report by Capital Economics, commissioned by Amazon UK and Enterprise Nation, reports today that overall, Scotland’s SMEs reported a rise in revenue of 1.5 per cent and a rise in employment of 0.9 per cent, during the first three months of the year.

The findings indicate an increase in productivity of 0.6 per cent over the past twelve months, around the same as the UK-wide increase of 0.7 per cent.

Overall, the SME Growth Tracker Confidence Index score for individual company performance was up 5 points to -8, compared to the UK score of -6, and up 6 points to -29 for confidence in the broader economy, continuing to recover each quarter following the lowest levels reported after the snap election in June 2017.

However, while confidence in the UK economy has increased quarter on quarter, Scotland’s SMEs remain the most pessimistic about the UK economy. Indeed, – with a score of -29, Scottish SMEs underperform the national score of -18 by eleven points.